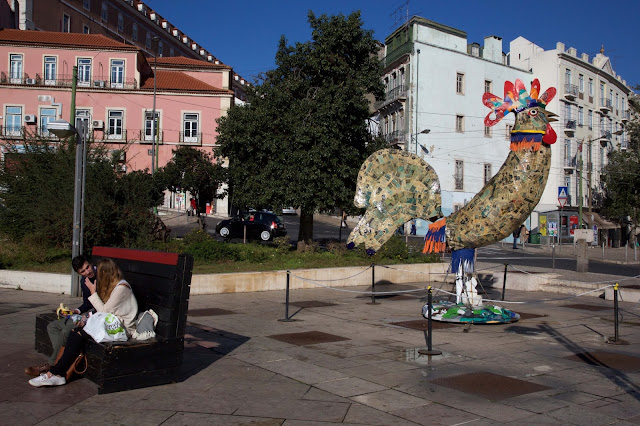 Yesterday we had a decision to make. We could take the train to Sintra, a town northwest of Lisbon where the nobility used to go to escape the rabble of the city, or we could spend our final day wandering a few more neighborhoods.

This wasn't a decision to be taken lightly. Sintra (which my spell-check wants to change to "Sinatra") is a UNESCO world heritage site and it's pretty much the one day-trip every Lisbon visitor is expected to do. Apparently there are forests and a colorful palace, among other things. 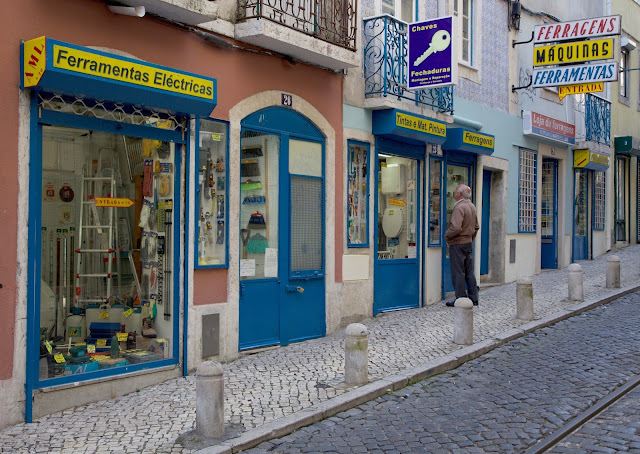 But Dave wasn't convinced, and since I am always fine just walking around and exploring, we did that instead. We walked through the neighborhoods of Mouraria (named after the moors, who lived among its steep, narrow streets in the middle ages) and Graça. 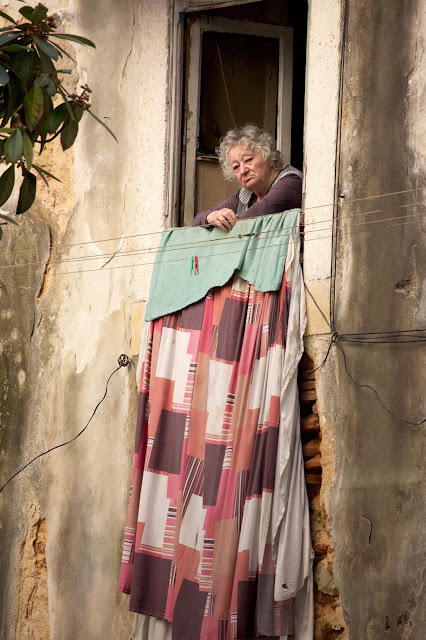 I was seriously considering doing an entire blog post about laundry in Lisbon. You see such an incredible assortment of clean clothing, towels and bedclothes hanging out to dry!

In Graça we sat at a cafe with an incredible view overlooking the city and had grilled cheese sandwiches. We watched a very energetic golden retriever annoy his owner by playing with a huge plastic bottle. 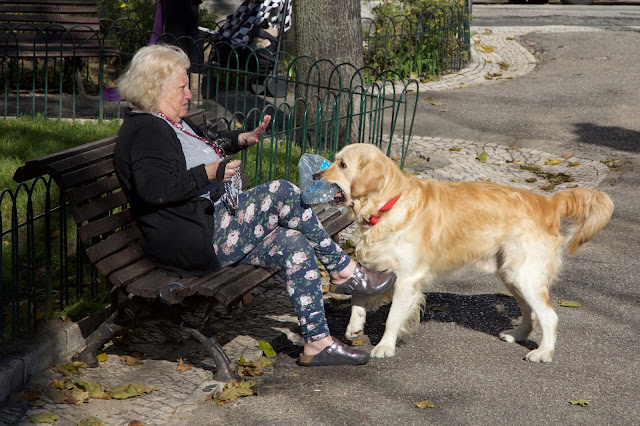 Then we kept walking back down into Alfama and eastward. We wound up getting kind of lost, which is always fun. We stumbled into Lisbon's famous outdoor flea market, which was packed with vendors selling vinyl records and toys and used pottery and clothing and all kinds of junque, but we didn't stay because Dave is not a fan of flea markets. (One point on which he and I differ -- I could have spent hours there! But it's just as well I didn't, so I don't have treasures to haul back to London.) 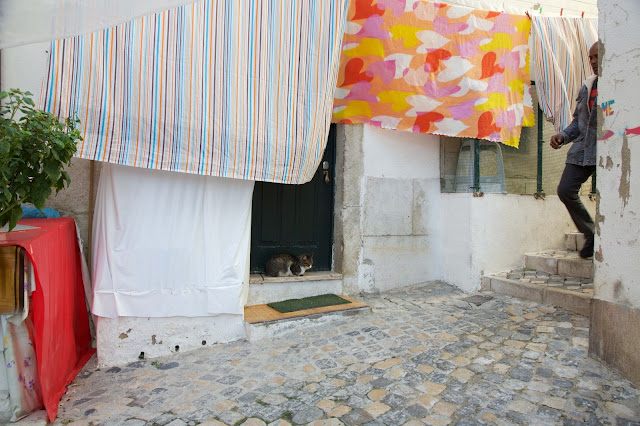 We eventually found our way back to our hotel, past more laundry and the occasional sleeping cat. 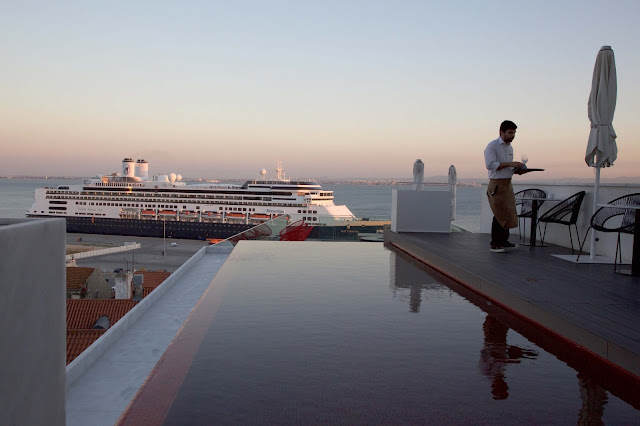 A huge Holland America cruise ship has been moored in the river below our hotel for the last few days. From the wine bar, with its infinity pool, we watched as it set sail yesterday evening. Then we went to dinner at a little tapas place, coincidentally near the flea market where we were earlier in the day. We hired a tuk-tuk, a sort of auto rickshaw, to take us there -- it was a Portuguese version of Mr. Toad's Wild Ride. Our tuk-tuk driver, Lisa, was a master of the back streets and took us past Lisbon's grand, illuminated São Vicente de Fora church and the domed Panteão.

Today, back to the airport and home!
Posted by Steve Reed at 7:13 AM