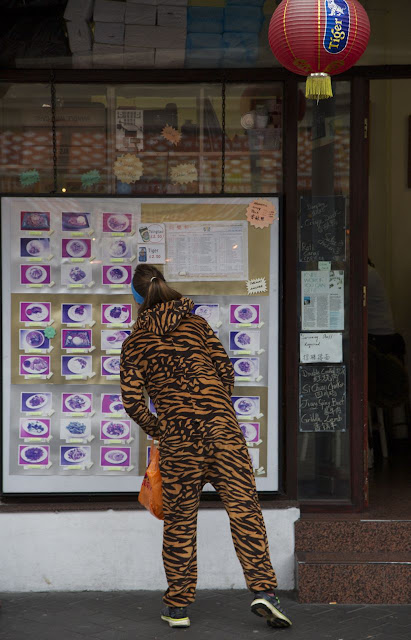 Yesterday Dave and I went to see "High School Musical," which our school drama class has produced on stage. I've never seen the movie so I wasn't sure what to expect. Now I think I'll skip it. At the risk of sounding old and curmudgeonly, it's not "South Pacific."

The kids, however, did their best with the material at hand, and many of them surprised me by effectively playing characters so unlike their everyday personas. Now at least I can talk to them about the show, which will hopefully win me some points so I won't be seen strictly as the Library Enforcer. (Everything is political, right?)

Each year local OAPs, or Old Age Pensioners, are given free access to the Wednesday show, and yesterday was no exception. But at least one of them, sitting in front of me, felt the way I did about the script. He kept frantically waving his hands in a dismissive manner and in a quiet moment I heard him mutter "garbage" out loud. Yikes! Old people really lose their filters, don't they?

(Photo: South Kensington, on Sunday.)
Posted by Steve Reed at 6:18 AM