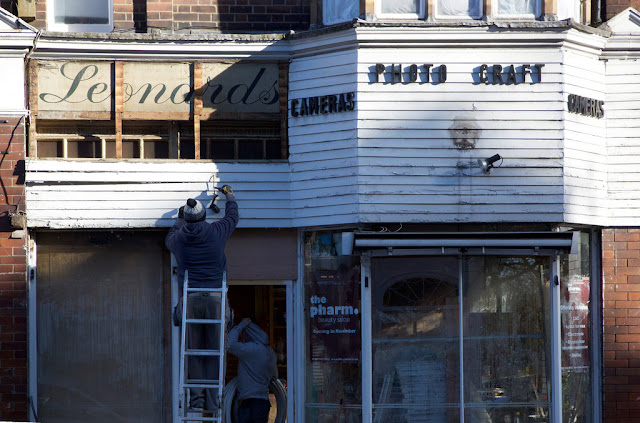 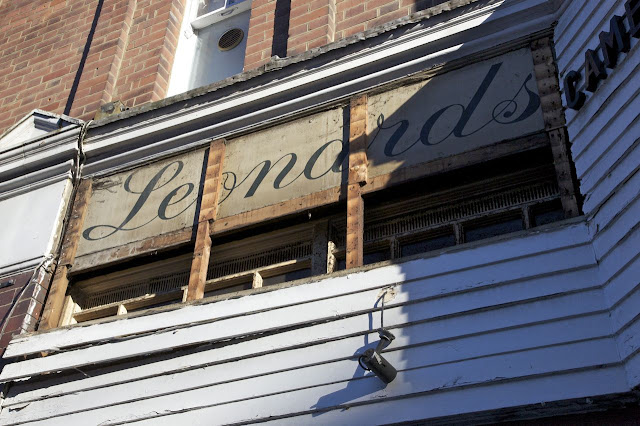 Los Angeles still has some old camera stores, probably sustained by "the business," as we call it here. Samy's is still a booming place and actually a fun stop when I have out of town guests. This post, though, makes me yearn for the old days of film and bringing it to be developed -- even developing it yourself.

A beauty shop ey? Make sure you are there on the opening morning as you will probably get a good deal with discount vouchers and sample products. Alternatively, you could wear a burkha. As a bonus, Olga could walk under it when it's raining.

There's a camera shop in my old stomping grounds in the city. I guess it's still there. been over a year since I've driven that stretch of road.

I can't imagine getting up as early as you do. even at 6:30, we're still in bed for at least another hour.

Good Lord. It seems like every other shop in London is a beauty shop. No excuse for not being well-groomed!

Your comment about the weather made me pop over to Abbey Road webcam to check out the weather. I was just in time to see a big truck pull in to the studios that said "Creative Cocktails" on the side. I think there's going to be a party tonight!

Intriguing sign underneath. We still have a camera shop downtown; I'm not sure how they keep going except the next closest one is about two hours away, so maybe there is still enough business here.

Olga is smart. And lucky :)