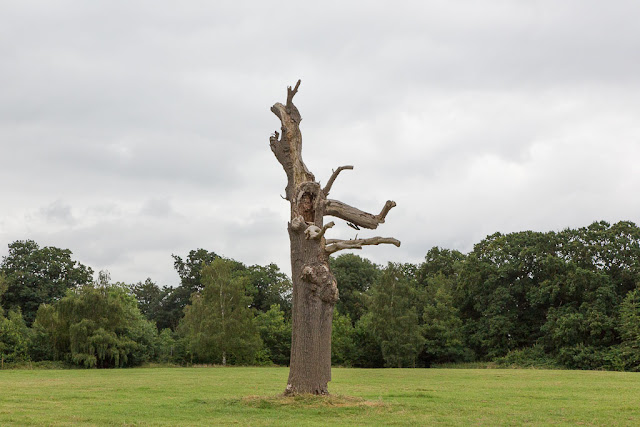 Thanks for all your good wishes on my post yesterday. My dad is now off the ventilator and is apparently conscious, at least partly. His blood pressure and blood oxygen are good, according to my brother. So this is encouraging.

My approach is to assume that all will be well until there's reason to believe it won't be. I think that's sensible. We're moving forward. 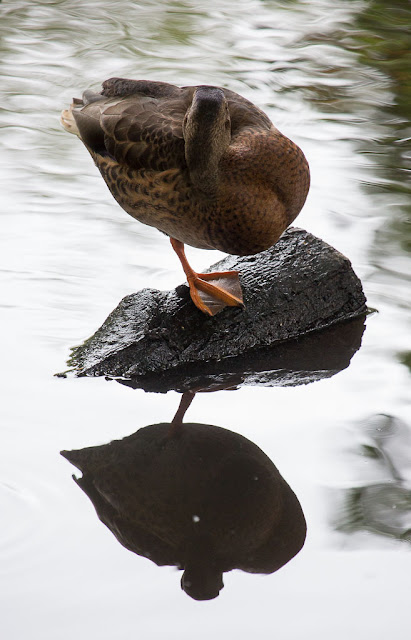 Yesterday I went to Trent Park, near Enfield, with a group from the Royal Photographic Society. Remember Bleeding London, the project I worked on in 2014-2015 to photograph every street in London? Well, this year's local RPS project is called Breathing London, and it's focused on photographing the city's parks and open spaces. I hadn't participated at all until Tuesday, when I finally registered. (The project has been going on for months. I'm a little late!)

I first went to Trent Park in January 2012, about six months after Dave and I moved to London. I hadn't been back since, though, so it was fun to go again and do some more exploring. 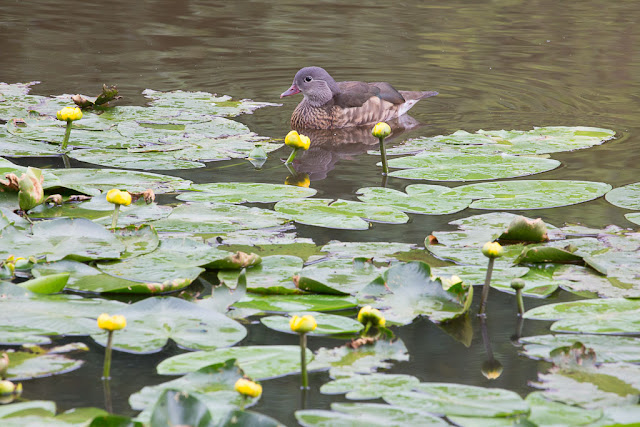 As you can see, the ducks love Trent Park!

I met up with six other RPS photographers, and we wandered for a couple hours, taking photos of the yellow ragwort and purple thistles in the fields, the hilly landscape, the immense trees and the ponds. At one point we got off the trail and wandered across fallow farmland and through a forest -- but the good thing is, in such a confined area, you can't stay lost for long. We found the road again and made our way to the cafe for, in my case, coffee and an egg salad sandwich. Then I had to zip home to Skype with my brother.

Last night I uploaded my new pictures to the Breathing London web site. So I'm back on board with an RPS project!
Posted by Steve Reed at 7:59 AM