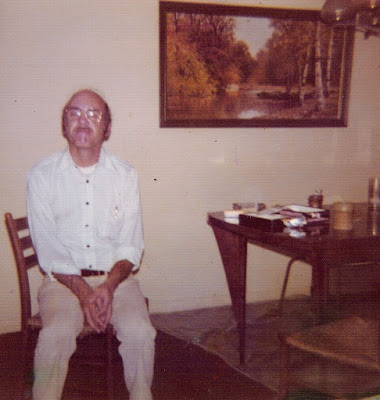 My dad didn't particularly like the spotlight. He certainly didn't like making his business known beyond the walls of his house, or the maze of fences he erected on his property. So I feel a bit conflicted writing about him and sharing these photos. He freely admitted being a bit of a loner -- he could be social if required, but most of the time he saw no need. All he wanted in the world was to spend time with his family.

Yet, when I was a newspaper journalist, and occasionally turned to my family for writing material, he never discouraged me. So maybe he wouldn't mind.

Above is the first picture I ever took of Dad, from my first roll of film. It was 1974 or so, and I'd just received my Magimatic camera for Christmas. The packaging is sitting on the table in front of him. 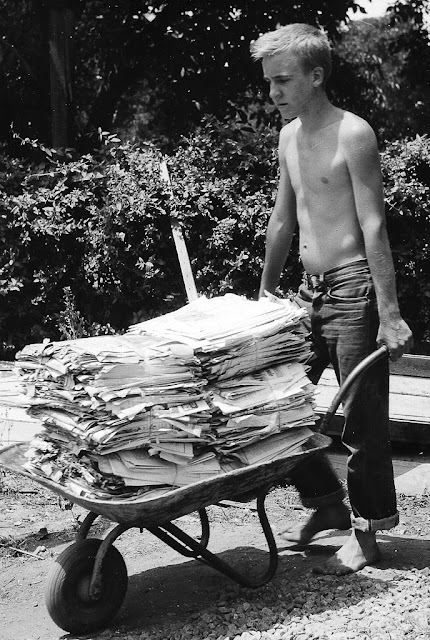 Dad was born in St. Louis in 1937 and grew up in Southern California, where, driven by his Scoutmaster father, he attained the rank of Eagle Scout and learned to love both girls and math -- almost certainly in that order. He went to college -- the first in his immediate family to do so -- and went on to earn a PhD in mathematics from the University of Maryland.

As a young man, he was adventurous. In the 1950s he traveled around the country with friends from high school. He kept a journal, which I have now, recounting experiences like a fender-bender in Miami and a fancy French dinner in New Orleans. 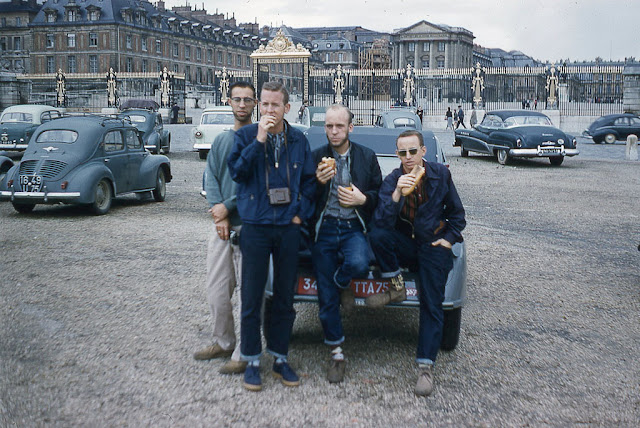 A year or so later, he booked passage on a freighter with some of the same friends, sailed across the ocean and drove around Europe for weeks. They scrimped to make their money last, eating sandwiches outside Versailles and occasionally sleeping in the car.

After graduate school, when he was recruited in the early 1960s to teach at a new university in Tampa, he was glad to get away from chilly, gray Maryland. Being a Californian, the sun was in his blood. 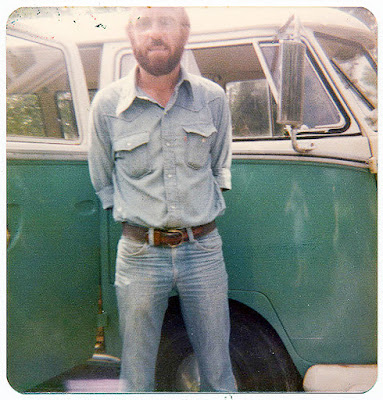 Most of my dad's career was completely impenetrable to me. I can't pretend to even remotely understand his PhD dissertation. It came with an elaborate mathematical graph. You know how mathematical graphs are usually parabolas, or something of the sort? Well, this one was a huge, circular, undulating thing -- like a gigantic poppy, or a gelatinous sea creature. There was so much in his mind I just couldn't fathom.

He said he liked math because it's neat. There's only one correct answer.

He married my mom in the early '60s. After moving to Tampa, they had me, and then they had my brother. And then, in the crazy, experimental social environment of the early '70s -- when so many marriages ran off the rails -- theirs did too. My dad became quite the rebel. He got rid of any clothing that wasn't denim. He bought a motorcycle -- a short-lived enthusiasm -- and a series of Volkswagens, which he disassembled and assembled with abandon. (Cars were another interest I could never understand.)

He had a bachelor pad where he painted big, swirly, abstract canvases. (Actually, maybe just one.) There were bean bags on the floor. We watched "The Rockford Files" and ate at Steak n' Shake.

Then he built a new house and, in 1976, he married my stepmother, who brought two children of her own into our family. My brother and I adapted, but it was a process. At work, Dad's coworkers called him "The Peacemaker," and he was a bit of a peacemaker in our family, too. 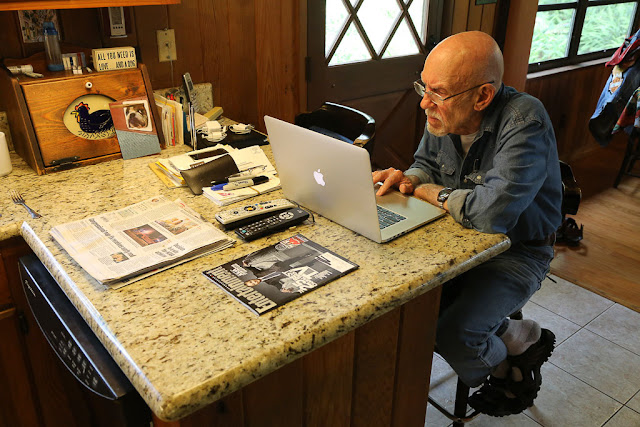 He taught me how to use a 35mm camera, his own Minolta. I remember walking around the yard with him and taking photos. He showed me how to measure the light, how to adjust the settings. I often credit him with teaching me to take pictures, but in all honesty, we only did it a few times.

I don't mean he doesn't deserve the credit. But Dad -- although kind and soft-spoken, even when he was disciplining us (his anger was usually of the "I'm so disappointed in you" variety, rather than outright rage) -- could be a bit remote. He came to our concerts and plays and childhood events. He picked my brother and I up from our mom's house every Friday, dropped us off again every Saturday, and picked us up again every Tuesday night for dinner. He was there, in a way that so many divorced fathers are not.

And, significantly, he was unfailingly supportive when I came out as gay in the mid-'80s.

But he also liked doing things his way, and doing what he wanted to do. He sometimes pulled into himself, particularly as he got older. He sat at the bar in the kitchen, absently watching TV or just staring into space -- "cycling his mind," as he called it.

He once told me he wasn't a good talker, and I think he sometimes felt bad that he wasn't saying more. It just wasn't in his nature. 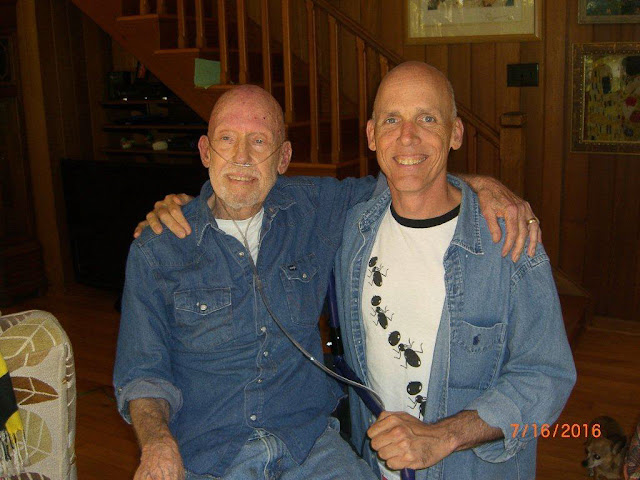 This is my last picture with him -- taken only two weeks ago, which seems hard to believe.

Dad died at 1:30 in the morning yesterday, before I took flight from London to return to the family. I came anyway, and I'm in Florida now. There will be no services, according to his wishes. I spent yesterday evening with my stepmother and my siblings at one of Dad's favorite steakhouses. It felt oddly normal. I had to keep looking around the table to remind myself that he wasn't there.
Posted by Steve Reed at 9:54 AM