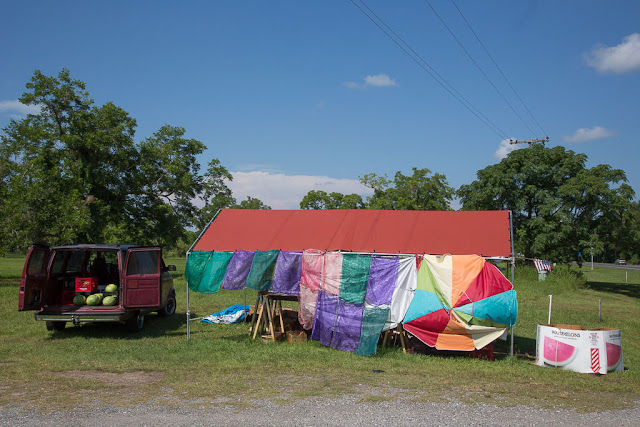 I drove back to Tampa from Jacksonville yesterday. Again, I took a slightly longer scenic route, through the town of Macclenny -- where I'd never been -- and south through Archer and Newberry to U.S. 41.

When I stopped to photograph this vegetable stand, I first opted to buy a few in order to curry favor with the owner. He was a harried older guy with no teeth, and I forked over $7 for a big cantaloupe and a box of tomatoes. When I asked for a picture of the stand, he couldn't have been less interested. A few minutes later I showed him the result. "Great," he said, unenthusiastically.

I came across this farm where the buildings seemed to be made almost entirely of windows. 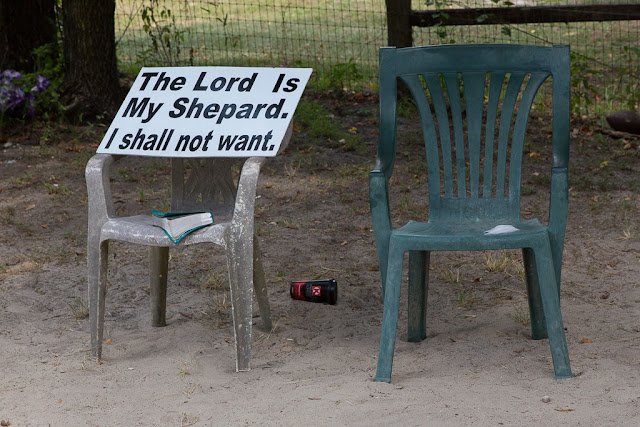 Someone appeared to have been reading the Bible by the side of the road, having a coffee, moments before I passed. 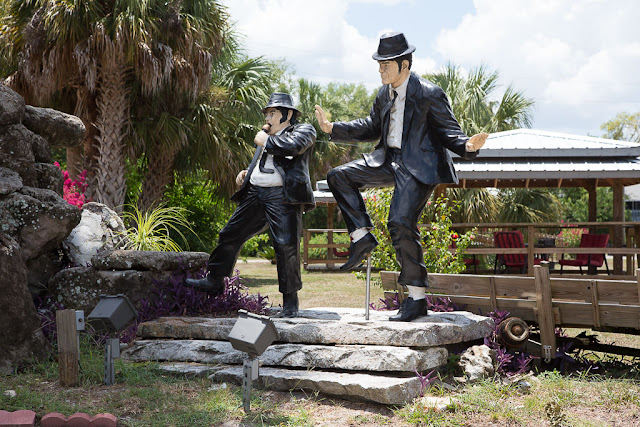 In Dunnellon, I found the Blues Brothers performing outside a motel. 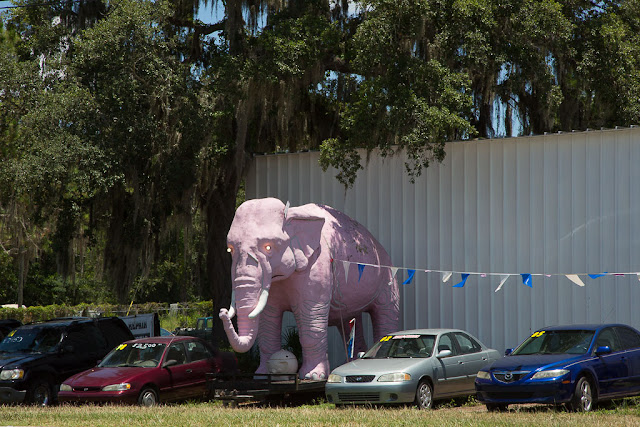 Anybody want a pink elephant with demonic light-bulb eyes? 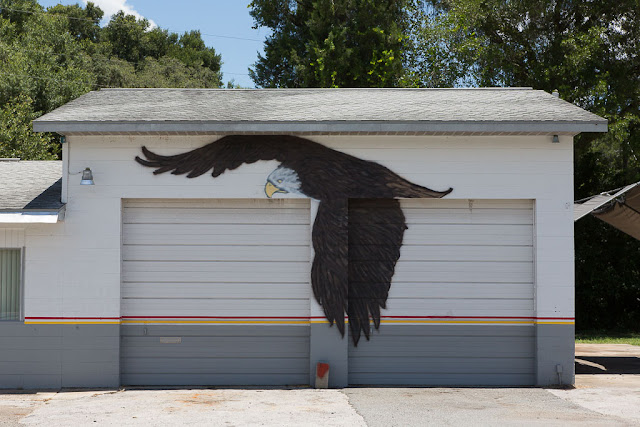 As I said the other day, I do love a good road trip. I got back to Tampa about 3 p.m. and dropped off my stuff at my dad's before having dinner with two friends from college. (My traditional dose of Cuban food -- chicken and yellow rice with black beans!) It was a long day of driving, but fun.
Posted by Steve Reed at 10:41 AM