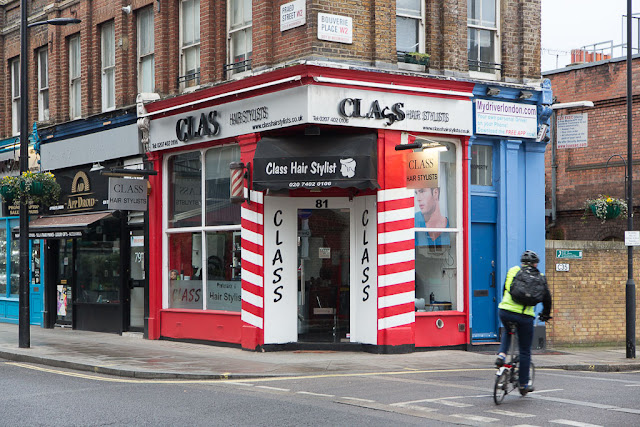 I mentioned yesterday that it takes me much longer to read a book now than it used to. Part of the reason, as Elizabeth said in the comments, is the Internet and all its distractions. The ol' Web definitely consumes a lot of my time. Remember life without the Web? It's hard to even imagine now.

But if I'm honest with myself, it's also because I watch a lot more television than I used to. When I lived in New York I didn't even own a TV, and now Dave and I watch two or three hours or so at night. I justify it by saying that it's our time -- we usually spend an hour talking, catching up on our days, and then we watch a few shows. To give that up and disappear into the bedroom with a book just seems antisocial, and would deprive us of that common experience of entertainment. So my reading is now confined mostly to my lunch hour and periods during the day on the weekends -- when I'm not out walking or cleaning or doing any of the million other things I do.

Hence, it takes a while to read a book.

On the political front, we had an interesting day at school yesterday. Some of the teachers came up with a plan to bring the London street protests of Trump's ban on certain travelers into our private school, by wearing black with a pinned-on sign that said #NoMuslimBan. It was cleared with the school administration -- on the grounds, I assume, that we teach the value of diversity and a global perspective on issues, and to support our Muslim students and staff members. I did it, as did many others, and the students who made comments seemed to appreciate it.

But I have to say I wasn't entirely comfortable with bringing such divisive issues into school. Students who support Trump -- and I'm sure there are a few, though our school tends to be very internationally-minded and I'm sure they're in a small minority -- might feel marginalized when their authority figures assume an oppositional political stance. Right? On the other hand, maybe it's our job to teach what's right, politics be damned. If this were Germany in the 1930s, wouldn't we want to be teaching that discrimination on a religious basis is inherently wrong?

It was an interesting situation. As I said, I did it. I didn't want to be so cautious as to be on the wrong side of history. I also wore my "Stand Up to Trump" button.

These are crazy times.

(Photo: A barber shop near Paddington.)
Posted by Steve Reed at 6:56 AM