Back to the Scrubs 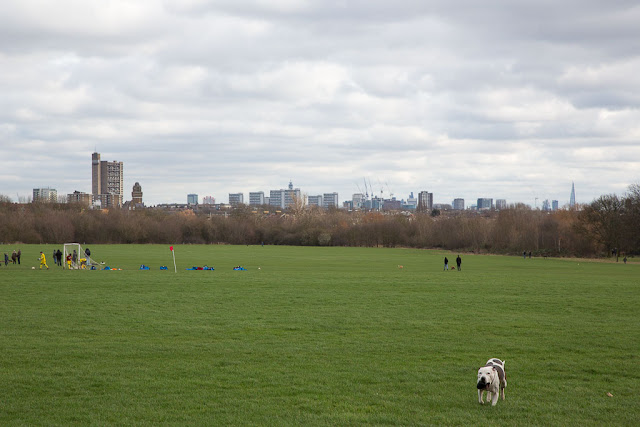 Saturday was rainy and I spent most of it indoors, reading a terrific book -- "Breath," by Tim Winton. It's a coming-of-age book that prominently features surfing, and it reminded me a lot of William Finnegan's surfing memoir, which I read last summer. (And which I also loved.) I don't really have any interest in surfing myself, but for some reason it's fascinating to read about -- probably because both Finnegan and Winton are excellent writers.

I did successfully give away Dave's old recliner via Freecycle. The glass-topped table is still in the shed, though -- no takers so far.

Because I didn't take Olga anywhere -- except on our routine morning walk, which I documented in the previous post -- I wanted to make it up to her yesterday. I just could not face the prospect of going to Hampstead Heath again, though. I needed a new scene. So I took her back to Wormwood Scrubs, where we used to go when we lived in Notting Hill. (More like revisiting an old scene, I suppose -- but it's been years since we've been there.)

I discovered getting there via the Overground isn't hard at all -- four stops to Willesden Junction and then a short walk. Why I didn't think of this before I'm not sure. But I'm glad to know it's possible and I'm sure we'll go back now and then. 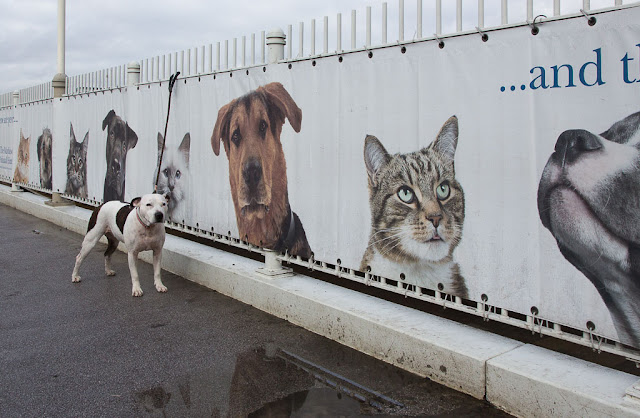 At the Willesden Junction station, we discovered a big advertisement for the Mayhew Animal Home, where we got Olga spayed when we first adopted her from All Dogs Matter. I couldn't resist posing her next to it. They took her uterus, but she doesn't seem to hold a grudge.

Anyway, we had a great time at Wormwood Scrubs. There were lots of kids out playing football, and while we were walking, a kid kicked a ball into the bushes near me. I got it out of the brambles for him, and handed it back, but then he threw it to a friend who failed to catch it. You guessed it -- Olga grabbed it and did some damage. The ball didn't seem punctured but she definitely left the surface tattered. The kids weren't upset -- if anything, it amused them. "Look, she's tearing it up!"

They had other footballs, and I suppose they see them as fairly disposable. They must kick balls into trees and whatnot all the time. Still, once I got Olga to drop it, I got the heck out of there before the coach could yell at me. 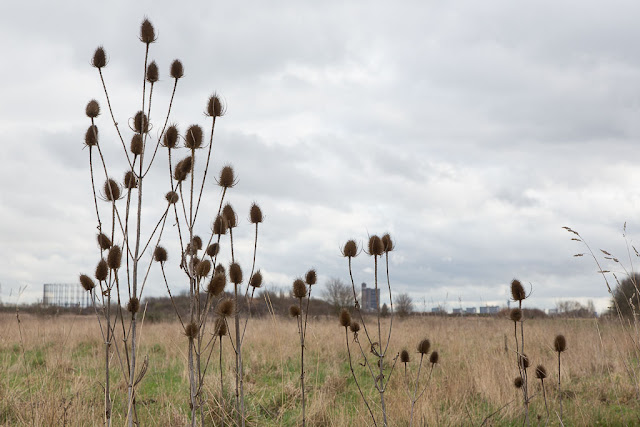 The dry, rattly pods of the teasels were standing tall all over the Scrubs. I've tried to get some teasels to seed in our garden, apparently without success. Maybe they'll come up later in the season.
Posted by Steve Reed at 6:36 AM