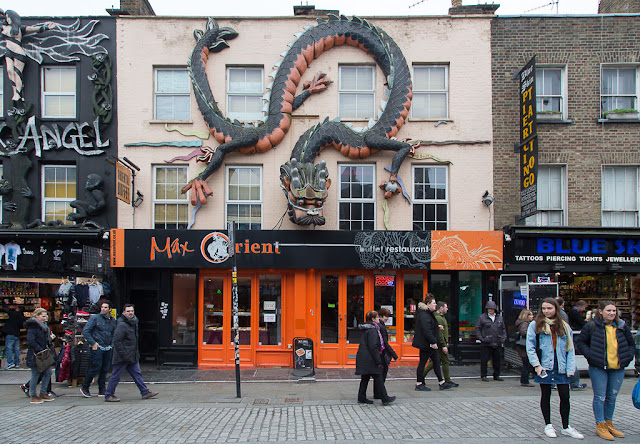 Thanks for tolerating my rant yesterday! I'm glad many of you agree with me and have experienced similar levels of political and social frustration. I feel less alone.

Yesterday was much better, fortunately. Whenever I found myself feeling agitated, whether with library issues or political ones, I tried to go back to some of my Zen practice -- conscious breathing, slowing down -- and that really did help alleviate the stress.

I read a fascinating article that a colleague posted to Facebook about a certain variety of young, male Trump supporters -- the Internet-addicted gamer types who frequent the website 4chan -- and why many of them have funneled their frustrations into right-wing politics. It's a long article, so be prepared to invest some time if you check it out, but I found it quite interesting and worthwhile.

Meanwhile, we had quite a bit of excitement in Great Britain yesterday with Storm Doris, a big spiraling windbag that blew across the island and caused a considerable amount of damage and at least one death. People were calling yesterday "Doris Day," which was kind of cute, although the real Doris Day certainly wouldn't want to be associated with this storm. (She's still with us, by the way, and either 92 or 94 years old, depending on which source is cited.)

While Doris wreaked havoc across England and Scotland, here in West Hampstead she wasn't too fierce. We had a terrific burst of wind and rain as I got ready for work, but it passed within about 15 minutes, and then it was just a windy day. Very windy, admittedly. The only damage we suffered was to a potted poppy plant that Dave bought over the weekend at Waitrose -- it was sitting on our patio table, and when he got home from work, the empty pot had blown over to the other side of the house and the plant was nowhere to be found. I eventually located it, wedged against the patio table leg, with nearly all the soil blown away from its root ball. I think it may actually survive, poor thing.

At some point we lost electricity -- our digital clocks were blinking -- and when Dave went to Waitrose in the evening the refrigerated food cases were all closed and the store said it couldn't sell the food within because the power had been out. I hope Doris feels well-fed, having consumed all the perishables in our supermarket!