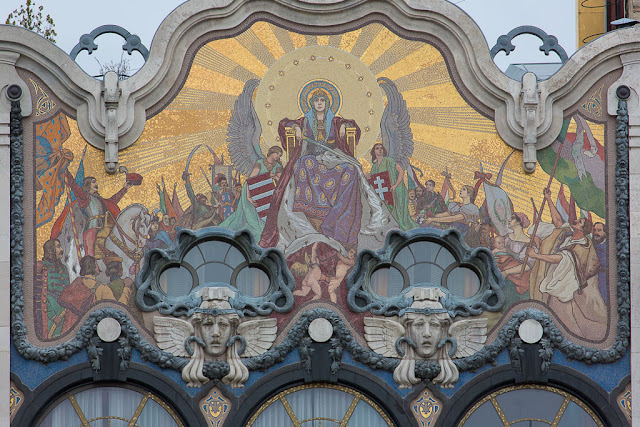 We had a good day out and about yesterday. We took one of those hop-on, hop-off bus tours that showed us around town and gave us the lay of the land.

The Hungarians definitely have a thing for ornate architecture. Much of modern Budapest was built in the late 1800s and early 1900s, and the buildings are covered with elaborate Art Nouveau and Art Deco ornamentation, with sculpted figures and golden tile mosaics like this one. It's amazing stuff.

Dave and I keep saying sarcastic things like, "But the buildings are all so plain. I wish they'd try harder." 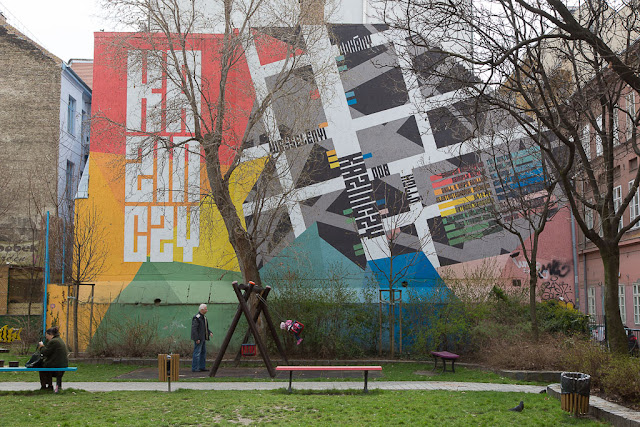 We rode the bus into Pest and got off at Deak Ferenc Square, a major transportation hub. From there we walked toward the Franz Liszt Academy of Music, which Dave wanted to visit. We passed this little square on the way, where a grandfather (I think) was pushing his granddaughter on a swing. The big colorful mural shows Kazinczy Utca, the street that runs through this neighborhood. 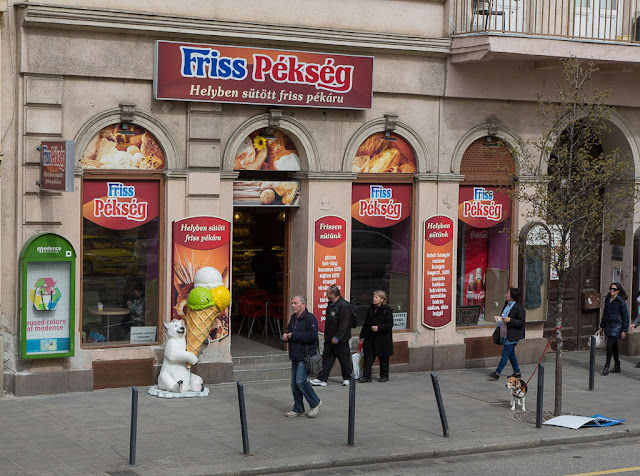 Lots of people -- and their dogs -- were out and about. (I actually took this from the bus, hence the elevated viewpoint.) 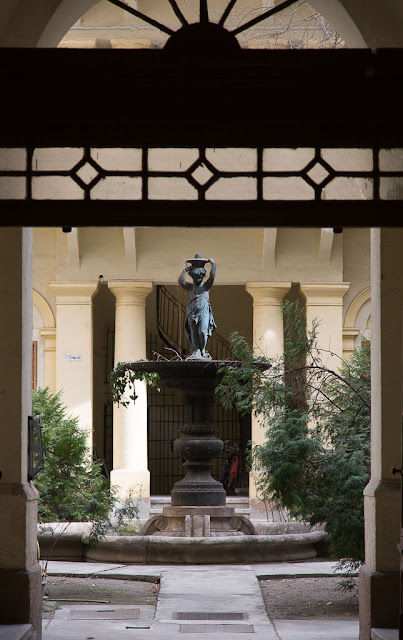 I peered into the open doorway of what looked like a large apartment building and saw this fountain standing in a quiet courtyard, ivy growing out of its basin. 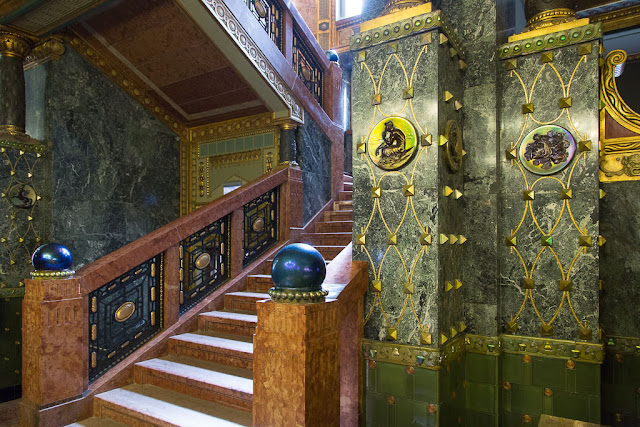 The Academy of Music turned out to be an amazing building, recently remodeled to the standards of the period when it was constructed. (Late 1800s, I think?) Another teacher at the school where we work was educated here, and she urged us to visit and take the tour. It was well worth it. 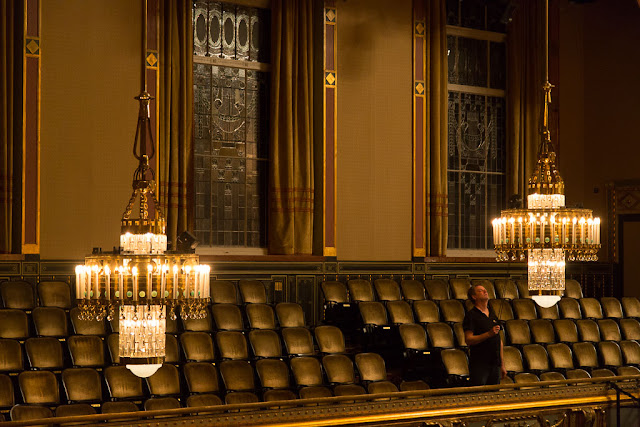 While we were inside the concert hall, a couple of guys were doing maintenance on the chandeliers. That must be a full-time job, keeping all those light bulbs burning!

We were also treated to a brief concert by a student pianist, who played Mozart and Chopin. 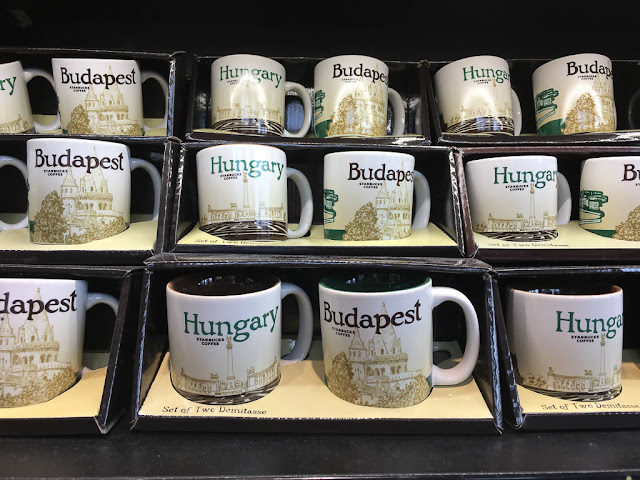 We left the music hall and went to Starbucks for a coffee. As I was waiting in line to order, I paused literally two seconds to take this picture, and two old ladies went around me. "Excuse me!" I said, shooting them a dirty look and resuming my place in front of them. (Making friends with the locals again -- but what can I say? I have a British sense of the orderliness of a queue.)

Finally, we finished the day with a boat cruise on the Danube, from which I got this view of the Fisherman's Bastion and Matyas Church (on the hilltop at left) and the Calvinist Church at right. Our hotel, the Art'Otel, is the beige blocky building in the left foreground. It doesn't look like much from the outside, but we love it and it's in a great location.

For dinner we had -- of all things -- excellent sushi at a Japanese restaurant. Ah, globalization!
Posted by Steve Reed at 6:45 AM