A Jersey Tiger, and Cuteness 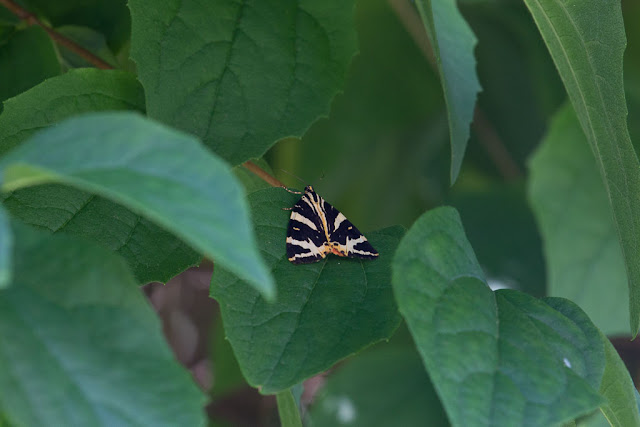 It's time for my nearly annual garden sighting of a Jersey Tiger moth. On Wednesday, this one flew past in a blur of color (its underwings are orange) and landed in a tree near our patio. I've seen Jersey Tigers at this time of year in four of the last five years -- supposedly they're only established in the southernmost parts of England, including London.

I am happy to report that my four-year project to transcribe all my handwritten journals (from 1989 to 2010) into a private online blog is FINISHED! Woo hoo! I realize this means nothing to anyone except me, but it's a huge relief to have it done. I've edited them to remove the embarrassing or super-private stuff that I probably shouldn't have written down anyway, while striving to keep them honest. Also, I used to glue all my old ticket stubs from movies, shows and events into the pages of my journal, and I even scanned all that stuff and included it with the transcriptions. So now I really could destroy the paper ones, which is probably the next step. I'm not even sure how to go about it. How does one destroy a big box of spiral notebooks? Burning or shredding would take ages.

On Wednesday's post, some of you asked how old our avocado tree is. I think I first blogged a picture of it here, when it was just a wee sprout. (Apparently I've turned it into a Scottish avocado.) So it's six years old now. 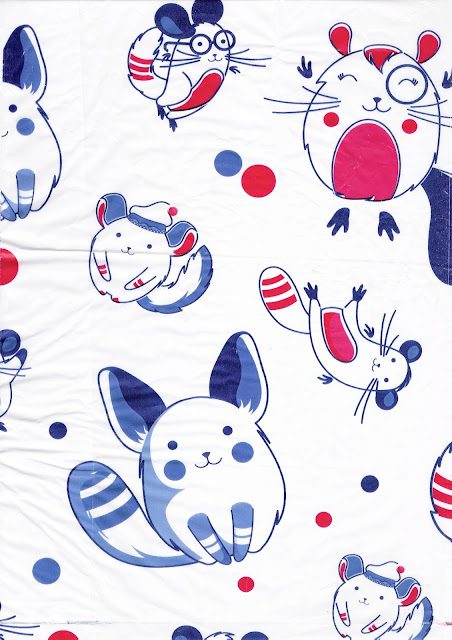 When Dave and I were in Cambodia and Vietnam, I picked up this plastic bag somewhere along the way. (I mean I literally picked it up, though I can't remember where.) I kept it because I thought it was amusing, illustrating that Asian obsession with cuteness.

Oh, and I mailed in my overseas ballot for the Florida primary elections in late August. (I still vote in Florida, as it's my family home.) These aren't the crucial elections, which come later, but this first round helps narrow the field by selecting the Democratic candidates for each office, and I try to participate in every step of the process. I had to do some reading to decide who to support, but the trusty Tampa Bay Times helped me out. My world view is certainly consistent with that newspaper's!
Posted by Steve Reed at 6:40 AM