White Privilege, or How I Wasn't Arrested 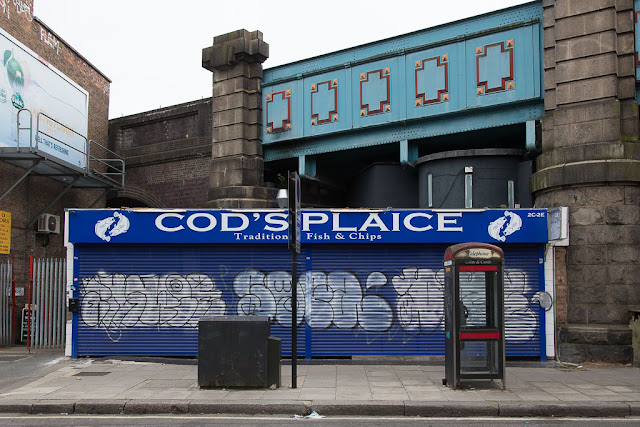 I finished "Why I'm No Longer Talking to White People About Race," the summer community read for faculty and staff at the school where I work. Despite the stark title, Reni Eddo-Lodge's book is essentially one long attempt to talk to white people about race. I found it refreshingly candid, compelling and honest. Although the author (perhaps obviously, a black woman) said she is often met with defensiveness when she raises issues of white privilege, I couldn't find much to argue with in her assertions about the way race pervades so many areas of all our lives, with white people being mostly blind to it and blacks being all too aware.

The book is focused on black life in Britain --- which was also a fascinating perspective, since so much that I've read about race focuses on the black experience in America. But of course it still made me consider my own life as an American and the opportunities I've had as a white man.

Undoubtedly there have been occasions when I've had it easier than someone of color. The most obvious example, to me, involves an escapade when I was in college, back in the 1980s. I've thought about it often in recent years following the birth of "Black Lives Matter." I and some friends drank a little too much beer one night and teepeed the house of a university administrator in a Tampa suburb. We also soaped his car. Then we stupidly and drunkenly drove to a nearby park and played on the swingset until the police pulled up. One of my friends lived in this small suburb, and the police -- who had been called by one of the administrator's neighbors -- made us return to the administrator's house and clean everything up, and then escorted us home. We were not arrested; I honestly have no idea whether a report was even made. Can you imagine how that would have been handled if we'd been four black kids, especially if none of us had lived in that small suburb? I'm betting we'd have all been in jail -- at best.

I'm sure I've benefitted in other ways, personally and professionally, from white privilege. For example, when I was a reporter, how many of my sources felt more comfortable with me because I was white? How often have I walked down city streets or around department stores or into fine restaurants and subconsciously felt the security of belonging, rather than the skeptical eye of others who felt I didn't belong? One of the nagging truths about white privilege is that those of us who enjoy it don't even see it. To us, it's simply the way the world works. We neglect to consider that not everyone shares the same reality.

Eddo-Lodge addresses the tendency of some to dismiss the barriers of race as issues of income or upbringing or opportunity. Class and race, she argues, are indelibly intertwined, in our world in which the "haves" -- and especially the elite leaders of the "haves" -- are still overwhelmingly so much whiter than the "have nots."

She also takes on feminism for failing to adequately address the needs of black women, or even properly listen to their concerns about the "intersectionality" of racism and sexism. I thought she was a bit hard on feminists, frankly, but then I spoke to one of my colleagues -- a white woman who counts herself a feminist and has studied feminism -- who said she believes Eddo-Lodge is absolutely right.

So, what do I know? I'm a white guy. I try to be woke, but I'm sure my life is padded in countless ways I haven't even considered, in addition to the many that I have. Eddo-Lodge says she's not trying to insinuate that every white person has it easy -- but the playing field is certainly not level.

I do know that, as I said, I could find very little to argue with in this book. I found it a fascinating read, and a good starting place for considering ways to take action, which I suppose means (in addition to voting responsibly) addressing inequalities as they arise both in our immediate environment and the wider world, and considering every opportunity to be more inclusive and aware.

(Photo: Completely unrelated to the text, a chip shop in Kilburn, northwest London.)
Posted by Steve Reed at 6:32 AM