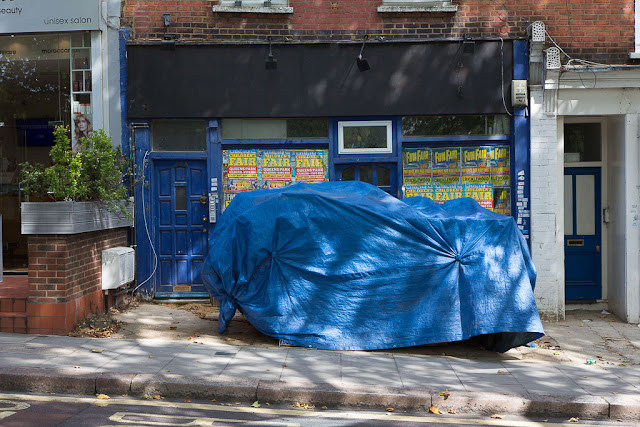 I've just spent an hour clearing more Algerian pornography off my 81-year-old mom's Facebook account. So far I've reported and blocked something like 300 obscene profiles, all suggested by Facebook as friends, and I've tried to add information to my mom's profile so that Facebook can better connect her with people she really knows. And yet the porn keeps coming. Dave thinks we should delete her account entirely and I'm beginning to feel the same way. She honestly doesn't use it much and I'm not sure it's worth all this effort, but why shouldn't she be able to use Facebook like the rest of the world?

If she wanted Algerian pornography I wouldn't care. But she doesn't. Trust me on this.

It would be laughable if it weren't so frustrating. My mother has been to none of these countries and she knows no one there. Why is this so hard for Facebook to figure out?

Also laughably frustrating: Is this whole situation with Donald Trump paying off Stormy Daniels going to simply blow over like every other Trump-related outrage? They used to call Reagan the Teflon president, but Trump has him out-Teflonned. Dave and I have been watching a BBC show in which Ed Balls, who is a British politician, travels around the United States exploring the roots of Trump's popularity. It's a fascinating show and many of Trump's supporters seem to agree that he's a blustery embarrassment. But they also want him in office, either because he'll "do things differently" or they've become so cynical that they've given up believing any politician will truly represent their interests. They want a bull in the china shop. They want entertainment. Criminy!

As Roger Cohen writes in the failing New York Times, Trump's supporters "have known all along that he's a needy narcissist, a womanizer, a lowlife, a liar, a braggart and a generally miserable human being." But they still support him, regardless of the latest revelations. "So the real question is," Cohen writes, "what does it mean to be an American today? Who are we, goddamit? What have we become?"

(That may be the first time I've seen "goddamit" used in a New York Times op-ed column, by the way. I would have spelled it with two m's, but that's just me. There seems to be quite a bit of debate about this on grammar web sites.)

Meanwhile, here in London, we're feeling downright autumnal. This morning's pre-dawn temperatures were in the low 50's (Fahrenheit, obviously) and our high today is supposed to be 67º F. Sounds like a good day to take the dog to the Heath!

(Photo: A long-vacant shop near Fortune Green, a week ago or so. I think it's been vacant as long as we've lived here, actually.)
Posted by Steve Reed at 7:48 AM

I'm busting to comment on Cohen's article but happily for everyone I'll refrain, for fear of mortally offending you and some of your readers and thus being debarred from your blog forever.
Alphie.

Does it make sense to delete her account and start a new one? Poor Mom.

I'll have to search for that BBC show -- we get BBC here in the states. Although, I've seen many of POS POTUS supporters, and many of them would rather vote for a Russian than any Democrat. True quote. They hate Democrats so much that they are down-right un-American. That is bat-shit crazy. In any case, it's tax fraud that's going to get the bastard. Just you wait. No wonder he didn't want to show us his tax returns. The betrayals this week alone are something to cheer about.

Loving your blog. Turns out, many of my pals have been reading you for a long while and never told me about you! Shame on them!

Cohen asks an interesting question. We are a country bent on money and power, the only two things politicians seem to care about anymore.

Tom has had this problem with busty ladies. lol
I expect he mentioned the word busted or something at some time.
Good job we understand each other so well or we could be on the road to divorce. lol
Briony
x

Yes Trump has out-Tefloned all presidents before him. I thought he would lose the election when it came out what he said to Billy Bush, but no, I was wrong. With each passing day I am in utter amazement that he still is in power, and what is even more amazing to me is that people still support him.

That is so weird about you mom's Facebook account. I agree, they should be able to put a stop to it. As for that times column, I've been wondering the same thing. How can so many people seemingly condone his outrageous behavior? And, what did Obama do to them that was so bad that they would think this is better?

I've come to the conclusion that the US is actually and truly a country with an astonishing number of racist, misogynist idiots. There. That explains it all.
And I think that's the truth.
As to whether or not these latest things which have come to light will simply disappear into the great dust bin of all of the other horrible things the man has done- I have no idea. But I've thought about that whole "Teflon" thing as well. Trump has definitely taken it to a whole other level and why has he been able to do that?
See my first sentence. Also- it is quite obvious that the Republicans in power have absolutely no morals or ethics, no heart, no soul, no backbones and no ability to give a damn about what they are allowing to happen.
Having said all of that, I think it is probably time to close down your mother's FB page and start a new one. That's GOT to be less work than trying to hold back the endless tide of Algerian porn.

I agree about closing your mom's Facebook account. Make a list of her real friends, and then re-friend them from the new account. It would be interesting to see if that helps. Maybe one of her friends is really into Algerian porn and that's how she's gotten all those weird friend requests. Mmmm? I loved reading that Cohen op-ed. Great questions: Who are we, goddamit? I wonder the same thing, but I also think I know the answer and it ain't pretty.
I see my dear friend Tara has arrived here. I'm one of the guilty ones. Shame on me. LOL!

yeah, probably close your mom's FB account and start over. easier and less time involvement. as for Trump's supporters I think many of them just want to see the whole country burn to the ground, all their threats of starting another civil war (as if the last one ever ended), but mostly I think he is a cult. remember cults from the 60s and 70s?

Good advice on the Facebook issue. But how bizarre. And frustrating.

As for Trump, he's definitely "doing things differently." Or maybe more overtly than previous politicians. Beware what you wish for.

I'm glued to the news online, waiting for the next shoe to fall. It seems Trump is a caterpillar.

It's unbelievable how people will support such an ignorant buffoon as trump. When do Americans realize that they lose respect because of a twisted leader?

Barred, not debarred. Tch, tch.
A.

I vote for deleting her account and starting fresh, with lots of settings restrictions. As for Trump, I vote for getting rid of him.

I read a piece a couple of weeks ago in which the author interviewed a number of members of a church, trying to figure out why they supported Trump when he clearly doesn't lead the kind of life they would approve of, and the answers were disturbing. They all felt like it was God's will that Trump be the president, so they weren't going to even question Trump's sins. Crazy. And how do you even start to debate that?? If someone (or a whole lot of someones) can believe that God has ordained Trump be in power, they are not capable of changing their minds.

And, I'm convinced Trumps orange color is some sort of Teflon coating. It has to be. How can he be so impervious to everything?

When I got banned on facebook for posting a nude from the TATE, I just started a new one and used it until the other one was forgiven. You could do that for your Mother.
Evidence is mounting now , at a rapid rate, tRUMP will look good in his orange jumpsuit- matchy matchy.

Sadly, I agree with Ms. Moon about the American people - I knew that the kind of folks who would vote for Trump were out there, but I thought they were a very small part of the population. Apparently I've been living in a bubble!