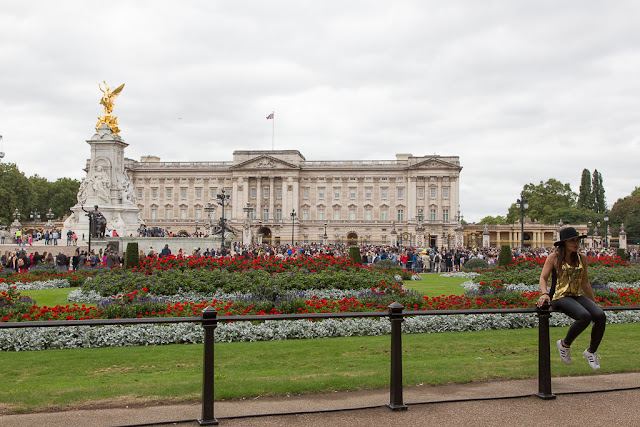 Dave and I took Chris and Gary down into Westminster yesterday morning to do some sightseeing, and we brought Olga along too. It seemed like a good idea since we'd be doing so much walking. Why not exercise the dog?

We started at Buckingham Palace, where the changing of the guard was scheduled to take place. I knew it would be a mob scene, so Olga and I spent most of the ceremony exploring the quieter parts of Green Park: 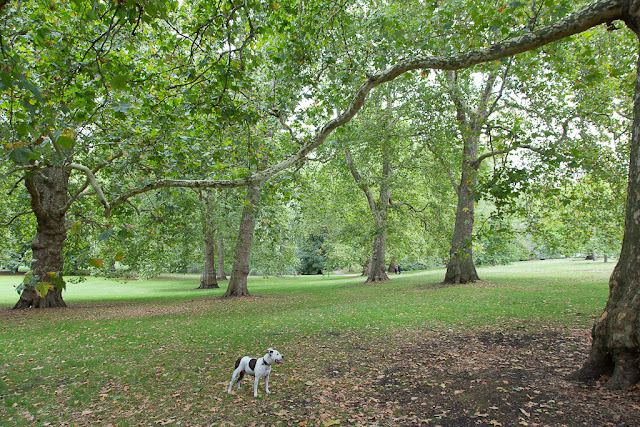 I did watch a little bit, though -- as much as I could see from a distance. I saw the guards' red-jacketed shoulders and the tops of their bearskin hats, and I heard the brass band playing "Isn't She Lovely." (It's always interesting to see what music gets chosen to accompany the changing of the guard. Last time I went, in 2012, it was apparently "We Are the Champions" -- maybe because of the Olympics.)

Then we walked through St. James Park, where Olga was panting and straining with excitement, acting like a slavering mad dog. I thought she was going to burst a blood vessel. She was just overstimulated. 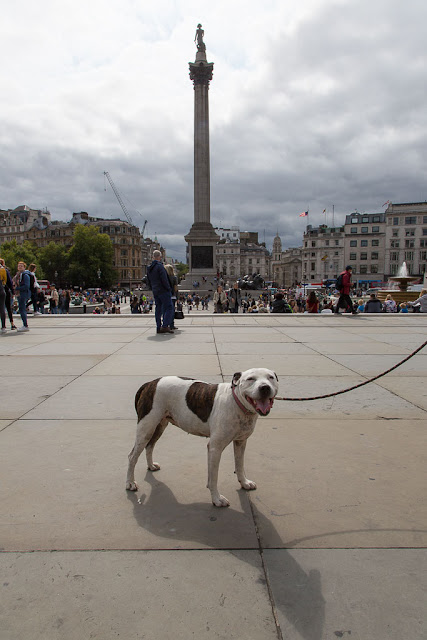 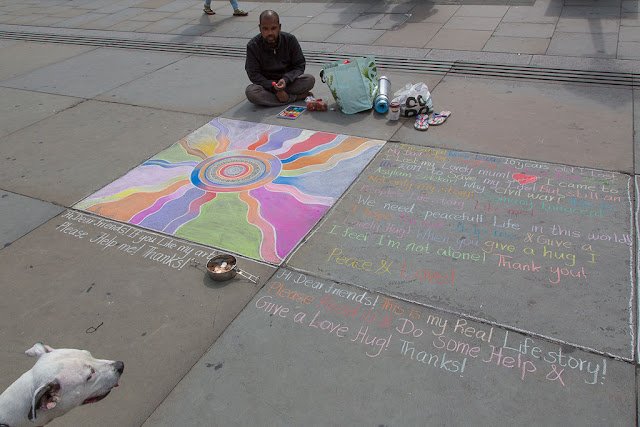 We checked out some of the chalk artists and their work. This guy had a whole narrative about losing his family and coming to Britain in 2011 for a better life. Olga was intrigued, maybe because she's a rescue dog and she knows the value of opportunity. 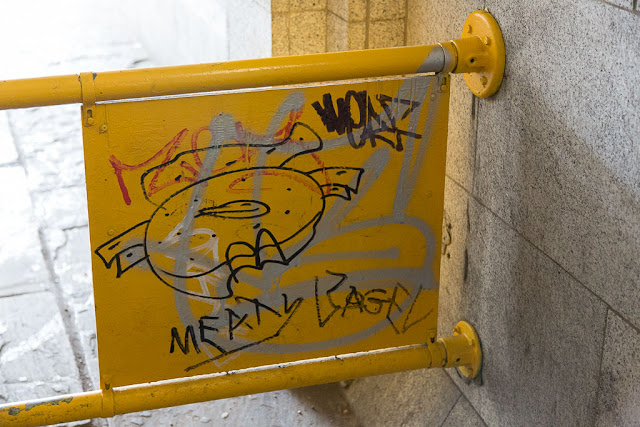 From Trafalgar we walked down Whitehall to the Palace of Westminster and over the bridge, which always offers a great view, although the palace is covered with scaffolding for its ongoing restoration. On the South Bank we found a riverside cafe where we had salads and some rosé wine and watched the passing parade of people. (And there were MILLIONS of people.) No, we did not eat a meaty bagel, but I can never resist weird graffiti.

We dropped Olga off at home and I think she's been sound asleep ever since. Then we all went out to dinner at St. John, a restaurant specializing in "nose-to-tail" cooking, or using all parts of an animal. This is where, back in 2011, I had a salad made of duck hearts. I didn't get anything so exotic this time around -- a beetroot salad with anchovies and smoked eel for dinner. (Tastes like fish.)

We successfully avoided the madness of the Notting Hill Carnival this weekend, though on Sunday we could faintly hear the thumping music even from three miles away. I don't know whether it was the wind direction or cloud cover or all the moisture in the air from the rain, but it was amazing how clearly the sound carried even into our back garden in West Hampstead. We normally don't hear Carnival at all.

Now I've got to get motivated for work -- our first day back with students!
Posted by Steve Reed at 6:53 AM