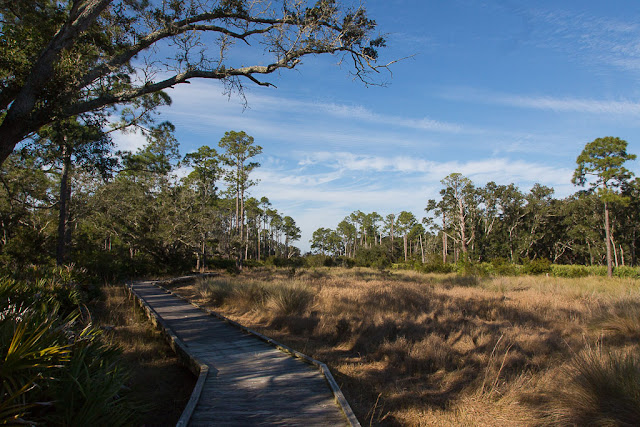 Before I write about Christmas, I have to fill you in on a little outing I took on the afternoon of Christmas Eve. I went to a nature preserve between Jacksonville and St. Augustine with a ridiculous mouthful of a name: The Guana Tolomato Matanzas National Estuarine Research Reserve. For simplicity's sake, I'm just calling it Guana River.

It's a beautiful preserve, and it gave me an opportunity to walk several miles of trails and see some wildlife. (My mom, ordinarily a wildlife enthusiast, decided not to go, and Dave is never a fan of hiking. So it was a solo excursion!) 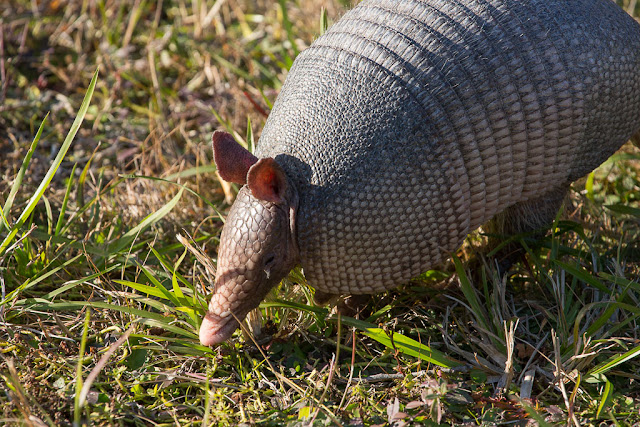 I saw several armadillos, and they weren't shy at all. While I took pictures they snuffled around in the grass a few feet away. My biggest challenge was getting a picture showing their (absurdly tiny) head and eyes -- usually they're buried in grass up to about their ears. 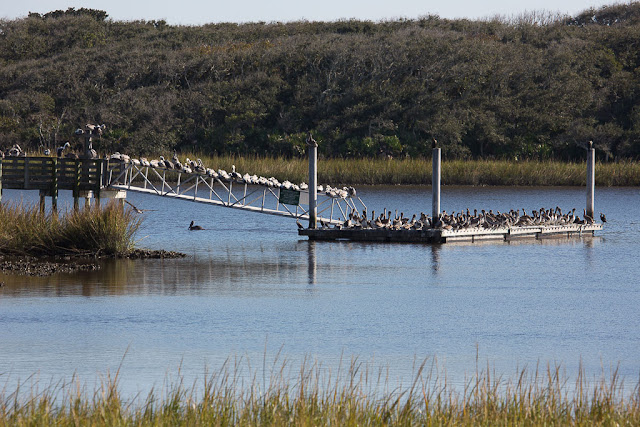 I saw a dock covered in more pelicans than I have ever seen in one place. I counted 109 birds in that picture, both pelicans and cormorants, and I'm sure I missed some. (I went to Guana hoping to see roseate spoonbills, but alas, no such luck.) 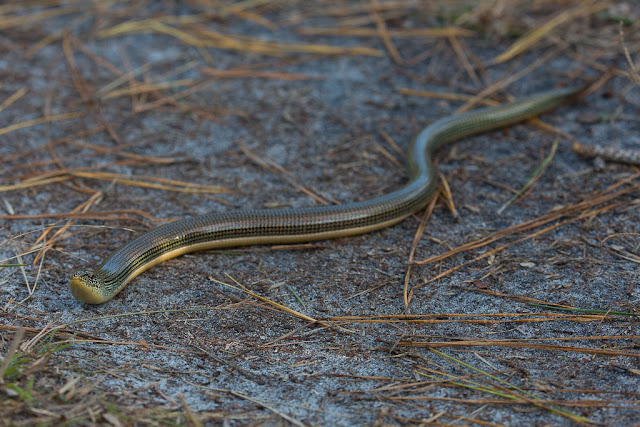 This guy was lying in the path as I walked, and at first I thought it was a snake -- but it didn't look quite right. A little too short, a little too fat. Turns out it's a legless Florida glass lizard. Very strange!

Again, it didn't seem disturbed by my presence at all. I walked all around it taking photos and it never moved. 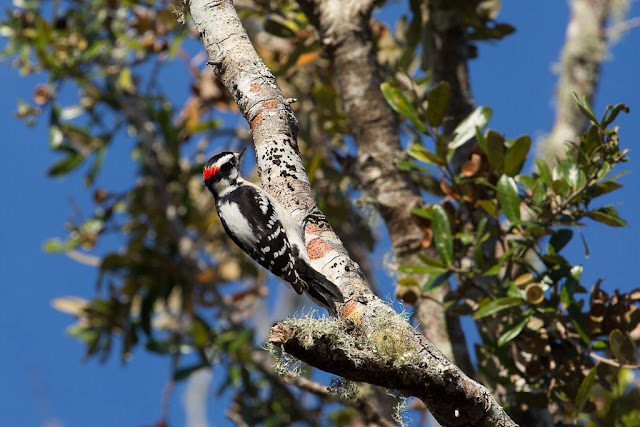 And finally, I saw this beautiful little downy woodpecker.

Christmas was blessedly low-key. Dave and I met up with my mom in the morning, accompanied her on her morning walk, and had lunch with her. Then we all gathered at my brother and sister-in-law's for Christmas dinner, which had a Cuban/Puerto Rican twist this year -- black beans and rice, tostones, pulled pork and mahi mahi. Dave and I gave it some transatlantic flair with a British Christmas pudding from Harrod's, which we doused in orange liqueur and set alight. We exchanged gifts, and Hoopla was played again -- not even at my suggestion! My younger niece seems to have taken to it!
Posted by Steve Reed at 11:50 AM