Speaking Ill of the Dead 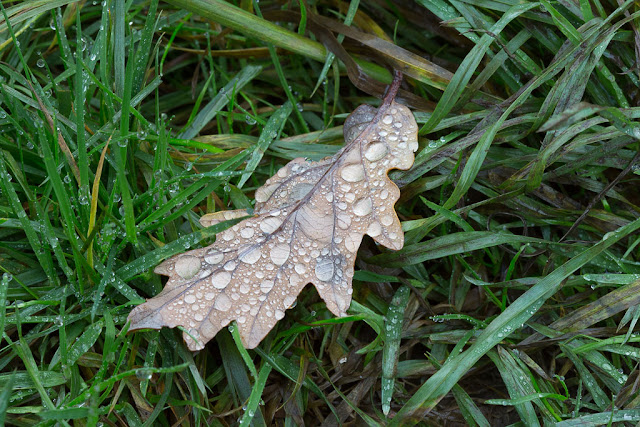 I finally finished "Partners Three" the other day. A middling book, I'd say, but mildly entertaining. Most interesting to me was the author's language -- given that it was published in 1928, you can imagine that it was full of lingo we wouldn't dare use these days. There were repeated references to the relative weakness of the female character, for example, and a curious and blatantly racist nickname (which I won't repeat) for tussocks of tundra grass.

I didn't see any of George H. W. Bush's funeral this week. His death made me recall how I felt about him while he was president. In retrospect, he seems capable and dignified, and I suppose he was, compared to what we have now.

But back then, I was not a fan. I had plenty of issues with Ronald Reagan, his social conservatism and trickle-down economics and scare-mongering about "welfare queens" and, above all, his appalling refusal to address the AIDS crisis. I saw Bush -- not wrongly -- as an extension of Reagan. I campaigned for Michael Dukakis when I was in college, in 1988, and was bitterly disappointed when Bush won on the back of Willie Horton. Later, I was opposed to Operation Desert Storm -- the first U.S. incursion into Saddam Hussein's Iraq -- so that didn't endear him to me, either.

When I was a 25-year-old reporter I covered one of Bush's presidential re-election campaign appearances. My journal entry from March 4, 1992:

Today was interesting -- I got to meet George Bush! Well, I didn't really meet him, but he came to the Strawberry Festival in Plant City and I covered it, and I was only standing about 4 feet from him or so. I could have shaken his hand, but I didn't want to since I think his politics are completely reprehensible. Still, it was kind of neat to see him. I got an OK story out of it, though it was all crowd reaction. The prez himself didn't really do anything except smile and shake hands.

I no longer seem to have a clip of the story, so apparently I didn't like it enough to save it. I'm sure I was professionally objective, but it's telling that I saved silly clips about, for example, a baby named after a gas station (true story) but not my one encounter with a sitting president. 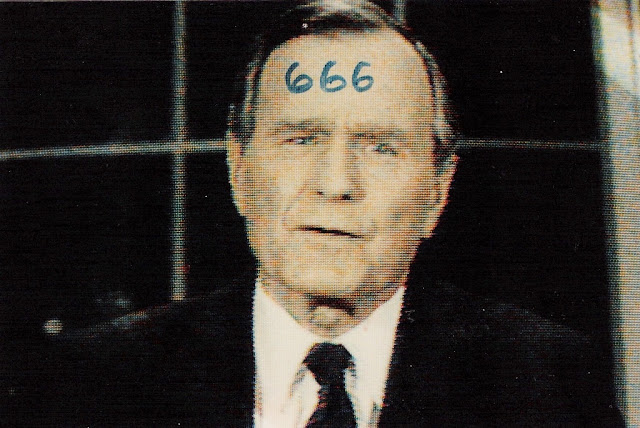 A friend who wants to remain nameless took this picture in the early '90s. While Bush was announcing Desert Storm, my friend wrote on the TV screen over Bush's forehead and photographed the result. It may seem kind of mean now that Bush is dead, but I've always loved this picture and I'd say it concisely captured our feelings at the time about the Reagan/Bush era.