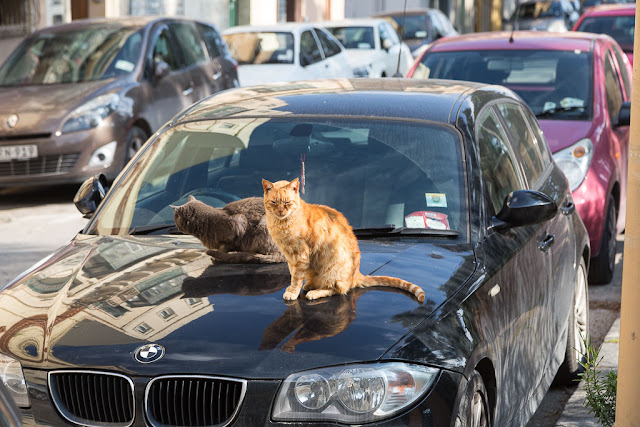 Dave and I are both safe and sound back in London, and Olga, who was returned to us last night, is snoring by my side as I write this. Of course everything is just as we left it, since we were only gone a few days. I have travel laundry churning away in the washing machine.

Here are a few more pictures from our final morning in Malta. Dave kept joking during our trip that we were visiting the home of Maltesers, a British brand of chocolate-covered malted milk balls. Hence the title of this post.

First, I was specifically asked for pictures of cats, so here you go! 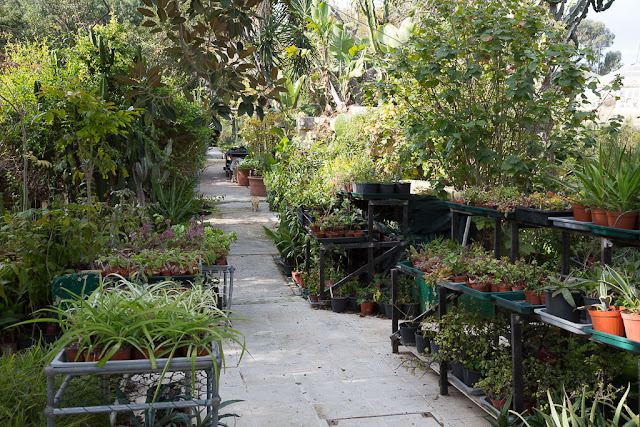 We tried to visit the botanical gardens, located in a park-like area not far from our hotel. But I'm not sure they're open to the public. A school group was entering while we were there and Dave tried go in with them, but a woman stopped him and said we needed "permission." There appeared to be no ticket office or anything like that. So we were stumped. We just looked in over the fence. 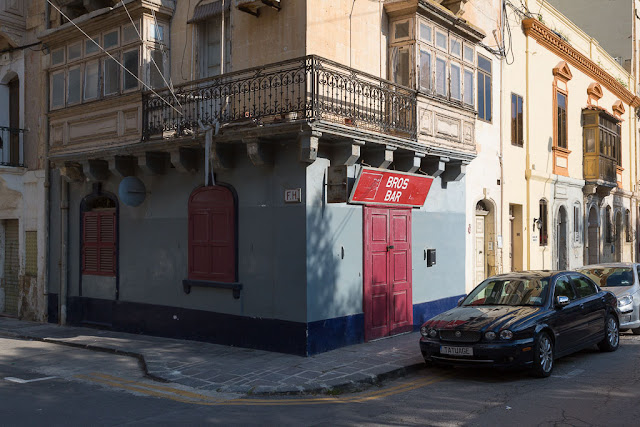 It was a little early for the Bros Bar... 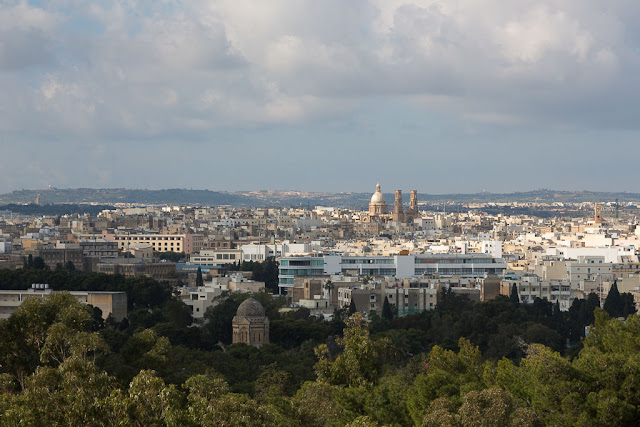 ...so instead we found a sunny terrace behind the gardens where we had terrific views over the city. (That's not Valletta's big cathedral on the horizon, by the way. That's just another church. Malta has a million of 'em.) 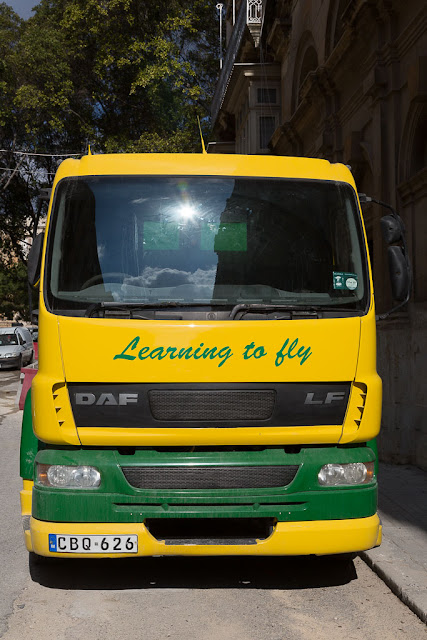 Finally, we passed this construction truck with a creative name. It wasn't until we saw another truck at the same site called "Obscured by Clouds" that I realized the owner of the company must be a Pink Floyd fan.

We took a taxi to the airport at 11 a.m. and although our flight was delayed a bit, we were on the ground in London at 3:40 p.m. (with a one-hour time change). This time we traveled with the normal contingent of babies -- maybe one or two -- and the flight was much calmer. After passport control and the lengthy train ride from Gatwick we were home just after 6 p.m. Whew!
Posted by Steve Reed at 7:48 AM