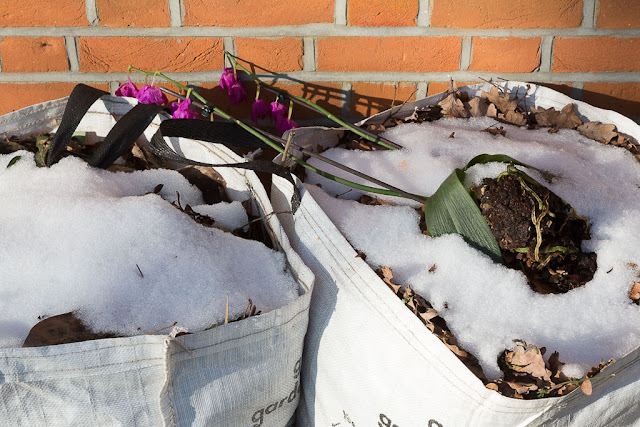 I've been thinking about the blackface scandal that has been roiling the government of Virginia -- the fact that the governor may or may not have appeared in a 1984 high school yearbook* photo in blackface. (First he said he did, then he said he didn't.)

To me, this scandal is a little like the "Me Too" movement. It makes sense to prosecute egregious offenses like Bill Cosby's drugging and sexually assaulting women, or, perhaps, to call out the governor for his blackface stunt (if he's the guy in the photo, he's next to someone dressed in a Ku Klux Klan robe).

But it's also problematic, when considering offenses that occurred 35 years ago -- or 50, in the case of a Virginia Senate leader who has also been ensnared in similar questions about blackface -- to hold people to the same standard that we would hold them to today.

This discussion has made me think about my own high school yearbook. I went to school in suburban Tampa, Florida, and in the entire school -- as I recall, about 800 or 900 students? -- there were maybe five black kids. I barely knew any of them. Obviously I can't speak for all my classmates, but growing up I had very little awareness of how race affected their outlook or how they might feel about certain allegedly humorous situations.

I'm pretty sure I knew blackface was wrong. (I knew that old-fashioned racial humor was offensive, because that's why Amos & Andy were no longer on television.) I don't remember anyone actually doing blackface, in the yearbook or on dress-up days. I wonder if anyone even tried. But then, two years after both I and the governor of Virginia graduated, a major Hollywood movie called "Soul Man" appeared, featuring a white actor in blackface. So the concept hadn't entirely left the culture. (I've never seen the movie, but I believe the main character ultimately sees that he was wrong to do blackface and thus emerges with some greater racial understanding. I think.)

I do remember our school's annual "Slave Day," in which a mock slave auction was held, and students could bid to "own" their classmates. The "owned" person would then have to do the owner's bidding all day.  I believe it was part of Homecoming week. That definitely makes my head spin.

And although I was never anyone's official "Slave Day" purchase, I had a running joke with a (white) classmate in which I would get on my knees and bow down to her in public places as if I were her slave. I would call her "Massah." We all just thought it was funny. No one gave any thought to the racial implications -- perhaps partly because we had no black friends to point them out to us.

I guess my point is that kids are kids, and they do stupid things -- especially if they're growing up in an environment where they have very little interaction with anyone who's different from them. This doesn't necessarily excuse the governor's blackface or our "slave auctions," but it's a reminder that standards really were different then.

It's good to have these discussions if only to see that we have made progress.

(Photo: A frozen orchid, discarded in a snowy yard-waste bag in Hampstead. Why someone would throw out what looks like a perfectly good orchid is a mystery to me.)

*It was actually his medical school yearbook. See comments.
Posted by Steve Reed at 7:33 AM