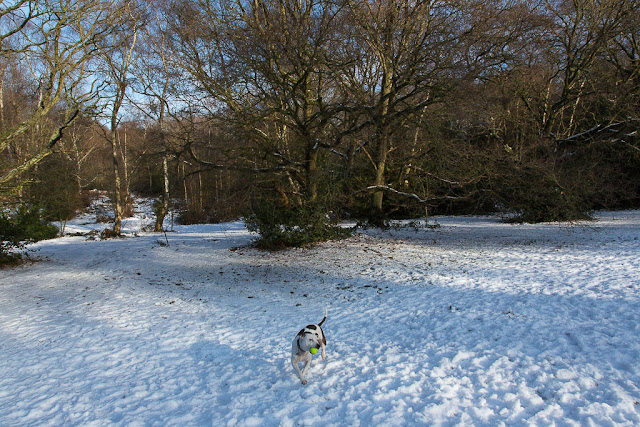 Thursday night's snow has persisted into the weekend, at least in certain places. On the streets it's pretty much gone, but the back garden still has a patchy layer. I took Olga to Hampstead Heath yesterday and, as you can see, there was still plenty of snow there. It was a bit icy and crunchy, having melted and then refrozen, but it was a couple inches thick in places.

Olga loves snow. She runs along nipping it from the ground like she's enjoying the world's biggest (and blandest) popsicle. 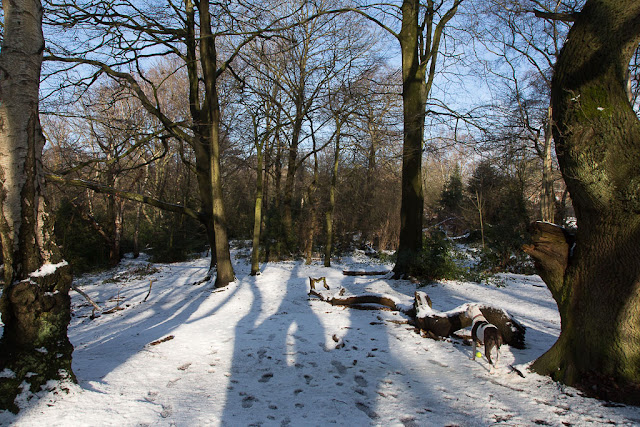 She certainly blends in with a winter landscape. It's amazing that she doesn't get cold, but even with her short hair she seems completely unfazed. I guess dogs are pretty much built for cold weather.

In fact, she has a special winter skill:


Other than taking the dog out, I mostly just cleaned the house and took care of some chores. I read Lauren Groff's book "Florida," a collection of excellent short stories set in my home state, and last night Dave and I watched "Magnolia," one of my favorite movies. It's a very peculiar film, a real head-scratcher, particularly at the end -- and critics have been divided about it ever since it appeared in 1999. To me, it comes together beautifully and leaves us pondering exploitation, loneliness and torment as well as love, forgiveness and the miraculous.

I'm so glad everyone reacted positively to yesterday's post. I had doubts that anyone would find mid-century china patterns interesting (and this from a guy who once wrote about a box of staples). Glad I was wrong!
Posted by Steve Reed at 7:39 AM