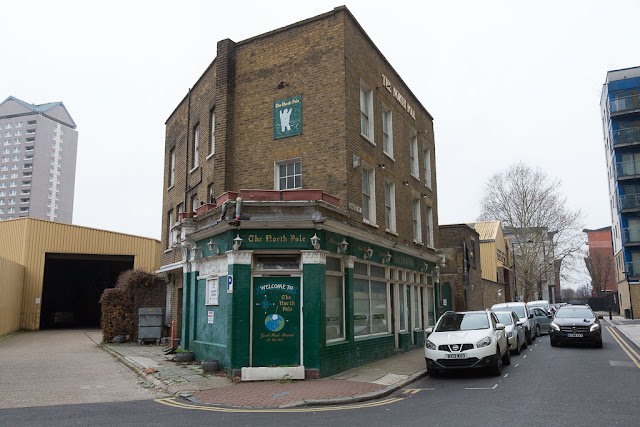 One of the reasons I went to Canary Wharf a couple of weekends ago was to photograph this pub, The North Pole.

It's closed now, but I saw photos of it on Flickr and it looked like a place I'd have loved to visit. It's surrounded by glassy new construction and frankly I'm amazed it's still there. It's apparently been closed since 2014. 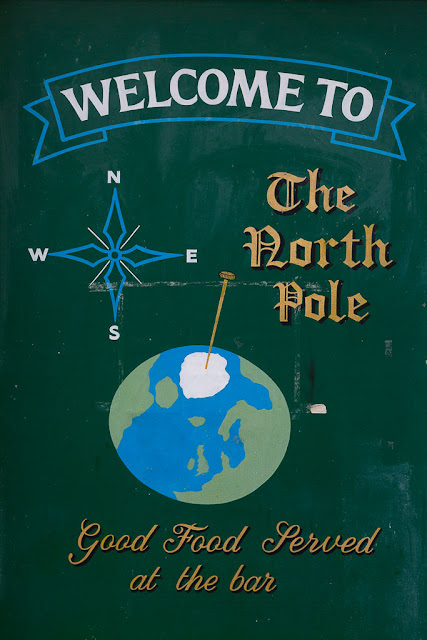 At one time it was voted by Londonist readers as one of the best pubs on the Isle of Dogs. From their photos it appears to have been a congenial little place. 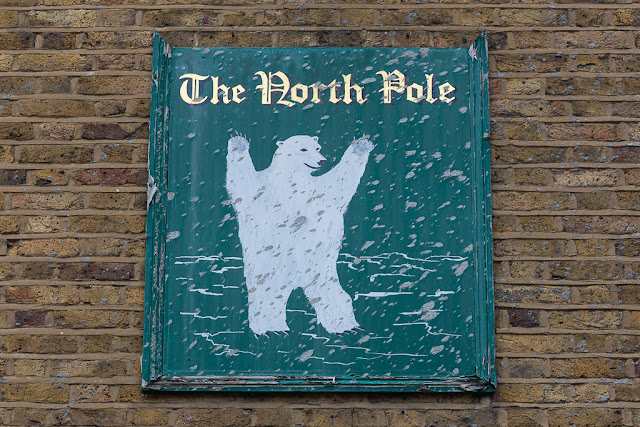 I love all the Arctic imagery, especially the cement-spattered polar bear. 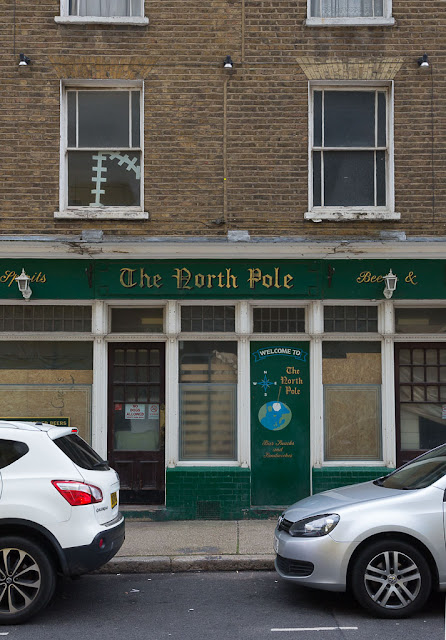 Canary Wharf is otherwise a very sterile land of chain restaurants and glassy mall shops. It seems like there would be demand for a traditional old pub in the neighborhood. Reviews on another site were somewhat mixed, though.

Incidentally, I wondered about the name. Why "North Pole"? It's not a terribly common English pub name -- not even in the Top 50. It is near the northern edge of the Isle of Dogs, so maybe that's the reason, but your guess is as good as mine.
Posted by Steve Reed at 6:50 AM