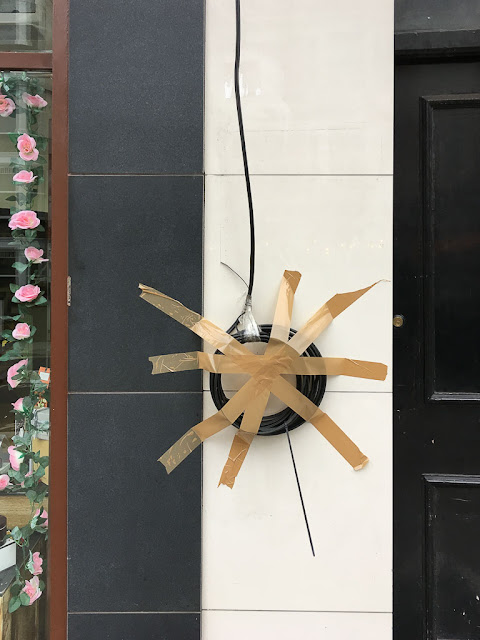 The big news of the day is that our Chinese lantern plant is not dead, as we had feared. I'm not sure I ever wrote about this, but we've had terrible luck growing Chinese lanterns. We lost two plants in two consecutive years -- one we planted at the wrong time and one got demolished by slugs (or something). Our third attempt seemed to flourish until last August or September, when it abruptly turned yellow and then brown and wilted away.

I knew they died back in the fall, but August seemed too early. Still, we left the pot alone all winter to see what would happen. I was already thinking about what else I could plant there, but lo and behold, yesterday I found lots of little sprigs coming up. Not only isn't the Chinese lantern dead, it seems to have grown underground all winter. It's much bigger now. Hopefully we'll get some lanterns this year.

I finished "Unsheltered" yesterday. I've heard people criticize Barbara Kingsolver for being preachy about economic issues and climate change, but I didn't find that to be a problem at all. Of course, I agree with her 100 percent. Maybe if I didn't I'd feel differently. I'm now tackling David Wallace-Wells' "The Uninhabitable Earth," which delves deeply into climate change and is probably going to be a downer, to put it mildly.

(Photo: Creative cable storage on our high street.)
Posted by Steve Reed at 5:58 AM