More on Climate, and Joni 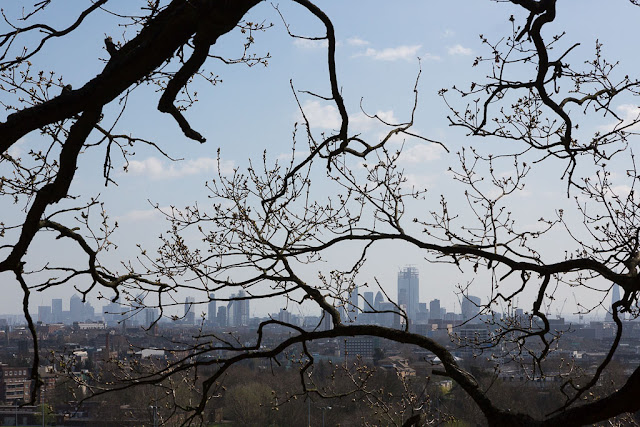 I finished "The Uninhabitable Earth." I know it's a drag for you to come to my blog and be inundated by doomsday prophecies, but I have a few more thoughts on climate change that I didn't get into yesterday.

First, although I firmly believe the world is wildly overpopulated and growing more so, I am NOT saying we shouldn't have ANY more children. Obviously we need some children to continue managing our civilization. David Wallace-Wells, who wrote the book, fathered a child while he was working on it, and he argues that we must not withdraw from the future entirely, but continue to invest and engage in it. Having no children was absolutely the right decision for me, personally, for a variety of reasons -- but I understand that others want children and I think that's fine.

I do believe, however, that as a planet we should be talking much more actively about family planning and population control. Instead, there is deafening silence from our political leaders on this subject. Inevitably our population will be regulated, either methodically by us or chaotically by nature. It's our choice.

In terms of climate, here's what I think is going to happen in the short term. Within the two or three decades I hopefully have left to live, we're going to see more of what we're already seeing: Occasional devastating storms, floods, droughts, fires and other forms of climate disruption, some of them huge and costly in both life and property damage. We will see periodic inundations of our cities, like New Orleans during Katrina and New York during Sandy. (Next on the list, according to Wallace-Wells: Miami Beach.) We may see brownouts as utilities are rationed. We will see greater migrations of people from places where the climate is going to grow truly unbearable, in hotter parts of the world like India, Pakistan and parts of Africa. The degree of conflict we experience during these migrations is partly up to us, isn't it?

In between all that, we'll continue to enjoy our day-to-day lives, and one way or another, we'll adapt -- just as we have been for the past decade or more as climate change was already making itself felt. (And hopefully we'll elect better leaders who will at least try to address the problem.)

I don't want to seem too simplistic, and I know it's easy for me to say from my relatively unscathed perch in temperate England. But what else can we do? 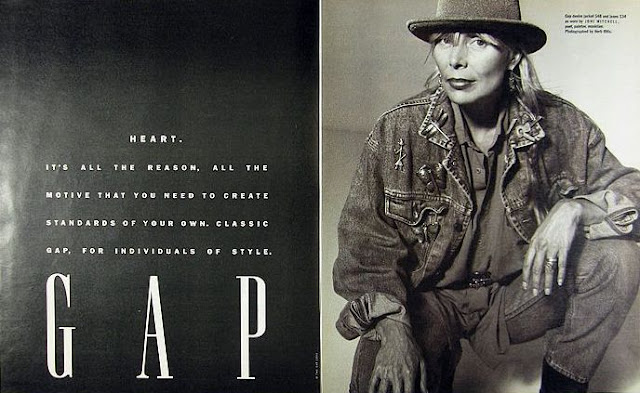 And now for something completely different: Does anyone remember this Joni Mitchell ad for Gap? It came out in 1990. I got to thinking about it the other day and wondered if I could find it online, and voila -- there it was. I love this photo of Joni (by Herb Ritts) -- does she have guitar-player hands or what?

At the time, I tore the ad out of a magazine and laminated it. I took it with me when I moved to Morocco in 1992, and hung it on the wall over my bed as part of a collage (pictures and postcards from family and friends, paintings by Georgia O'Keeffe). 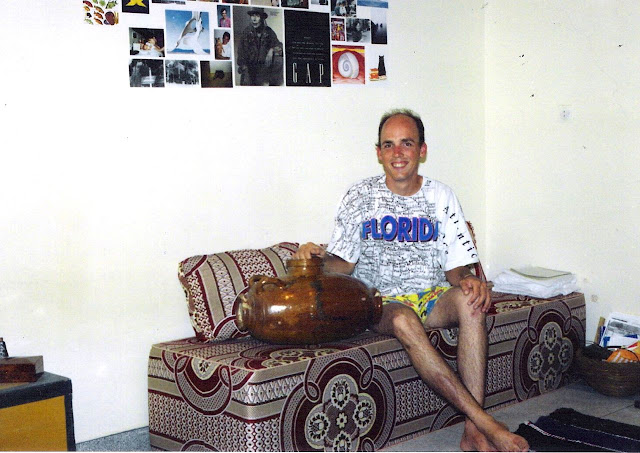 In fact, here's a picture of me with Joni clearly visible. (My legs were banged up from bicycling accidents -- I was an avid, and apparently not-too-careful, bicyclist at the time.) I am sitting on my "ponge," which is what many Moroccans traditionally use as a sofa and/or bed. I slept on that thing for two years! I'm holding a Berber butter churn, which I bought because I loved its submarine-like shape, but I wound up not keeping it -- it was way too heavy to bring back to the states. I gave it to a neighbor.

In fact, the only object in that photo that I still own, aside from a few of the pictures, is the little black kohl bottle you can only barely see peeking in from the left side of the frame. It's on my bedroom windowsill now.

That seems so long ago -- but we were talking about global warming even then!

(Top photo: London seen from Hampstead Heath.)
Posted by Steve Reed at 6:58 AM