Pancake Day, and an Ancestor 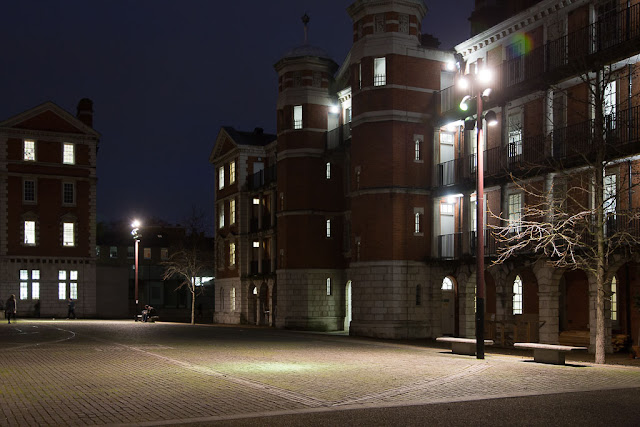 Tuesday was "pancake day" here in Britain -- also known as Shrove Tuesday, the day before Ash Wednesday. I'm not sure how it came to be associated with pancakes, except that maybe, like Mardi Gras, eating pancakes was seen as a last indulgence before the austerity of Lent. I mention it only because we were served pancakes in our school cafeteria, which was kind of fun and an unexpected twist to my normal lunch routine.

I thought they were pretty good, complete with syrup and whipped cream. (It was just a small portion for dessert, two silver-dollar sized pancakes.) They were American-style pancakes, too, and not the European pancake that Americans would call a crepe. Dave, on the other hand, was not impressed. He's a tough audience.

Speaking of Dave, he bought replacement fish and completed our fish pie for dinner last night. It turned out really well. I suggested he go back to Sainsbury's and tell them he left his fish in the checkout lane to see if they'd replace it for free -- but I doubt he did, and I get that. Some things you just have to let slide. And after all, it wasn't Sainsbury's fault. 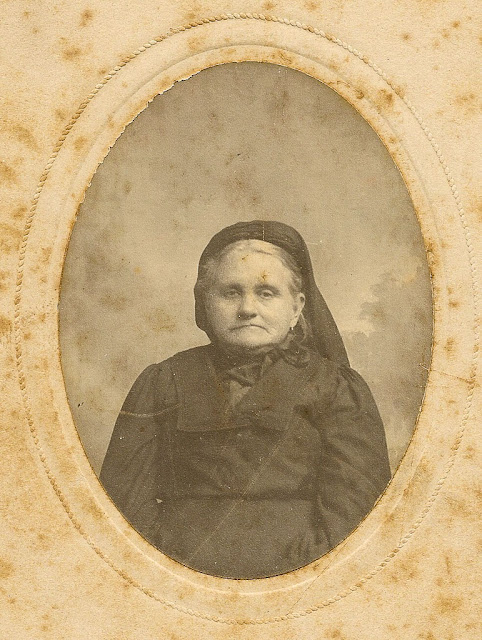 Inspired partly by Sabine, who occasionally shares old photos of her relatives, I thought I'd show you this one. I came across it in my scanned photos the other day. It's one of our oldest family photos -- so old, we're not even sure who it is. She was definitely related to my maternal great-grandmother. It could he her grandmother, who lived in or around Robeson County, North Carolina, the home of that branch of the family.

The clothes look very mid-1800s. I wonder if she was in mourning? She doesn't look particularly happy, but I'm guessing there was some bad dentistry going on, which may have contributed to the grim set of her mouth. Besides, she probably had to sit still for a while in order to have the picture taken. If she was anything like my great-grandmother, she was probably annoyed.

I believe we got this photo when we collected a box of my great-grandmother's belongings from the realtor who sold her house in Avon Park, Fla. in 2002. That box also contained my great aunt and uncle's travel scrapbooks, which I've written about before.

It fascinates me to look at this photo and think how different her world was.

(Top photo: A courtyard near the Tate Britain, last month.)
Posted by Steve Reed at 6:36 AM