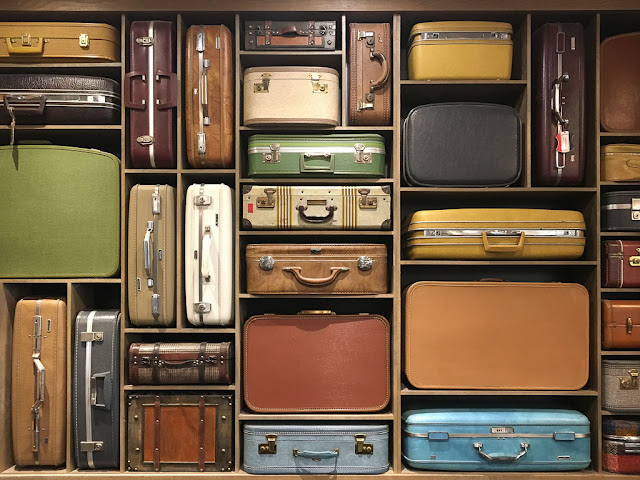 I'm posting a bit late this morning! Dave, Olga and I all had a lie-in. It seems none of us wanted to get up, and it's so gray and damp and chilly outside, there's barely any reason to.

Dave thinks he figured out how the plastic lid got in the egg frittata. When he took some leftover potatoes out of the fridge, he removed the lid and tossed it aside onto the counter. Only it didn't land on the counter -- it landed in the baking dish for the frittata, which he was mixing in a big bowl nearby. He then poured the contents of the bowl into the baking dish without looking, et voila -- plastic lid frittata.

I'm loving Shaun Bythell's book "The Diary of a Bookseller." He expresses really well the frustrations of dealing with customers and their many demands -- frustrations that I share in the library. Customers who say they want something and then, when you find it for them, change their mind; customers who want to tell your their life story ("I am going to get a mask and paint 'I DON'T CARE' on the forehead and put it on when such occasions arise in the future," Bythell writes); customers who say, "I want a specific book but I don't know what it's called or who wrote it or what it's about."

My particular pet peeve is, because I sit at a big desk out in the open, and sometimes I'm not directly engaged with anyone standing in front of me, people assume I'm doing nothing and come up and start talking to me about any old thing -- when in fact I'm often doing something on my computer and they're breaking my concentration. My co-worker and I agree that the interruptions are the hardest part of the job. It's hard to maintain focus on any task.

Anyway, I don't want to sound like too much of a crank, but I'm identifying with Bythell -- even though he said booksellers don't like librarians because we fill up books with stamps and cover them with stickers and plastic laminate, thus all but destroying them for the book trade.

I guess the thing about book people is, we'd all rather just be reading. Unfortunately we have to make a living.

(Photo: A display of vintage luggage in a Starbucks at Dulles Airport in Virginia. I thought it was pretty inventive!)
Posted by Steve Reed at 8:06 AM