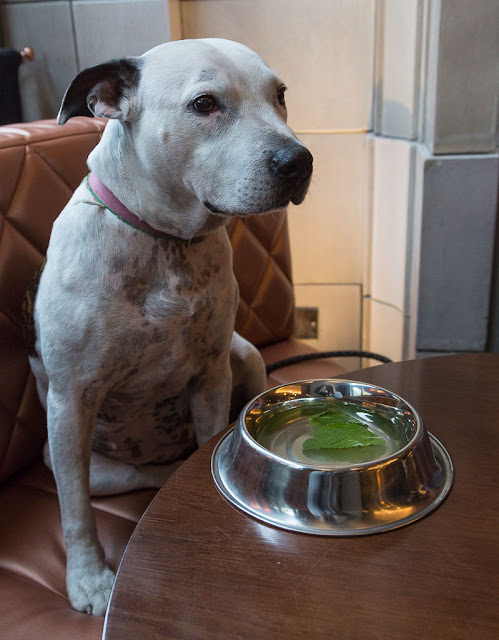 Dave's birthday surprise turned out to be an outing with the dog. He found a pub in the Sheraton Grand hotel on Piccadilly, Smith & Whistle, where canines are welcome, so we piled into a hired car and got chauffeured there for a birthday lunch.

Olga was very excited, but also not quite sure what to make of a restaurant where she could sit on the banquette. She looked like she thought she might get in trouble. While we had cocktails, we bought her a special non-alcoholic "dogtail," described as a "blend of special brewed dog beer and fresh mint." Of course, she wouldn't touch it. She had a bowl of water instead.

We ate Chicken Kiev (which we shared with the dog) and took some pictures. 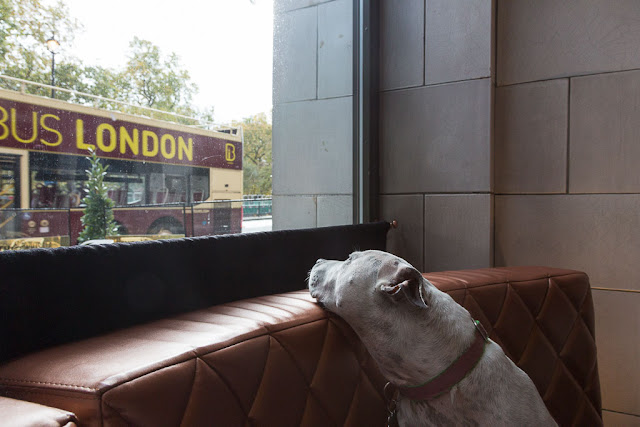 Olga, however, was looking wistfully outside, and Gordon, one of Dave's co-workers, texted him unexpectedly with a sudden need for a meeting to discuss work stuff. So Gordon joined Dave at the pub and I took Olga to Green Park, across the street. 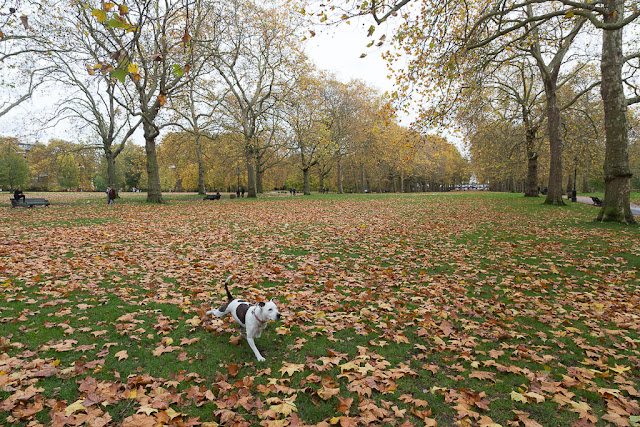 She was much happier there!

Green Park is chock-full of squirrels, and because the visitors and tourists feed them, they're fat and lethargic and trusting. I was genuinely terrified that Olga was going to catch one and do it in right before the eyes of a squad of visiting toddlers.

Fortunately that didn't happen -- she's too slow even for fat squirrels -- but she had a great time chasing them and never got discouraged. 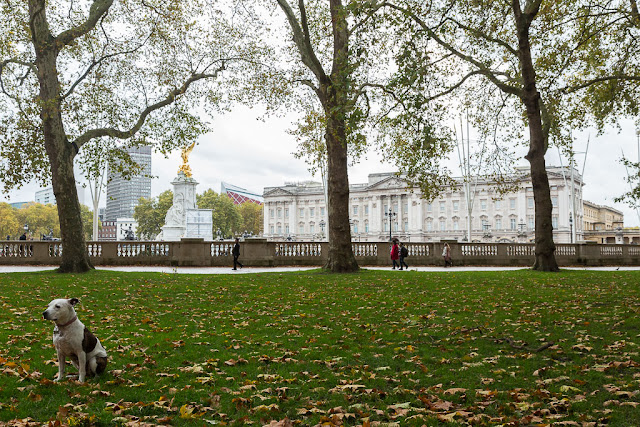 We passed by Buckingham Palace, where we waved a paw at the Queen's corgis.

Then we headed back to the restaurant to rejoin Dave and Gordon, who by then had ironed out whatever work issues needed ironing. We got on the tube and came home.

We spent the evening watching "The Day of the Triffids," a classic 1962 sci-fi movie that I had somehow never seen. I've long been curious about it because it's featured in the theme song from the "Rocky Horror Picture Show":

I wouldn't say I got hot, but I was certainly entertained. Even Dave liked it, and as a rule, he hates old movies!
Posted by Steve Reed at 6:58 AM