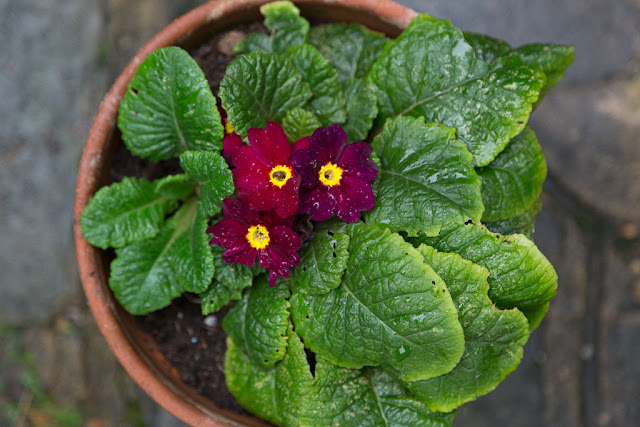 When this pot full of primroses stopped blooming in the spring, I left it on the back patio, beneath a plant stand, where it's basically been fending for itself. I was surprised to see the other day that it's blooming again, as are some yellow primroses in a hanging basket on our walnut tree. Durable little devils! It doesn't seem like a great time to be flowering -- there don't seem to be many pollinators around -- but who am I to question the cycles of nature?

Primroses have been around a long time. I guess they know what they're doing. 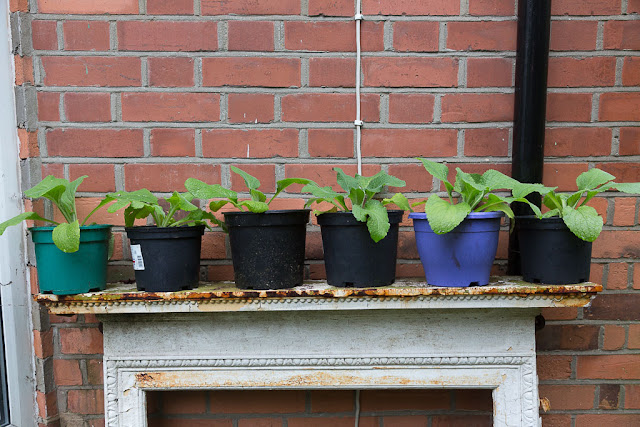 Here are my newly repotted foxgloves, now with room to keep growing before being planted out in the garden in early spring. 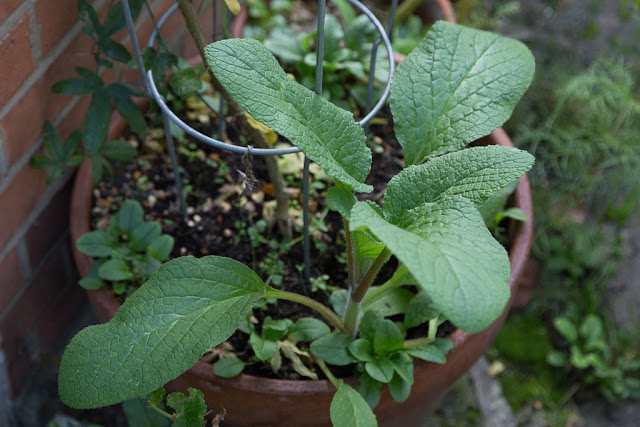 I haven't got a clue what this is. It grew in the pot holding our passionflower vine, and at first I thought it was just borage. But the leaves have a slightly different look and it has a stalk, whereas borage grows as a rosette from the ground. I'm waiting to see what it becomes!

The pops and crackles of Bonfire Night fireworks have been audible for the past several evenings. Fortunately Olga, unlike many dogs, doesn't seem all that bothered by them. Last night was the big event, celebrating the failure of a group of plotters -- including the infamous Guy Fawkes -- to blow up Parliament in the early 1600s. We didn't actually see any fireworks, but I heard a ruckus next door at Mrs. Kravitz's so I think she had some kind of back-garden celebration.
Posted by Steve Reed at 6:35 AM