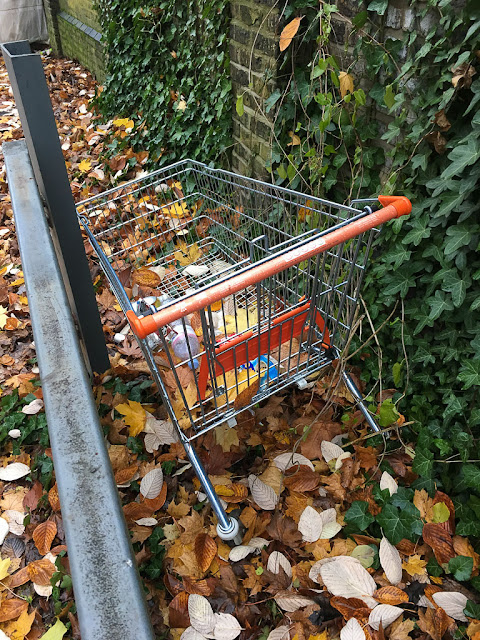 For weeks now, this shopping cart (or "trolley," as the English say) has been sitting in a forgotten corner of Fortune Green, next to a wall at the dead-end of Ajax Street, behind the playground.

It's been sitting and sitting, filling up with leaves and trash. A week ago Sunday, while walking Olga, I took a closer look at it. It was from B&Q, a home supplies and hardware store, and there was a number on the handle to call if the cart turned up lost somewhere. The nearest B&Q store is in Cricklewood -- not exactly next door -- so I dialed the number.

A confused-sounding operator answered and said she would try to find out who I was supposed to call in order to report a lost cart.

"I'm supposed to call YOU," I told her. "I took this number right off the cart handle."

She put me on hold and went to consult someone about what to do with my clearly unusual call. Finally, after a few minutes, she came back and promised she would relay my message to the appropriate people.

A week passed. Saturday morning, walking past Fortune Green again, I looked to see if the cart was still there. Of course, it was. I tried to call B&Q again, but when I got through, another operator told me their systems were down and he couldn't take a report of a lost cart.

As you know, stray shopping carts are a pet peeve of mine. So yesterday morning, Olga and I decided to take care of the problem ourselves.

We retrieved the cart and set out for the B&Q in Cricklewood, rolling the rattling, clattering contraption beside us. 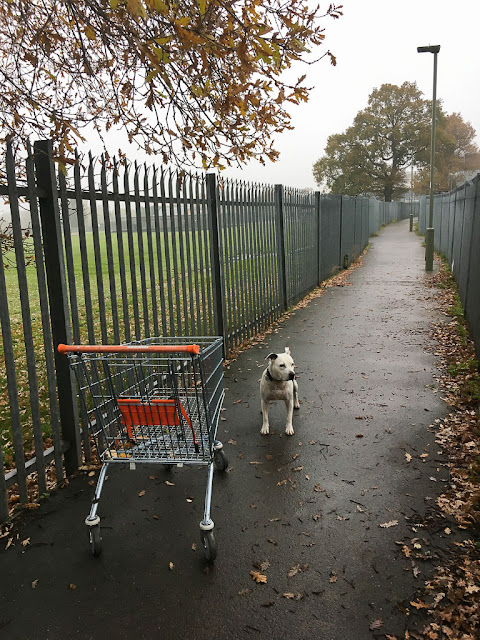 We rolled it along the footpath past the cemetery and the rugby fields. 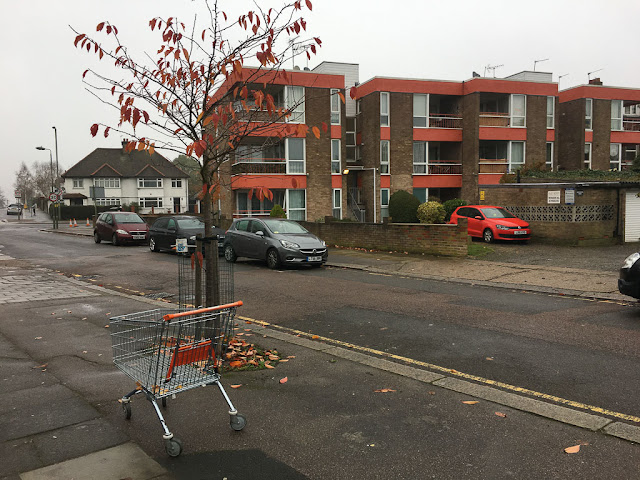 We rolled it up the uneven sidewalks along Farm Avenue. 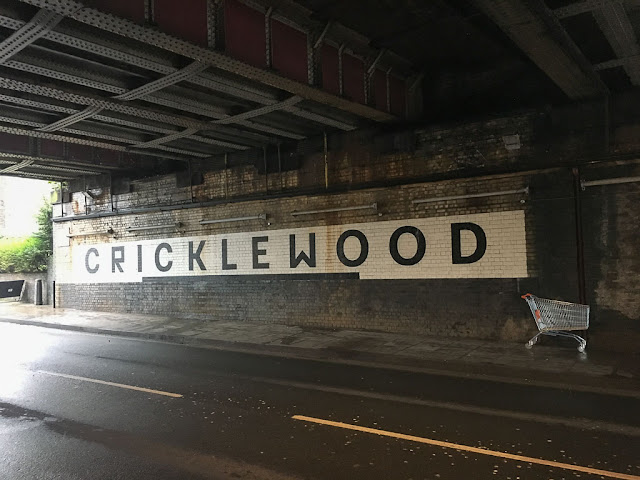 We rolled it along busy Cricklewood Lane, and beneath the train tracks that carry the Thameslink trains into London. 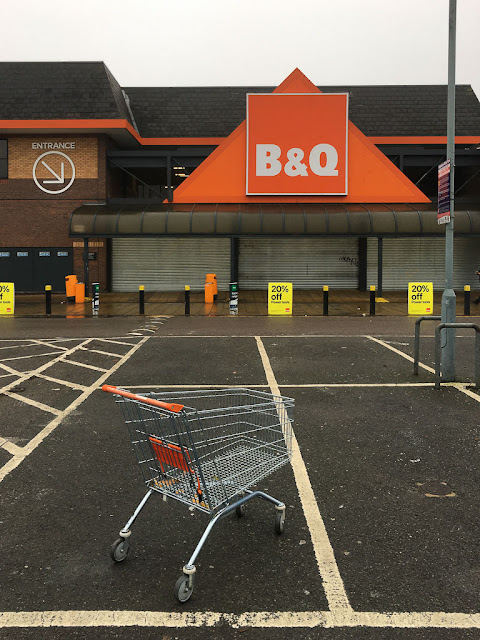 And finally, 1.1 miles later -- according to Google Maps -- we deposited the cart in its homeland, B&Q. I parked it next to a door where other carts were clustered. Job done!

We passed several people on the sidewalks during this adventure, but no one gave us so much as a second glance, which surprised me. I thought we made quite a spectacle. But I suppose in the grand scheme of things, a 50-ish bald guy with a rattling shopping cart and a staffy isn't that unusual in London.

Olga insisted on walking back along Cricklewood Broadway (chicken bones!) before settling in for a quiet afternoon of recovery on the couch.

I, on the other hand, had to zip out to see Dave's high school students perform their winter concert. It's early this year -- last year it was Dec. 9. That put a bit more pressure on the kids by depriving them of a couple of weeks more rehearsal time, but they did well! One of the pieces they performed was called "Endless Rainbows," a title that Dave mocked relentlessly -- in fact, he sampled the piece online on a lark, expecting it to be syrupy and awful, and was surprised to find it's actually good.

Oh, and I finished "The Story of Harold." I remain underwhelmed.
Posted by Steve Reed at 6:30 AM