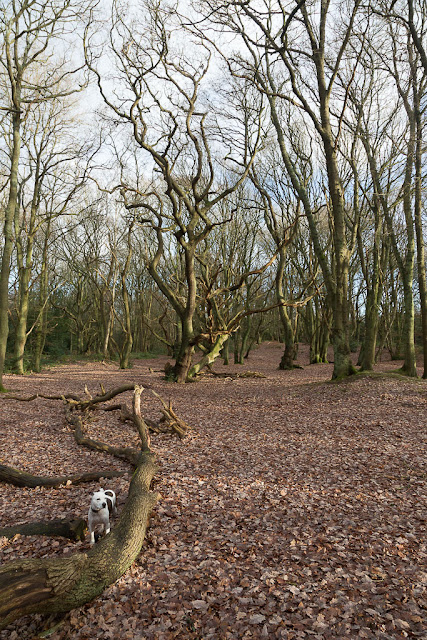 Another sunny Sunday, another day on the Heath. Olga and I went in late morning and spent several hours, me walking and Olga stalking... 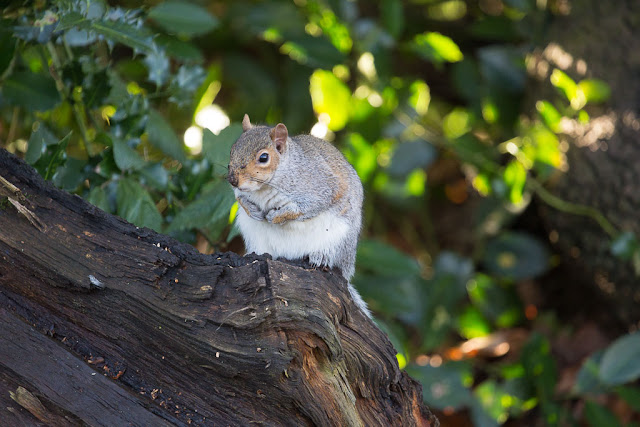 ...her usual plump and elusive prey.

As I've often said, don't worry -- plump as they are, they're wily and fast and she never catches them. 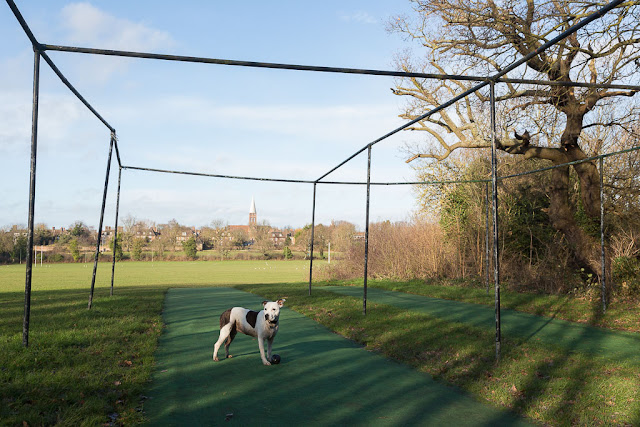 All the nets have been taken down around the cricket batting cages, and if the football goals ever had any (I can't remember), those are gone too. Maybe it's a winter thing, to take the nets down. 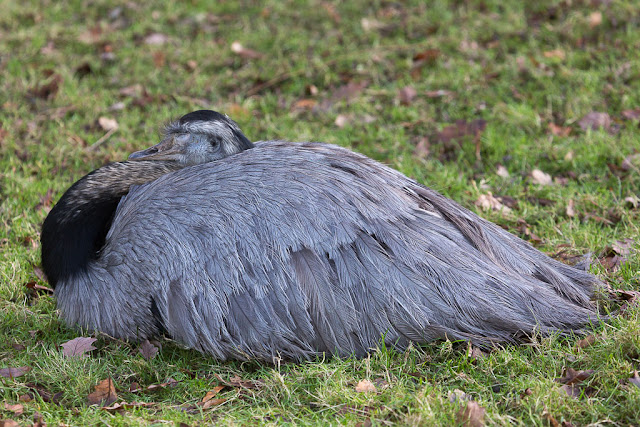 Have you ever wondered what a sleeping emu looks like? Well, wonder no more! The one in Golders Hill Park was snoozing when we walked past its enclosure. It even has a little ear! What a weird creature. Definitely a dinosaur.

A woman walking behind me said, "I thought it was a gray stone, until you started taking pictures of it!"

Olga and I got home around 1:30, and I was amazed it was still so early. The sun was so low and the shadows so long that it felt like 4 p.m. This time of year, we only have about eight hours between sunrise and sunset. The days are fleeting.

In the afternoon, I had a weird urge to watch "Grease," which I hadn't seen in ages -- probably ten years at least. It's a very shallow movie -- I'd forgotten how shallow -- but it's still fun. Dave, who despite his musical background (or perhaps because of it) is no fan of musical theater, declined to watch it with me. But Olga and I stretched out in his recliner and I sang all the songs. (As a middle-schooler, I owned the soundtrack album.)

Last night, as we lay in bed, we got a sudden hailstorm. It sounded like someone spraying gravel at the windows. What a racket! It only lasted a few minutes before turning to rain. Hopefully nothing in the garden sustained any damage. (Not that there's much out there at this time of year.) When the sun finally comes up, I'll be able to take a look.
Posted by Steve Reed at 6:26 AM