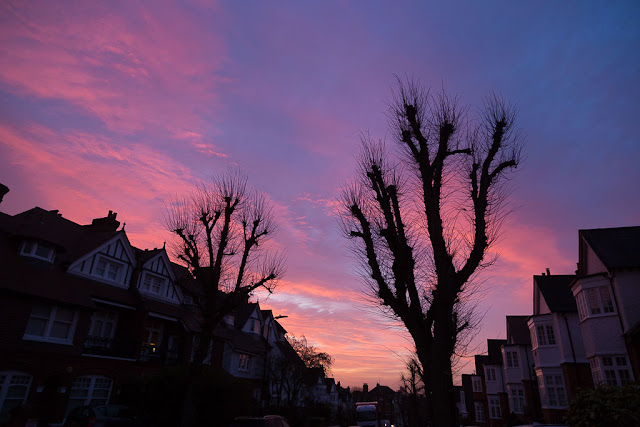 When Olga and I came down the front steps yesterday for our morning walk, we were greeted by this sky. I turned right around to get the camera, much to the consternation of the dog, who refused to climb the steps again. It's like she was saying, "Hey! I thought we were going for a walk?!"

I snapped a few photos, put the camera back in the house and we continued on our way. Down the street we passed another guy who was digging out his iPhone for some shots of his own.

"What a morning!" he said. I told him I'd just been taking pictures myself. 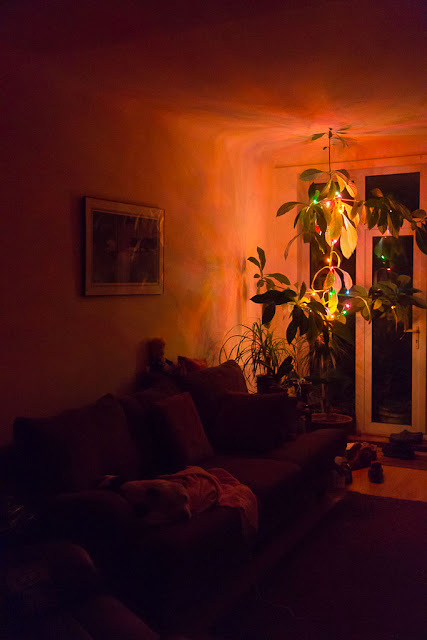 You can barely see Olga in the shadows on the couch, looking quizzically at the camera.


And just to prove that I really will blog about anything, check out this little piece of plastic confetti I found in the library. I've seen plenty of star-shaped confetti, but never a piece etched with more little iridescent stars. To us, in the modern world, it's pretty mundane, but wouldn't our ancestors have found it amazing?

Easily amused, I know.
Posted by Steve Reed at 6:51 AM