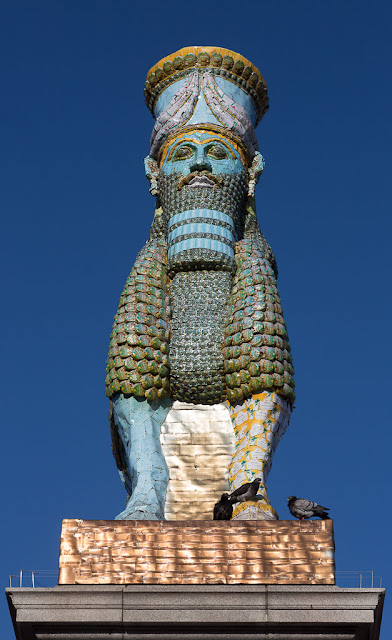 This is a sculpture by Michael Rakowitz that now occupies the fourth plinth in Trafalgar Square. It's a recreation of the Lamassu, a winged deity that guarded one of the city gates of Nineveh, in present-day Iraq, from 700 B.C. until ISIS demolished it in 2015.

Rakowitz has been working since 2006 on a project called "The Invisible Enemy Should Not Exist" aiming to recreate some 7,000 artworks looted from Iraq's archaeological museum or destroyed elsewhere. This sculpture is especially interesting because it's made of empty Iraqi date syrup cans, "representative of a once-renowned industry decimated by the Iraq wars," according to a plaque on the plinth. 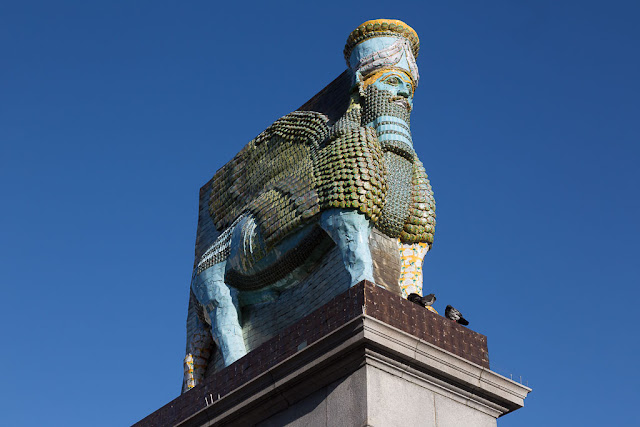 "Rebuilding the Lamassu means it can symbolically continue as guardian of a city's past, present and future," the plaque says.

It quotes an inscription on the Lamassu: "Sennacherib, king of the world, king of Assyria, had the inner and outer wall of Nineveh built anew and raised as high as mountains." 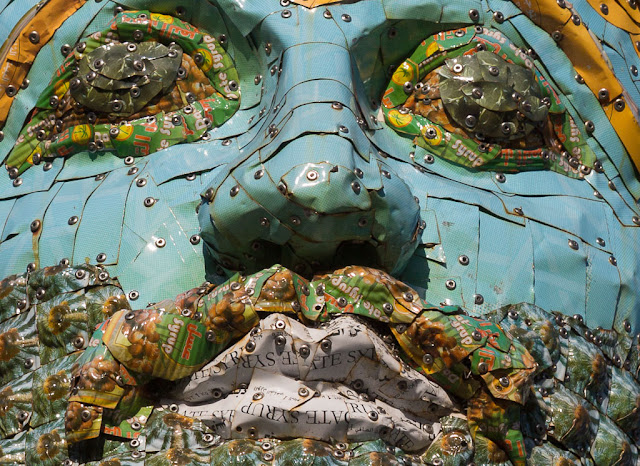 We think of art, especially ancient art, as a relatively stable presence in our culture, something more or less permanent and treasured by all of us. Sadly, that's not the case. The loss of the Lamassu (and other art losses, like all the paintings stolen from the Isabella Stewart Gardner Museum in Boston in 1990, or those stolen from the Kunsthal in Rotterdam in 2012) reminds us that even famous artworks are vulnerable. In fact, civilizations themselves, like that of the ancient Assyrians, are transient.
Posted by Steve Reed at 7:03 AM