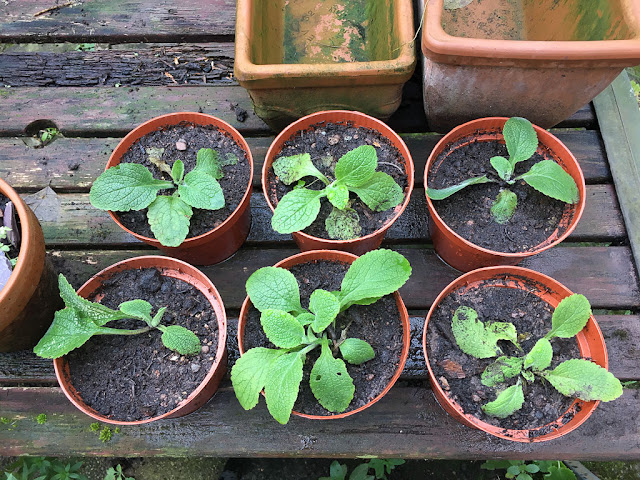 One task I completed on Sunday -- and forgot to mention in yesterday's post -- is repotting the foxgloves that a co-worker gave me in October. These are different from the ones I grew from seed, which are an apricot pink variety. These are supposedly purple, closer to the wild foxglove. They've spent all this time in a plastic seed tray, and I decided to put them in pots in the hopes that they'd grow a bit more before spring comes along.

They're much smaller than the seedlings I grew myself and repotted back in September... 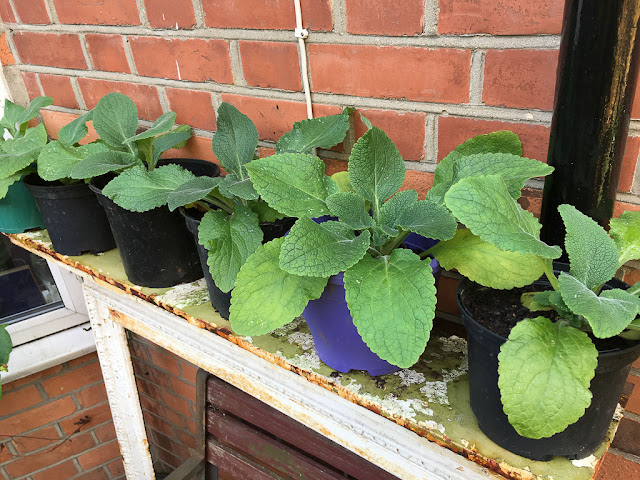 ...which look downright robust, don't they?

At work yesterday I spent the afternoon in a training session focused on transgenderism and trans issues -- specifically, what terminology to use with trans people, how to think about gender in terms of a spectrum rather than two binary poles, stuff like that. We considered different ways to respond to various scenarios involving trans people, from providing facilities and equal educational opportunities to dealing with colleagues who may be dismissive or insulting.

It was pretty interesting. I went in thinking I was fairly hip, but even I struggled with some tasks and discussion points. This is all pertinent because in recent years, we've had a few kids declare themselves trans at our school. We need to know more about how to support them. (Just last week, in fact, a boy started coming to my desk each day wearing eye shadow and lipstick -- I'm not sure yet what's going on there.)

In the morning I sorted old yearbooks. We had a huge stash of yearbooks in our conference room cabinets, but some of them were damaged by a staff member who used to cut out pictures to make birthday collages for students. That staff member is retired now, so I boxed up the damaged books to be shredded, and put the others back in the cabinet. (This is separate from the yearbook archive I created last year. These are just spares.) 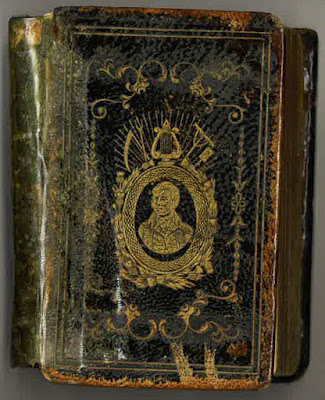 Speaking of our conference room cabinets -- here, just for the heck of it, is a photo of an extremely old book in our library. It's a small volume of poems by Robert Burns, and my boss said it was actually on the shelf when she came to our school about ten years ago. It's since been removed from the circulating collection and relegated to a display cabinet, along with other ancient or otherwise delicate volumes. 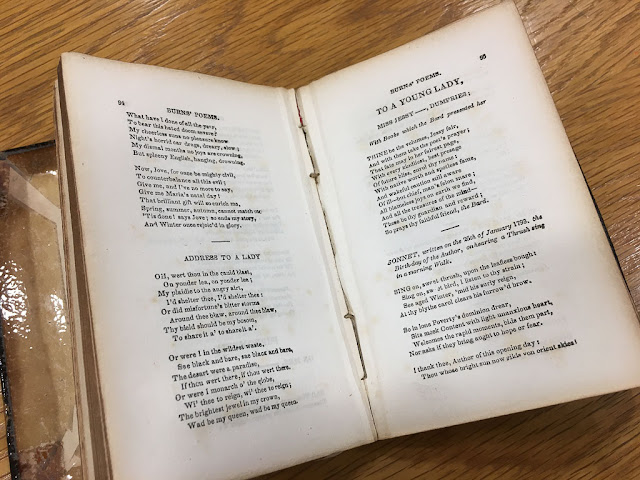 We have other books of Burns poems in the collection, so his tim'rous beasties and crowlin ferlies are still accessible to students. (They're all online now anyway!) 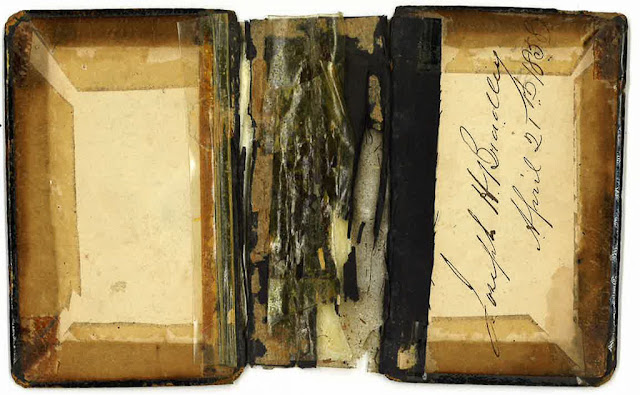 As you can see, the cover is barely hanging together. In fact the entire spine is missing -- it's only got the two end boards, which have been covered in plastic library laminate. I suspect the book has been destroyed from a true bibliophile's point of view, but it's still kind of interesting. I wonder if Joseph H. Bradley (whoever he was) would be surprised to find it still in existence 161 years after he signed his name inside the back cover?
Posted by Steve Reed at 6:55 AM