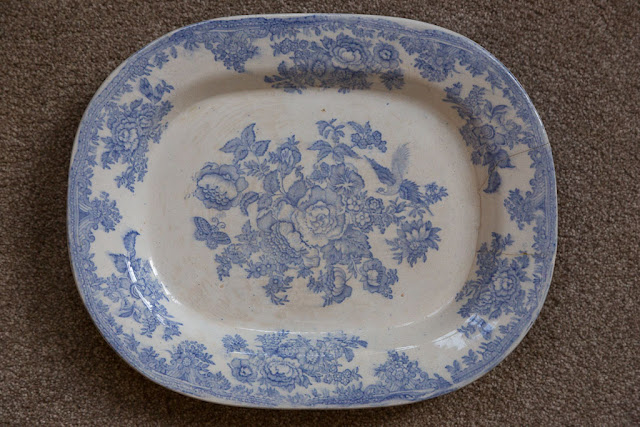 I was walking Olga on Tuesday morning when I spotted this platter atop a pile of construction debris in a skip (dumpster) near our flat. It was pretty dark, so I couldn't inspect it in detail, but it had clearly been discarded so I grabbed it and brought it home.

Only after I got it into some better light did I notice it's cracked (on the right-hand side in the photo above). Still, it's kind of an interesting piece, and it got me doing a little research on its age and history. 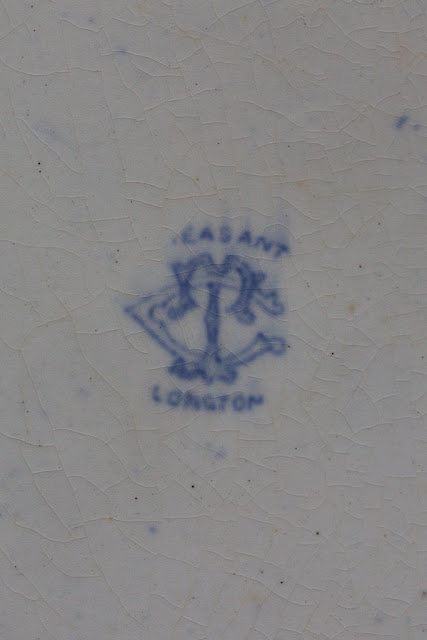 The platter has this potter's mark on the back. I initially thought it read "Casant, Longton" but after Googling around I realized it's actually "Pheasant, Longton." It turns out the pattern is known as "Asiatic Pheasants," a popular style launched in the Victorian era. The mark belongs to the Thomas Cone pottery of Longton, near Stoke-on-Trent, which used it between 1912 and 1935.

So it seems the platter is somewhere between 84 and 107 years old. It's not great quality -- the pattern is blurry, smudged and the glaze is crazed with tiny cracks, allowing some staining of the underlying pottery. 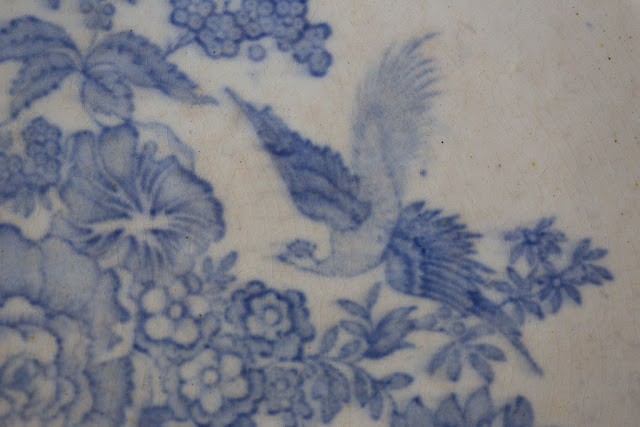 Apparently this isn't unusual. According to the history of the pattern I linked to above, "The body of most Asiatic Pheasants dinnerware was commonly earthenware and the sheer volume of demand led inevitably to a general loss of quality in both the potting and the printing."

I'm not sure why it's called "Asiatic Pheasants," plural, because as far as I can tell, there's only one bird on the plate. 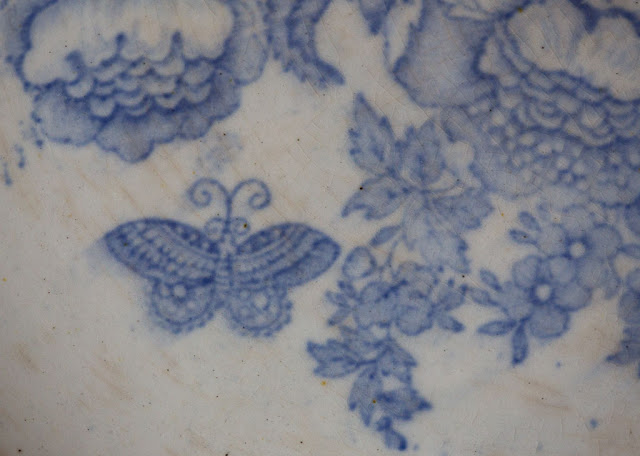 Still, I like it. Even with the cracks I think we can prop or hang it up for display. It's no doubt got a lot of history.

Incidentally, to make this piece even more alluring, I think it was discarded by our newest celebrity neighbor. Yes, we apparently have another one, at least according to Mrs. Kravitz. (Plus, I'm 99 percent sure I saw him the other day, going into this particular house.) So it can join the celebrity flowerpot as a conversation piece in our very humble and un-celebrityish abode!
Posted by Steve Reed at 6:42 AM