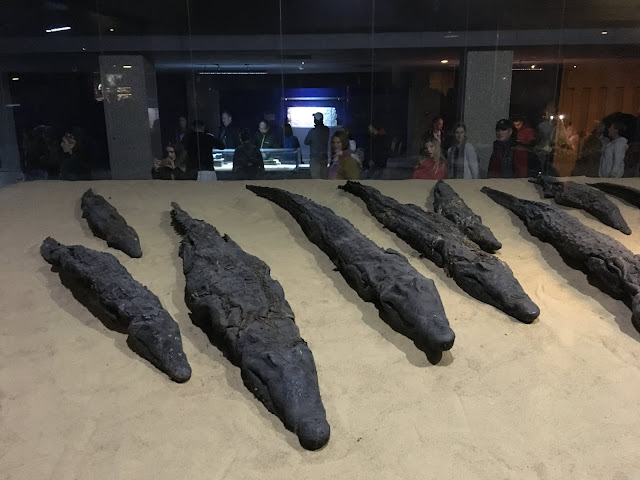 I forgot to mention yesterday that at Kom Ombo temple there’s also a crocodile museum, because the ancient Egyptians revered the crocodile. These are crocodile mummies, thousands of years old! Of course, being from Florida, I loved this. Our guide tells us there are no more crocodiles in the Nile north of the Aswan High Dam, but apparently they’re still in Lake Nasser and farther south. 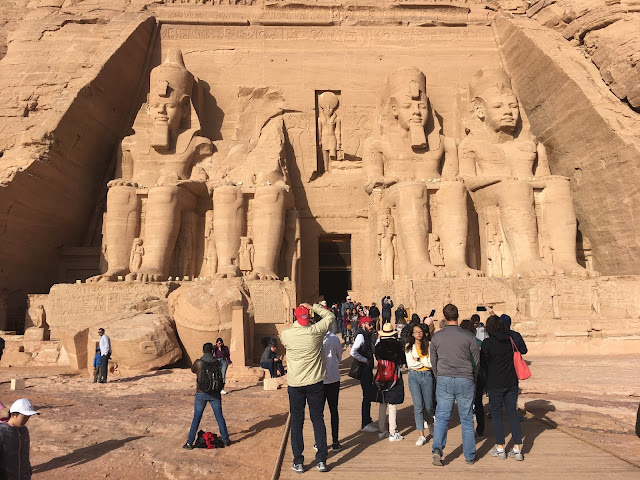 Yesterday was super-busy. I got up at 3:30 a.m. to catch a bus down to Abu Simbel, about three hours south of Aswan by road through a virtually featureless desert landscape. It’s a temple complex that’s testament not only to ancient Egyptian engineering, but modern engineering too. When the Aswan High Dam was built across the Nile in the 1960s, creating the gigantic Lake Nasser, this temple and many others were due to be flooded. UNESCO helped move it to higher ground, building an artificial mountain, carving the temple and rock face up and transporting it block by block. It’s a remarkable temple.

Dave didn’t go to Abu Simbel. He preferred to sleep in. He’s on temple overload.

Oh, and remember how I said yesterday I’m almost in Sudan? Abu Simbel is just 60 km from the border, according to our guide. 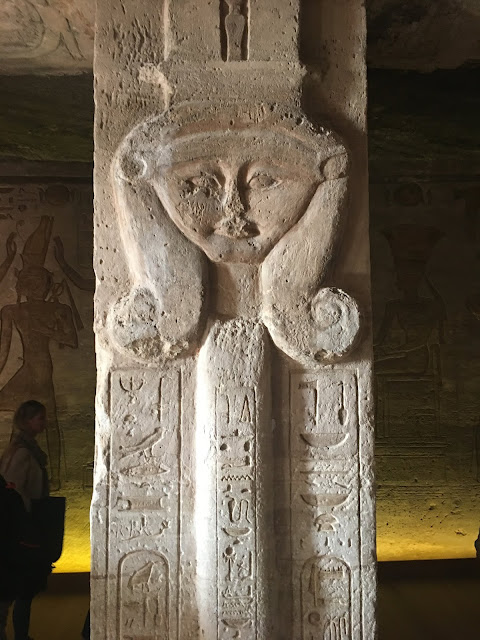 I found some really scraggly looking skinny dogs in the parking lot at Abu Simbel. Since they’re distant cousins of Olga, I tried to share my breakfast with them. I tossed them some cheese rolls. Unfortunately in the Middle East when you throw something to a dog, the dog thinks it’s a rock and runs away. I saw them circle back once they got a whiff of the bread, though. I hope I made their morning.

Then it was back on the bus and back to Aswan, where we visited the dam and a rock quarry that served as the source of granite for ancient Egyptian obelisks. 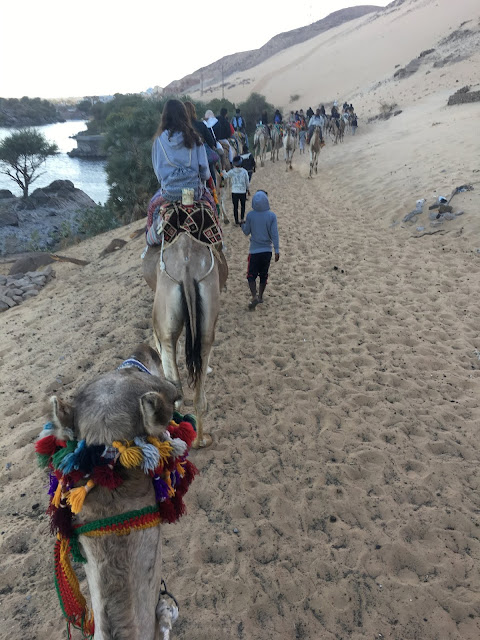 In the evening I went with a group of Spanish tourists to a Nubian village — again sans the exhausted Dave — where there was the inevitable camel ride. I’ve always scoffed at these cheesy camel rides, which no self-respecting Morocco Peace Corps volunteer would ever take. But I have to admit it was pretty fun. My camel did not like me. I don’t think it likes anyone.

We also did a sailboat outing on the Nile.

Oh, and remember the towel baboon? Well, look what greeted us in our room next... 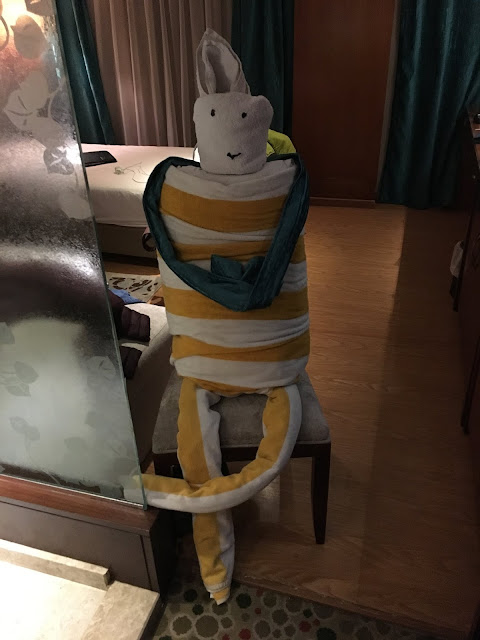 His body is made from the pillows on our beds.