Stuffed Rats, a Creepy Bunny and a Disco Ball 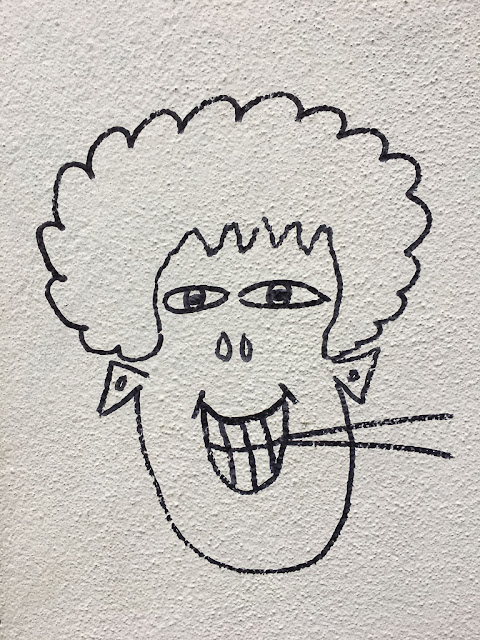 Autumn is breathing its last gasp as we prepare to head into winter. The trees have shed almost all their leaves and the days seem ridiculously short. I walk the dog in the dark in the morning and I come home in the dark after work.

Still, I'm managing some iPhone photos here and there -- like this doodle on a wall on Cricklewood Broadway. 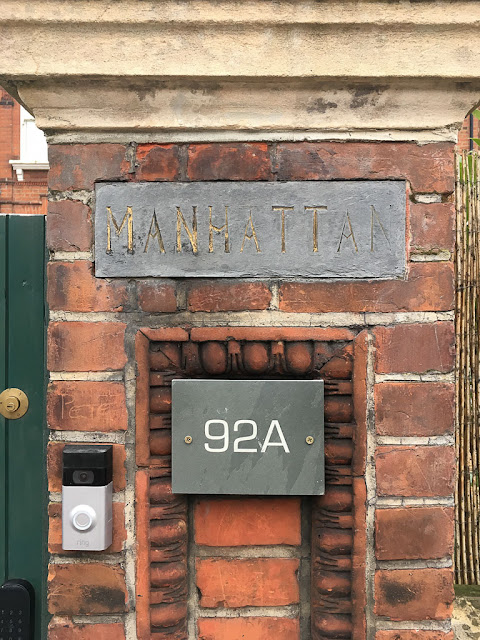 Nearby is a house that seems to be named Manhattan. 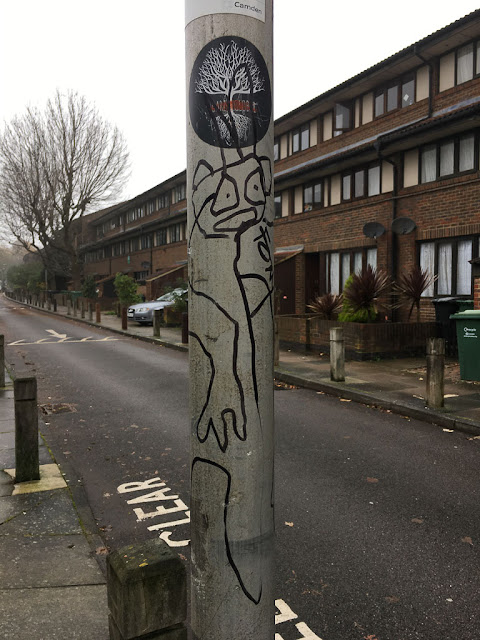 This bizarre drawing is on a light pole in a housing estate off Maygrove Road. It reminds me of the creepy bunny from "Donnie Darko." 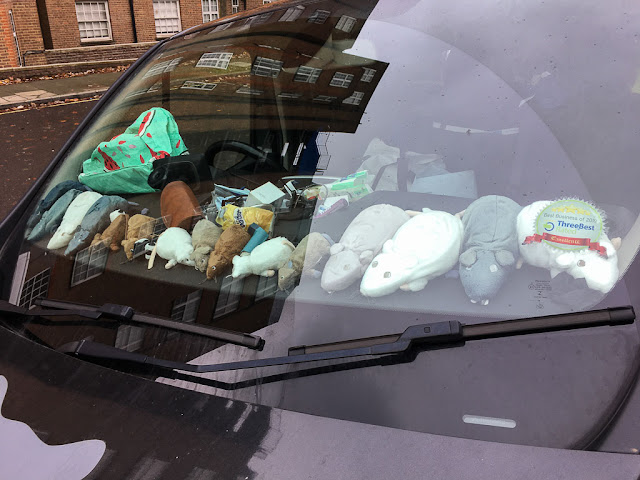 A pest control van was parked near school the other day, and its dashboard was packed with stuffed toy rats. Someone loves their job! 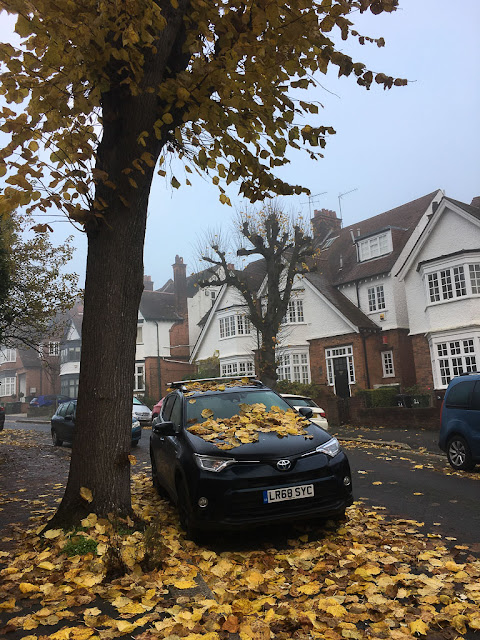 As I mentioned, the trees on our street have dropped most of their leaves -- this one mostly on a car parked beneath it. 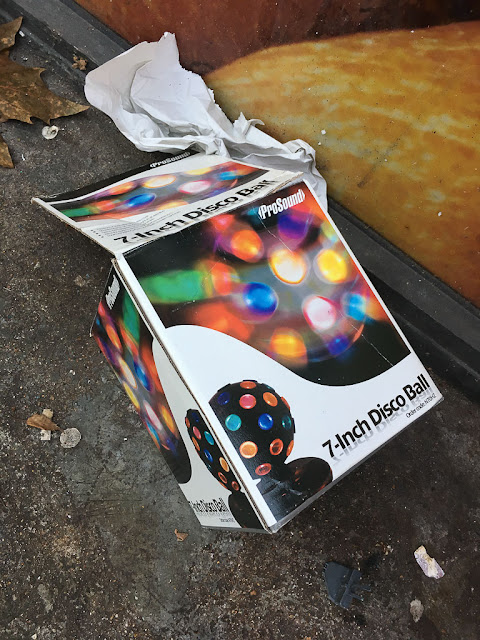 I'm not sure I would call this a disco ball -- to my mind, a disco ball needs to be made of mirrors -- but the box is still a fun piece of sidewalk rubbish. 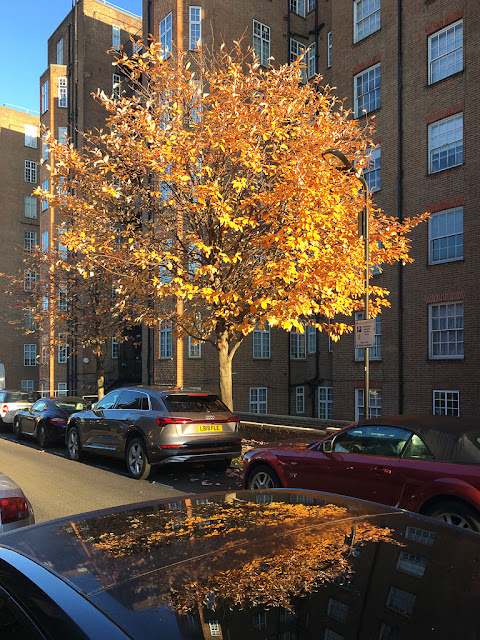 Another autumnal tree. I took this just a few days ago and already about half these leaves are gone! 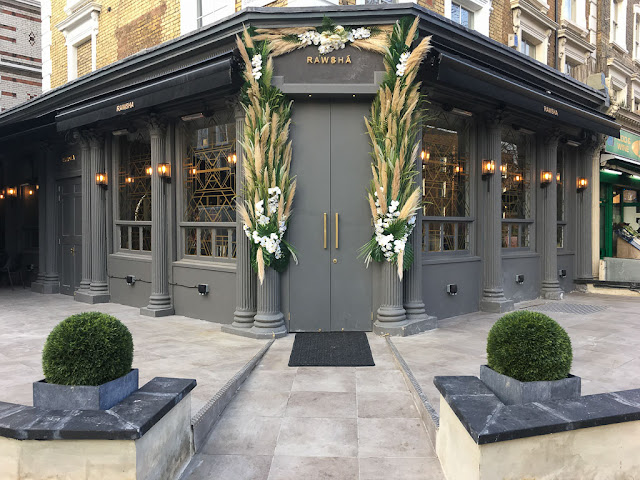 More than a year ago I posted a photo of a closed pub in St. John's Wood where many of us from work used to go. (Someone had scrawled "oh no" on the plywood surrounding it.) Well, the pub has been renovated and it's reopening as this place. Some people in the neighborhood are freaked out about it, calling it a shisha bar -- but even if it does serve shisha (and the new owners say it won't), I don't see why that would be a less appealing neighbor than a pub. I don't smoke shisha, though, so admittedly, I probably wouldn't visit much. 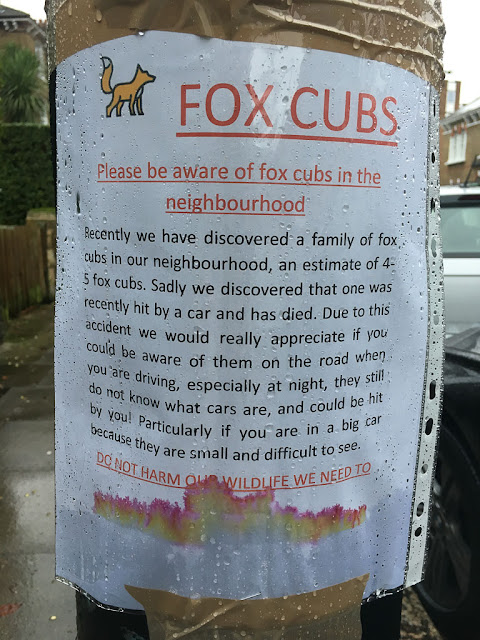 Finally, this sign recently went up on a street in South Hampstead. Sad news about the fox cub that was killed, but I'm glad people are trying to look out for the survivors. From what I understand, death by car is a common fate for foxes in London.
Posted by Steve Reed at 6:56 AM