The Chichele Cow (and Goat) 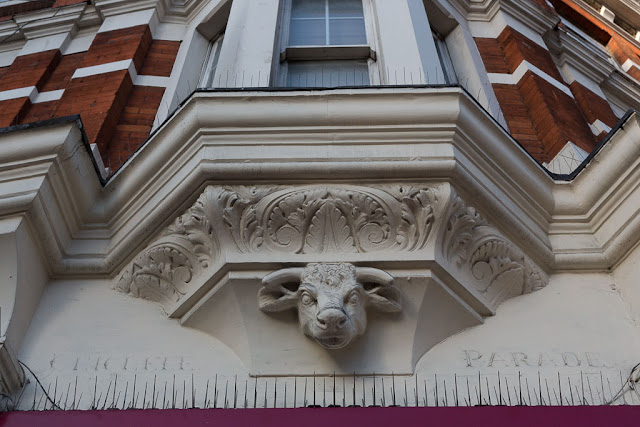 The last time we walked through Cricklewood, Olga and I came across this building. It's now a Costa coffee shop -- part of a big chain, like Starbucks -- but surely it once was a butcher or meat market. The words say "Chichele Parade," the name of the building and the commercial strip on the ground floor. It's on the corner of Chichele Road. 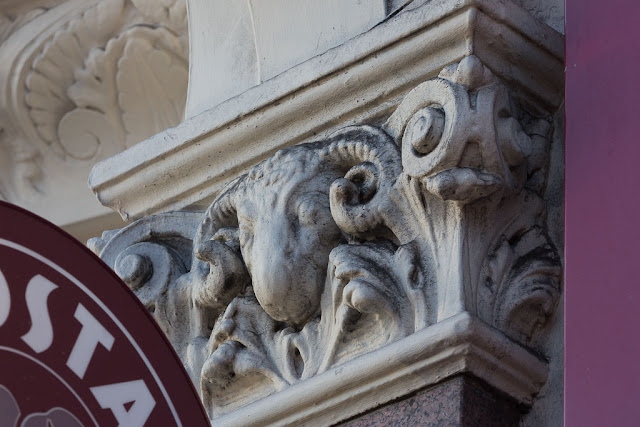 I added this photo to my "Faces of Cricklewood" project gallery on Flickr. A goat's face counts, don't you think?

My off-the-cuff political analysis yesterday prompted one of you to ask if the election results change Dave's and my plans for staying here in the UK. The answer is no. I think it's going to mean more of the same, in terms of government -- after all, the Tories were in power already anyway. It's more like a missed opportunity to put the country on a better path than a divergence onto a worse one.

God only knows what drama and discomfort Brexit itself will bring. But I doubt it will get so bad that we'll have to leave. We have postponed applying for citizenship, because we wanted to see how the Brexit situation would shake out -- but we'll almost certainly move forward with that eventually.

Gwynneth from the blog "Ook?!" pointed me toward an excellent summation of the election results by a British guy now living in New Zealand. It's biting but basically true.

Anyway, election aside, life goes on around here. We got out of school at noon yesterday and we're now finished with kids until January. Dave and I have to go back on Monday and Tuesday for two days of professional development before our vacation truly begins.
Posted by Steve Reed at 8:14 AM