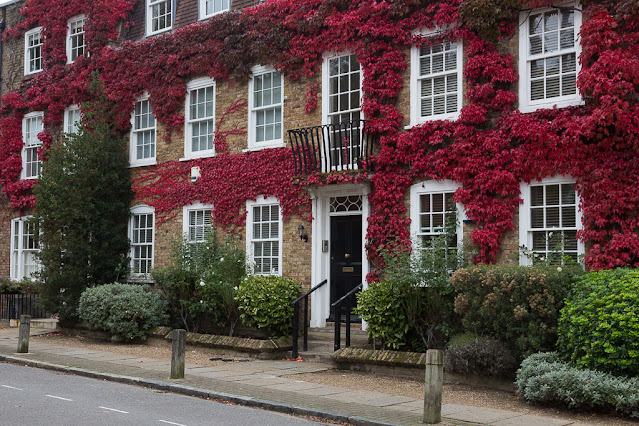 I was talking with some co-workers yesterday about how tired I am these days, and how hard this time change has been for me. They said the same thing, and we wondered if all the tension surrounding the pandemic and leading up to this election has simply left us exhausted. Wouldn't surprise me.

Not a whole lot of news yesterday. I pulled the plug on the witchcraft/satanism book -- weeded it and put it in the charity box. In the end, it came down to the fact that the book wasn't used. Plus it was impractically huge and took up more shelf space than it deserved.

My next conundrum is over a series of slim volumes about the elements. There's one book for each element -- sulphur, zinc, aluminum, boron, that kind of thing. They're not all represented, especially when you get to those weird ones high up on the periodic table that exist only in laboratories for a fraction of a second, but many are. The books sound useful, but they aren't used, and nowadays all that information is online. There's no need for a middle-school level book about each element, and they're at least 15 years old. The science department says they'll take them for casual classroom reading, so I think that may be the solution.

It's amazing how high a premium there is on shelf space in our library. It seems like a huge room (a couple of rooms, actually) but you'd be surprised how quickly those shelves get jammed up.

Dave and I have periodically been watching a series on Netflix called "The Rain," which like "Borgen" is from Denmark. We're on the second season and I am completely bewildered by what is going on. My synopsis: There's a fatal virus that's spread by rainfall, and anyone who is touched by the rain dies. But then the rain stops, and mysteriously there's still the virus, which was created in a lab, and a kid named Rasmus is a carrier. The lab desperately wants him back, while his sister Simone tries valiantly to protect him. They run around with an evolving cast of allies, and there's lots of gun-pointing and devastation and people die and fall in love and somehow this virus is actually visible to the naked eye and I think I might finally be done with this show.

(Photo: A building in Hampstead covered with bright red Boston ivy.)
Posted by Steve Reed at 6:10 AM

The Virginian creeper looks fantastic. We also know it as mock grape. You've been watching a tv show about a mysterious virus? You are such a glutton for punishment.
Regarding books, I think generally now they are for younger students and for the pleasure of reading. Older students will use the net and they will know their way around it well and hopefully are smart enough to sort the facts from the dross.

The book about borON would have ben borING. By the way, I visited the town of Boron in 2005. It's not far from Death Valley. There was an excellent diner there (English: cafe). Boron is close to some of the world's largest boron deposits. Boron has many uses. See https://en.wikipedia.org/wiki/Boron

You are right in your surmision about the source of all the weariness. At least you are able to get out in the fresh air and daylight

As a former manager of a used book store, that witchcraft book will sell. Anything about the occult sells fast, and especially so on-line (so I've heard from dealers). The charity shop will be happy to have it. For me, I liked using weird books as raw material when I am making paper castles, so if that book had good quality paper I would have been very happy to cut it up.

Virginia creeper is gorgeous this time of year. We loved Borgen; think we'll skip The Rain. Glad you had an easy and justifiable reason to get rid of the witchcraft book. And, oh yes, I have always enjoyed a book on zinc for my casual reading. The state of things in the world right now is definitely contributing to anxiety levels, lack of initiative, and exhaustion.

I love the look of that house with the Virginia creeper. I think I'd be done with that Netflix show too. It sounds a little too dark given what we are going through. I watched the Netflix movie Enola Holmes and loved it. It's a light story that makes you feel good.

That Virginia Creeper is so beautiful. I want the world to look like that always.
That Netflix show sounds creepy, but I do like the idea of a virus is the visible to the naked eye.

Lovely photo! The color of that Virginia Creeper is amazing.
I think you have found a good solution to your elements series - moving it into the science classroom. It seems as if science books go out of use quickly as new discoveries are made and the Internet supplies more current information.
I think we will all be tense until after the election! Hang in there!

That photo is gorgeous! The Virginia Creeper (I've never heard of it before) is beautiful. That show sounds nauseous. I'll stick to my old re-runs. Enjoy your day, hugs, Edna B.

With the absolute infinite number of TV shows available to us now, one would think that it would be a lot damn easier to find series we enjoy.

I enjoyed your review of "Rain". It makes it easier for me to ignore the series.

The Virginia creeper in your photo does look very beautiful and well maintained but I must admit to constantly pulling it out of my garden. It would strangle everything just like poison ivy and bittersweet here in CT.
I know Rain is not for me. I really prefer mysteries and spy programs.
I've been watching Berlin Station on Epic and have found it riveting.
There is indeed an incredible choice of programs on all these stations.

We really enjoyed the first season of The Rain - kind of like a survivalist show. The second season? Not so much. Didn't even finish it. It got a little farfetched for me! We are now watching The Queen's Gambit. SO GOOD.

We're tired, and AZ does not participate in daylight savings time. I think it's the continual stress and fear that Biden won't win. It wears on a person.

When I first saw your title, I thought your entry was going to be about the difference in British and American pronunciations of Aluminum! I agree that giving the books to a science class is a good solution. The only books I didn't like to weed by giving to teachers were the ones that were so outdated that their info was now incorrect.

I just finished Troubled Blood. I checked out the audio version from the public library and listened to it on my phone. I loved it, but geez was it long--about 32 hours. I've listened to the previous four Cormoran Strike books in the same fashion. The narrator for all of them is Robert Glenister who is fantastic. I could listen to him read a phone book—if such a thing still existed!

I suppose a school library has the same problems as a home one, and keeping on top of it is just as hard. At the beginning of last year, with the change in head of our school, I and three other staff without classes were given the job of sorting through the library books and keeping only those published after 2000. Well that was a joke as I only found two. I kept ones I thought looked worth keeping. I am a book lover and me and the other book lover in our group found it hard. The other two people, not being so sentimental, threw books out with no problem. I kept a lot of the older ones myself, and have now weeded those down and have a few good ones, the others going to the charity shop. At the end of the day lots of bin bags were thrown out of the staff room window (three floors up) into the back playground where the bins are. It made me quite sad at the time. I am now weeding my own books (again) and have taken lots to the storage in the hope that we will move and I will have space. Four big bags have gone to the charity shop. The others are all now sorted and shelved, and I have kept all my favourites, plus old ones I think may be damaged, and am happy with my book situation.
I wish Corona virus was visible. It would make things a whole lot easier!

Maybe you don't feel so much tired as listless. I run and get busy when a . . . ness comes my way. The only thing that will nail me down is death. Or losing the will to live. Whichever catches me out first. And then there are aneurysms.

Those books on elements sound my thing. I loved the elements table at our chemistry lessons. So evocative. Not least PB. Plumbum. Lead. I have no idea how the English pronounce it, in the motherland it sounds like (English phonetics) ploomboom. Boom not exactly leaden.

The most pathetic (as in, sad) purchase of a book I ever made was a Bertrand Russell. "Prefaces". First Edition 1934. Ebay. In the days when Ebay was still exciting, as in "bidding". I was fully poised to go high. As it was I got it for a pittance. Can't remember now. Say £2.34 or something. Postage, being a fairly hefty book, more than the article. Unlike some of my fellow human beings who can't boast enough to have got something for nothing or, at least, not a lot, I found the experience dismal. For heaven's sake, a J B Shaw and I was the only taker?

Shelf space? Don't make me weep. And I don't run a library. And I do weed every so often. Last time I moved house the removal men told me they'd never shifted so many books (books being heavy). I felt sorry for them, ashamed of myself.

Since I have now lived more of my life than I have ahead of me I am quite determined to lighten the load. Not least for the Angel's sake. Proving difficult since books, to me, are a wallpaper of comfort.

I can't believe that people actually plant virginia creeper on purpose! I'm doing my best to eradicate it.

I watched a season of 'Stranger Things'. It was my first experience with bingewatching. (It was winter, the weather was miserable.) I got so sucked in that I just decided not to even start the next season.

I started watching "The Rain" but only made it a few episodes. It didn't catch my interest. If you're into mindbending time travel stuff, the German series, "Dark" is fascinating, although complex. It should be watched in the original German with subtitles. Stress is very tiring.

NOTE: In my original post I identified the vine on the building in the photo as Virginia creeper. But I subsequently realized it's actually Boston ivy (Parthenocissus tricuspidata, as opposed to Parthenocissus quinquefolia). So I've updated the post.