Rose Hips and 'My Fair Lady' 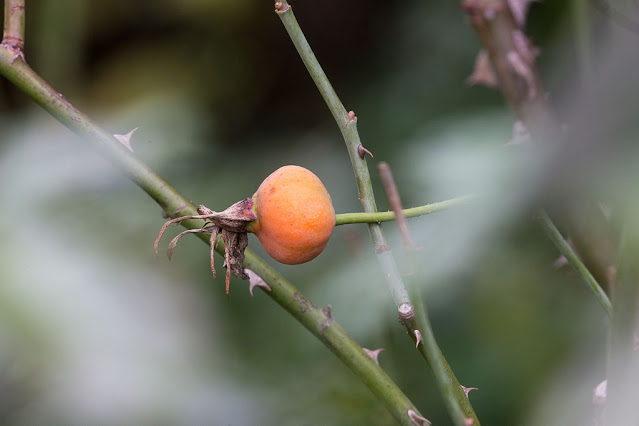 We usually deadhead our roses all through the blooming season, but this year, as the flowers were winding down, we left some of them behind to let the hips form. This is one of them -- about as big as a ping pong ball and bright orange. Another bush has smaller red ones. Colorful!

I spent yesterday morning wandering around the garden doing some photography and taking care of a few little tasks like filling the bird feeder. 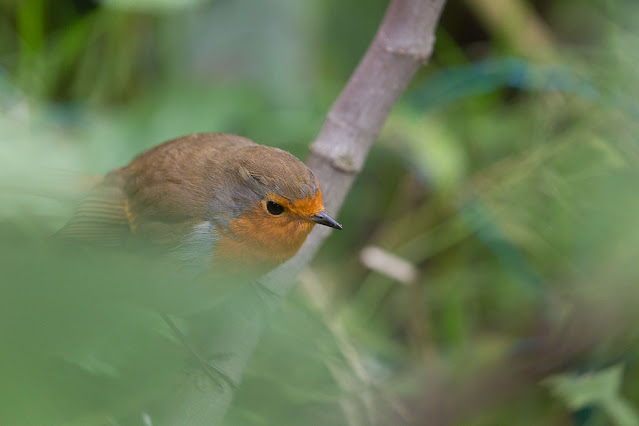 There's a very curious little robin who often appears when we're out there. It flits around and lingers nearby, waiting for us to dig or move a flowerpot, thus exposing lots of worms and insects. 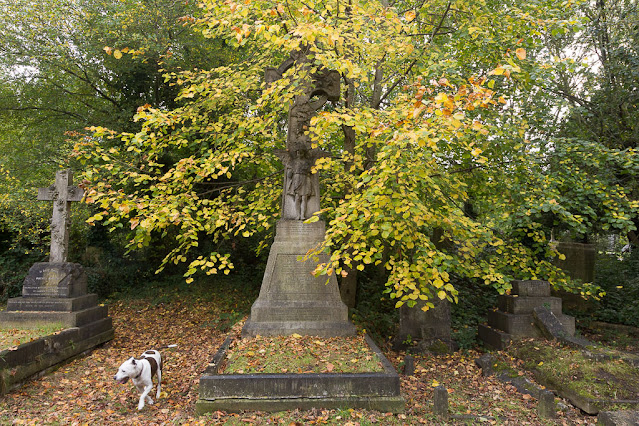 In late morning, Olga and I went to the cemetery. We walked several loops and Olga, of course, chased squirrels. There were lots of them out and about -- getting ready for winter, maybe? After we'd gone around three times Olga still didn't want to leave. 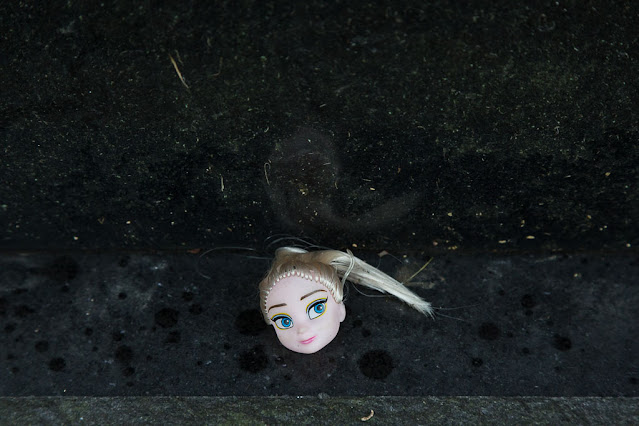 Weirdly, after not seeing any sign of the naked dolls on our last few walks, a tiny fragment of one of them was resting on the gravestone they'd decorated. A disembodied face! Ghoulish! Where did she go, and how did she (or part of her, at least) get back? Where are her friends? It's a Halloween story in the making.

In the afternoon, I wanted to watch an old Technicolor movie -- something overly long with elaborate costumes and painfully outdated politics. I realized I'd never seen "My Fair Lady," with Rex Harrison and Audrey Hepburn, which definitely fits the bill. So we cranked it up, and managed to sit through all three hours. 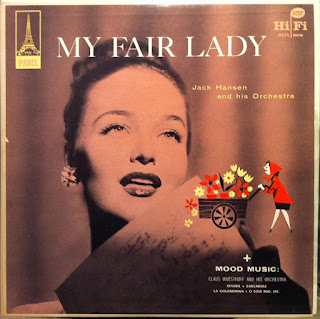 Totally sexist, of course, and Hepburn's overblown cockney accent is terrible, and Harrison is old enough to be her father. But some of the songs are great, the costumes were quite lush and the production numbers could be temporarily amusing.
I developed a soft spot for the music of "My Fair Lady" because my mother had this record (at left), which came out in 1956. She never played it -- just as she never played any of her records, most of which were classical -- but while growing up, I found it in her stack. I learned the songs (just three, because this album only contained selections, not the full musical score) and sang along with Mattie Marshal to "I Could Have Danced All Night" and with Don Rodney to "On the Street Where You Live." At some point, Mom gave me the record. It eventually went to Goodwill with all the rest of my vinyl, but it lives in my memory. I found that picture of the album cover online.
So, anyway, the movie was mildly fun to watch, in its somewhat plodding way. When I was a freshman in high school the annual musical was "My Fair Lady," and though I wasn't involved in the production I'm sure I saw it on the stage. I don't remember it at all. Do schools still perform it, I wonder? Or is it too dated?
I also wonder if anyone's ever done a gender-swapped version, where an esteemed female professor tries to transform a young working-class man into polite society? That would turn the gender-based power dynamics on their head. What would that look like? Hmmm...
Posted by Steve Reed at 7:41 AM