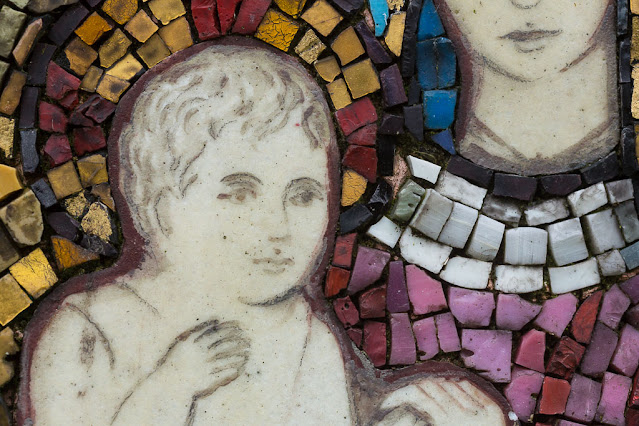 Apparently we've had another named storm -- Alex. He brought us heavy rain yesterday morning and again all evening and into the night. It's pretty rainy even now. I'm not sure what determines whether a storm gets a name or not -- a certain wind speed, maybe? But I'm happy to have all this moisture.

We're at that time of the year when the garden is pretty much being left to its own devices. Everything is on the downslope, so I just go out now and then to see what's still blooming and take note of the slow yellowing, slumping and deterioration. It's very freeing! I don't have to lift a finger!

Olga and I went walking in the cemetery during the relatively dry afternoon. We stopped back by the mosaic so I could get a better look at Baby Jesus -- several of you thought he looked demonic in my previous picture. I wiped some schmutz off his face and photographed him again. I think he looks pretty respectable now, don't you? He certainly has a healthy head of hair.

Aside from our cemetery outing I spent virtually the whole day on the couch, plowing through a New Yorker and doing some reading online. There was an interesting article about space debris -- there are thousands, if not millions, of objects circling the earth left over from humankind's various space missions. Some of them are pretty big, many are just a bolt or a fleck of paint, but they can all do catastrophic damage should they collide with a satellite or the International Space Station. There are people who track all this stuff, much of which has its own numerical designation, to prevent those collisions. Wasn't space junk part of the plot in the movie "Gravity"? 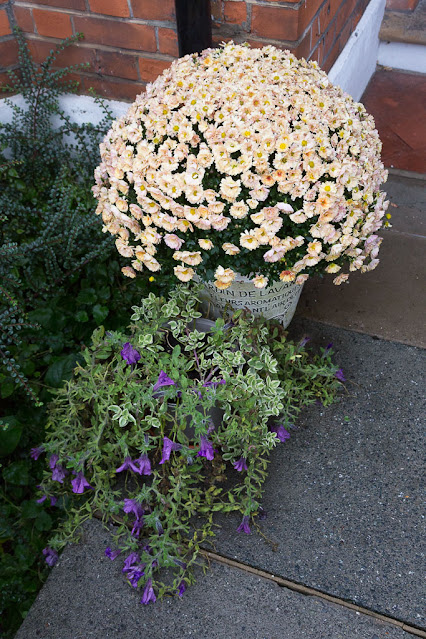 I'm sort of disappointed in our patio chrysanthemum. It's blooming really well but the color is so meh. It's a sort of dead beige. When I bought it the flowers looked like they were going to be dark reddish, but it turns out that's just the backside of the very outermost petals. 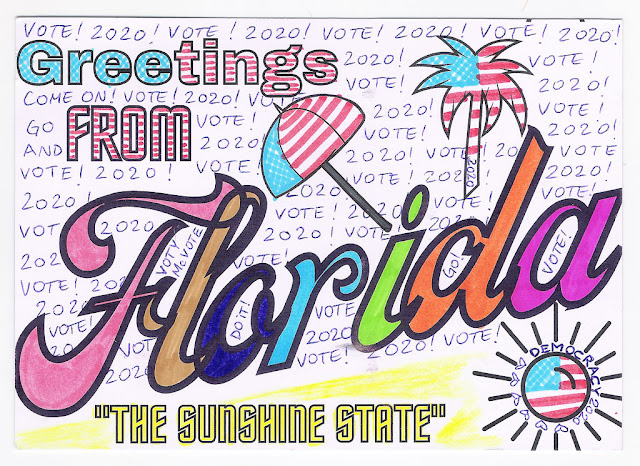 Oh, and look what came for me in the mail! A personalized postcard from Katharine, whoever she is, reminding me to vote in the upcoming election. This is a thing now, to send postcards to overseas voters or those in critical swing states -- I've heard of people volunteering to do it but I've never received one before. This one looks like it's commercially printed but hand-colored. Katharine, rest assured, my ballot is already in the mail. (And the last time I checked the tracking, on Thursday, I believe, it was in transit through New York -- so it's already in North America. I'd check it again but the number is at work so I'll have to wait until tomorrow.)
Posted by Steve Reed at 8:10 AM