Don't Read This While Eating 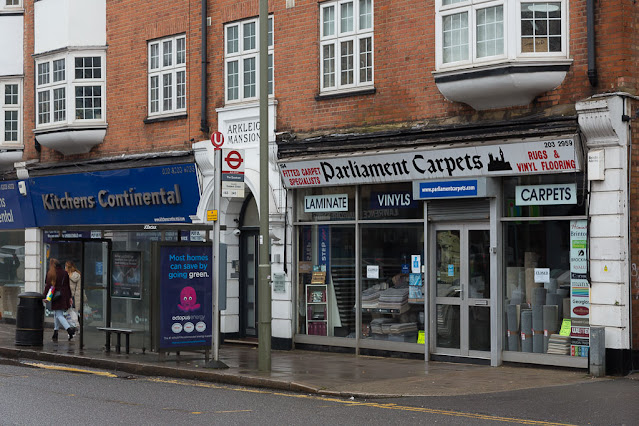 Well, our plumbing is fully functional again, thank goodness. But the day was not without its drama.

The plumber showed up yesterday morning, having scheduled an appointment to "jet" the drains. But to my surprise, he came without a jet. Instead, he had the same plunging rod that the other plumber brought on Tuesday. I was mystified about why someone would arrive with the exact same tool that failed to do the job two days earlier, but I let him out into the garden to attempt to clear the blockage. He pulled up the manhole covers and got to plunging, and plunged so vigorously that we got foul splashback (for lack of a better word) in our bathtub and flying out of our toilet.

You can imagine how happy I was about that.

After about an hour he left, unsuccessful. I contacted our property management company with pictures of the now-filthy bathrooms and they said someone would come Friday to finish the job. Dave and I both politely but firmly insisted that was unacceptable -- that we'd been without a functioning shower since Sunday, that this plumber for some reason showed up with the wrong equipment, and that they had to find someone to take care of the problem immediately. To our surprise, they did. A new crew arrived in early afternoon, this time with a van to jet the drains. 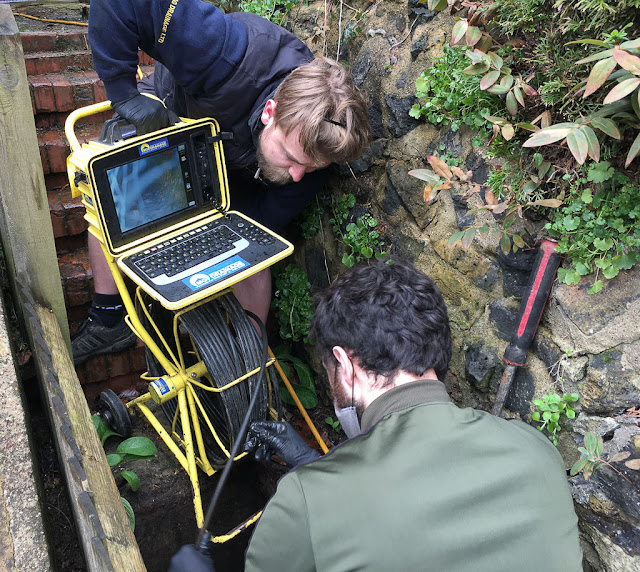 As you can see, it was quite a sophisticated operation. They used not only a jet -- basically a forced-water nozzle on a long hose -- but also a camera, to check the integrity of the pipes. You can't really tell in the photo above, but there's an image of the inside of our sewer lines on the screen of what I privately dubbed the "shit computer."

Anyway, they discovered that our drainage system is "weird," to use their word. The plunging didn't work because some of our pipes run backwards, toward the garden rather than the street, before making a U-turn toward the sewer. The plumbers were plunging in the wrong direction.

Finally everything was opened up and cleaned out, and the verdict is that fat was blocking the drain. Apparently this is a common thing. Who knows where it came from. The clogged area serves our bathrooms but also the kitchen and laundry room upstairs, so of course I suspect the neighbors. I sent them a note explaining what happened and transmitting a reminder from the plumbers not to put cooking fat down the sink.

I spent the afternoon scrubbing and sanitizing both bathrooms and then Dave and I both had showers. Even the dog got a bath. Ah, to be clean again!

In other news, Dave was invited to get his Covid-19 vaccination. Woo hoo! He's scheduled to go in this afternoon. Still no word on mine, but his is more important, given his Crohn's disease.

Finally, I optimistically bought a ticket to fly to Tampa in July. I'm assuming I'll be fully vaccinated by then, so I should be able to visit my family at long last. It was surprisingly cheap -- about £750 -- and I still have about £400 left on a voucher to use with British Airways on another future flight.