Back to the Mound 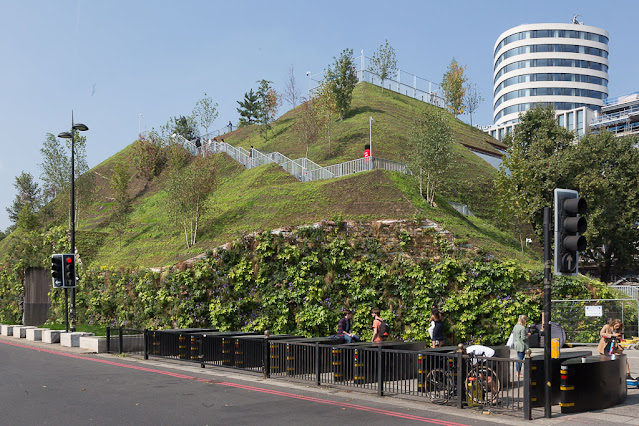 Yesterday I went back to the Marble Arch Mound -- with a pre-booked ticket this time -- to check out what has been widely derided as a failed tourist attraction.

When I mentioned it the other day, some readers expressed confusion about what it even is, so let me clarify. It's a 25-meter high artificial hill, built over scaffolding right next to Marble Arch. It is planted with real grass and trees, and was envisioned as a lushly landscaped viewing platform that would bring shoppers to nearby Oxford Street, London's retail mecca, which has been suffering during the pandemic. It was supposed to cost something like £2.8 million, with some of that money recouped from ticket-buying visitors.

It opened in mid-summer but was almost immediately criticized for its patchy appearance, and when it was revealed that cost overruns brought the project's price to a stratospheric £6 million, the council officer who oversaw it resigned.

Now Westminster Council has announced that admission will be free through January, when the project is scheduled to come down. Supposedly the trees (at least the ones that survive) and other materials will be re-used or repurposed. 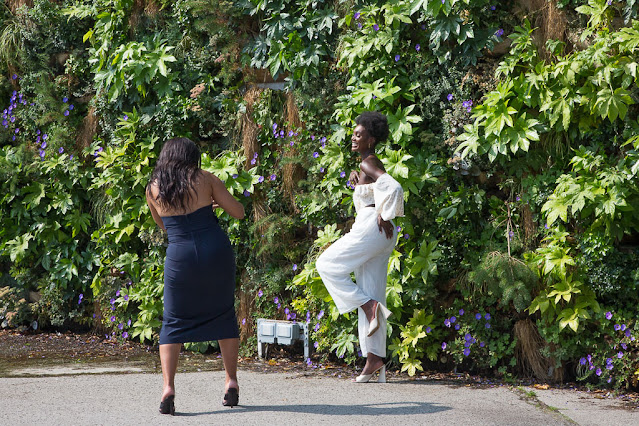 When I visited yesterday, there were a handful of people checking out the Mound, including some who found it an appealing backdrop for photos. The plants and flowers were looking pretty good, I thought, and there were bees buzzing and butterflies fluttering around the lobelia and sedum. I climbed the steps up to the viewing platform, and this is what I saw: 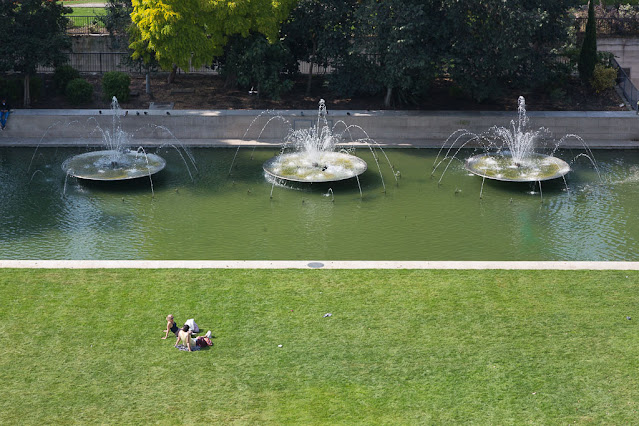 The fountains on an adjacent bit of Hyde Park... 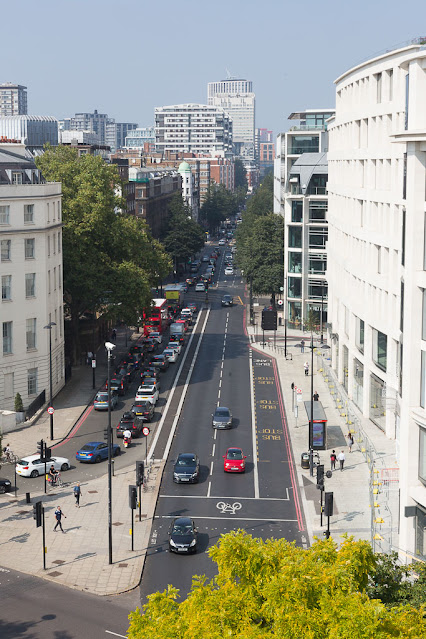 ...an aerial view of Edgware Road, an ancient Roman road that runs northward through London... 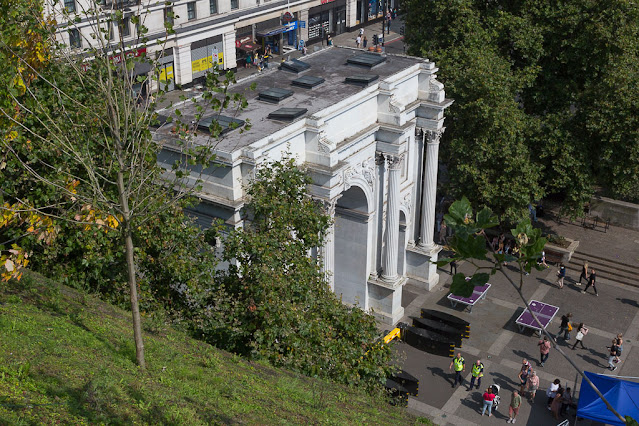 ...and Marble Arch from above, which is admittedly a novel perspective. (Who knew it had skylights? Apparently there are rooms inside that were once used as a police station.) 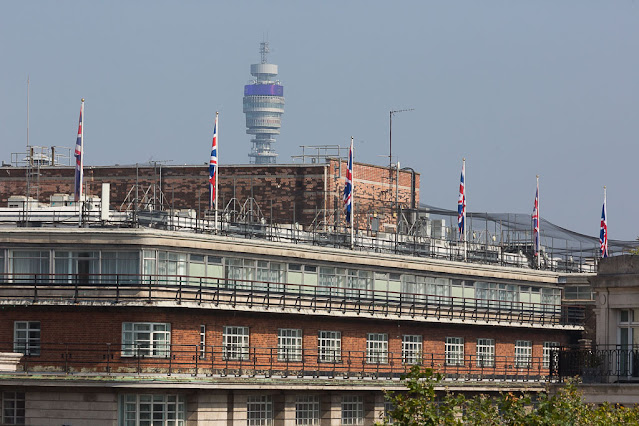 The BT Tower was visible across nearby rooftops, and... 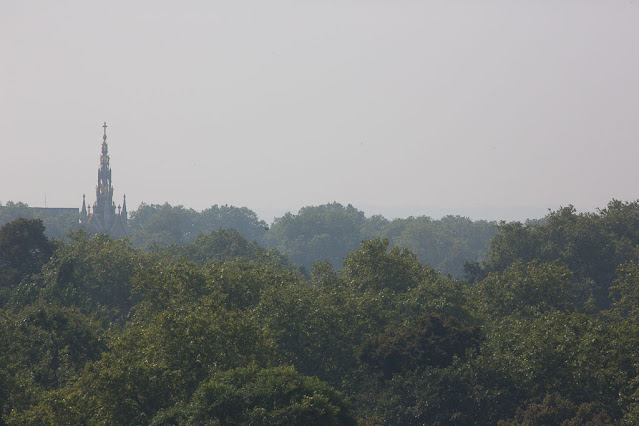 the Albert Memorial could be see in the distance across the park. (As you can see, long views were a bit hazy yesterday.)

The Mound also emits weird ethereal music, which I hadn't seen mentioned in any of the press accounts. So, just FYI.

I thought it was a nice enough view, and to be honest, if I'd paid a couple of quid I wouldn't have felt ripped off. But it's not a destination that lends itself to a long visit. Once you climb it and walk around the platform a couple of times, you're done. I overheard other guests lamenting that there was no cafe or beverage cart up there -- so Westminster Council, if you're listening, that might be a way to make some money!

From the Mound I dutifully walked along Oxford Street and went to John Lewis to buy some new pillows for our bed. Unfortunately, the pillows were almost completely out of stock -- something about supply-chain issues related to Covid, according to a salesperson. At least I got some idea of what I could order online.

Then I walked south toward Piccadilly, and on the way I came across this:


It appeared to be a march by Extinction Rebellion, a climate change activism group that has been staging protests across London for months, lying in intersections and closing bridges and generally causing grief for the police (who, as you can see, were monitoring quite closely from the rear). A dog in a nearby cafe was not happy with all those drummers.

My eventual destination was a cinema where I was scheduled to see a filmed version of the National Theater's performance of "Follies." Inspired by fellow blogger John Gray, who saw it a couple of days ago, I bought a ticket. I saw "Follies" on Broadway almost exactly 20 years ago, starring Judith Ivey, Blythe Danner, Gregory Harrison, Treat Williams and Polly Bergen -- but I didn't remember the plot (such as it is) in great detail so I appreciated seeing it again, even though it's long. (In this case, almost three hours, including a short introductory clip of Stephen Sondheim talking about the show.) The stars this time included Imelda Staunton, my down-the-street neighbor, who sang the show-stopper "Losing My Mind" and did a great job along with the rest of the cast.

It was the first time I'd seen a stage show in the cinema, so that was an interesting experience. Plus, who could pass up the opportunity to see a show called "Follies" right after visiting a local government folly of the highest order?

Today, back to work. The weekend went so fast!
Posted by Steve Reed at 7:33 AM