Cat in a Space Suit 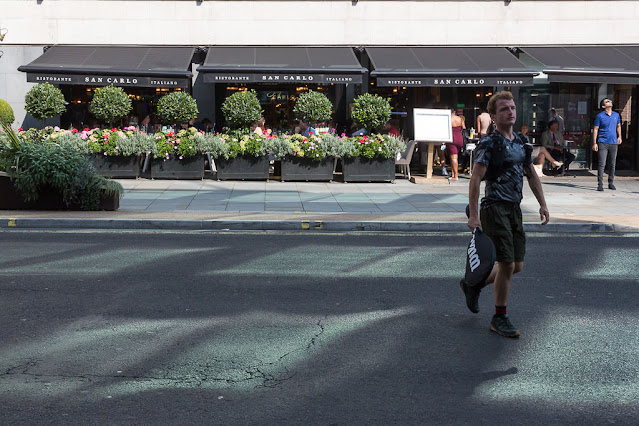 Google Chrome is doing some very weird things this morning. For some reason I can't get it to upload my pictures, at least not the way I normally do. Usually I hit the photo icon above the draft post and select the pictures to upload, but now it won't let me choose them that way -- the browser freezes when the pop-up window appears. Same thing happens with Flickr, so it's not a Blogger problem. I can, however, drag the photos into the post. I don't know whether I need to update my browser or what. Very weird.

Anyway, I hope this isn't an indication of how my day is going to go. It's already been a bit challenging. I woke up at 1:30 a.m. and could not go back to sleep, thinking about a variety of work-related dramas -- mainly whether I'll be required to loan computer chargers again, and how that system should work. You may remember that aspect of my job went away with Covid, but now the school is thinking about bringing it back, and I'm dreading it. We were supposed to loan chargers only in emergencies, but by the time we stopped I was giving out dozens a day, and I had to create a system of policies and penalties that was exhausting to manage. I'd rather just not open the door again.

Remember that rock concert I was supposed to go to on Sept. 22? Well, I've been having second thoughts about that too. A co-worker and I planned this outing before the pandemic, and then the concert got postponed, but now it's been rescheduled. I've recently been in crowded venues like restaurants and movie theaters without any ill effects, but a rock concert -- where people are going to be yelling and singing and spraying respiratory droplets like Rainbird lawn sprinklers -- seems riskier. I told Colin, my co-worker, about my doubts, and he seems fine with me not going, but I feel guilty sticking him with an unused ticket. I told him yesterday he should try to find someone else, and if he can't I'll go. So we'll see what happens. 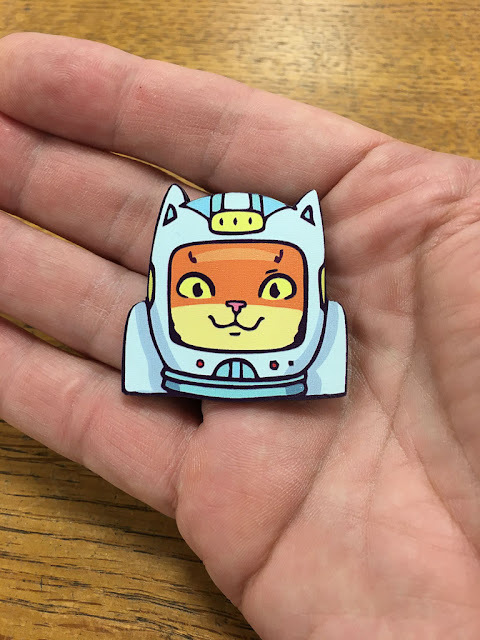 Someone found this lying on the floor of the library the other day. It's a pin (as in jewelry) made of wood. Do you recognize that cat? I don't, but a friend (who has small children) said it looked familiar and we spent lots of time trying to figure out its identity. (These are the kinds of crucial research questions that crop up in the life of a librarian.) You'd be amazed at the quantity and variety of images you get when you Google "cat in a space suit." Or even "astronaut cat pin." But none of them look quite like this particular cat.

I never knew astronaut cats were such a thing.