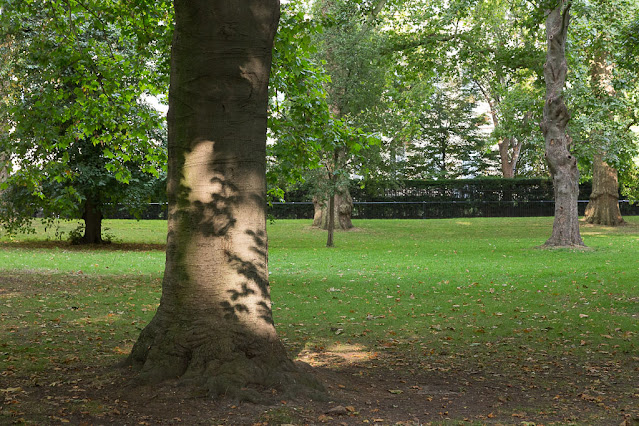 After work yesterday I was scheduled to meet my friend Sally at Southbank for a movie screening. We weren't getting together until 7:30 and I was off work at 4:30, so I had several hours to kill and decided to wander through the parks of London to reach my destination.

My original inspiration for this plan was to see the Marble Arch Mound, which has been widely derided as a boondoggle since it opened a few months ago. I did indeed see it from the outside, but I hadn't pre-booked a ticket and apparently you can't just walk up to it and visit -- at least not at 5 p.m., when it closes. (And why on earth does it close exactly at the time when most people are getting out of work and thus would be able to visit? How about some weekday evening hours, people?)

I just kept walking south through Hyde Park, past the Wellington Arch and down to Green Park, where Sally had told me a herd of elephants was on display. Sadly, the elephants have apparently moved on, but it was still a nice walk. I continued on through St. James Park and over the Westminster Bridge to Southbank. 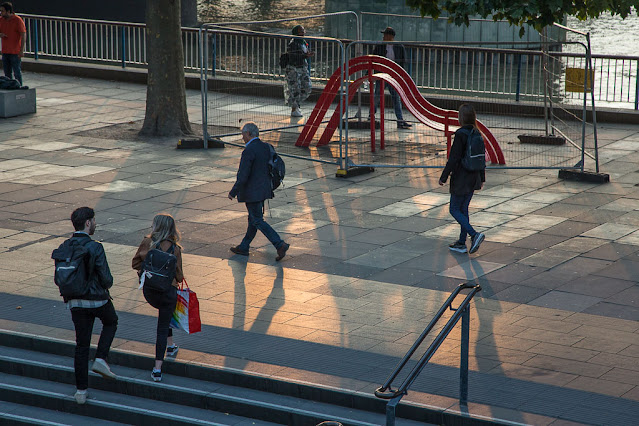 I got there with plenty of time to spare, so I stopped for a pint at the Southbank Centre's Riverside Terrace and watched the parade of humanity along the riverwalk below. 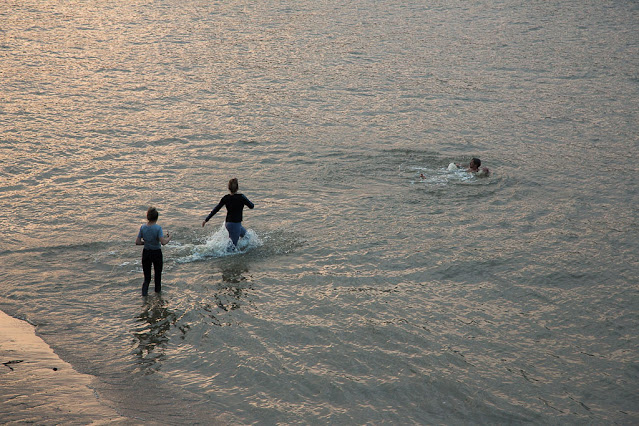 I even saw some people swimming in the Thames, which I don't think I've ever witnessed before. I seem to remember comedian David Walliams getting all kinds of sick from swimming the Thames several years ago, so it seems pretty risky (not to mention cold!) to get in and splash around. Granted, Walliams swam for eight days and 140 miles, but still -- while the Thames is cleaner than it used to be, it's not that clean.


I also witnessed this enthusiastic procession featuring a guy with a speaker on his back blasting music, a woman carrying balloons that spelled out J-O-Y and someone carrying a big stuffed giraffe. I'm not entirely sure what that was all about.

I finally met up with Sally and we got some Venezuelan food (which was entirely new to me) at a food court behind Southbank Centre. Mine was a veggie version with black beans, rice and avocado in a sort of thick corn flatbread -- almost like a pita. It was good but also about the messiest thing I've ever eaten.

The movie was called "I've Been Trying to Tell You" and it's part of a retrospective of films by the music group Saint Etienne at Southbank Centre. It was visually beautiful, with poetic shots of beautiful people skipping stones and beautiful people jumping into waterfalls and beautiful people skateboarding. But it also seemed superficial -- there was no narrative, almost no dialogue and while it was pleasant enough to watch, it ultimately said nothing. As I told Sally, it was like a long Abercrombie & Fitch advertisement. I still don't know what anyone was trying to tell anyone else.

It was supposed to convey a nostalgic appreciation of the late '90s in Britain, and Sally said parts of it did make her remember her own youth (which, like mine, was well before the '90s). I think the movie would have been so much more interesting if the moviemakers had used real people rather than chiseled, sculpted fashion-model types. But as the director readily admitted in a Q&A after the film, he hired them because they were attractive. So that's what he was going for.

I didn't hate it. I just wish it had more of a message. 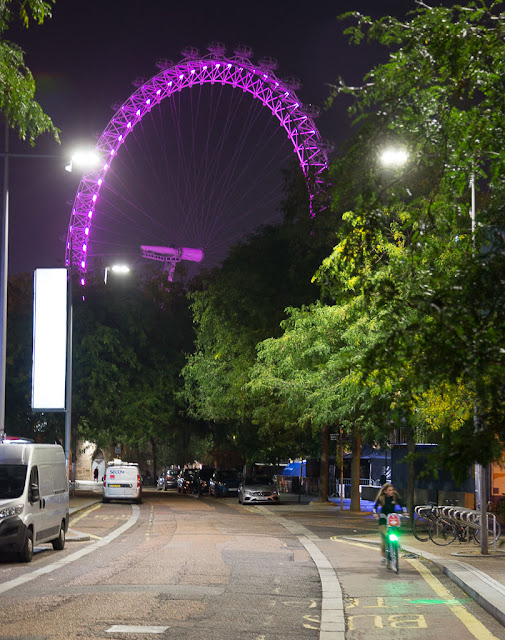 Overall, it was still a successful evening. Afterwards I caught the Jubilee Line from Waterloo and got home about 11 p.m. As I write this, I'm hearing the jackhammers back on our street for more pavement excavation to lay broadband cable or maybe water pipes. Urban life!
Posted by Steve Reed at 8:54 AM