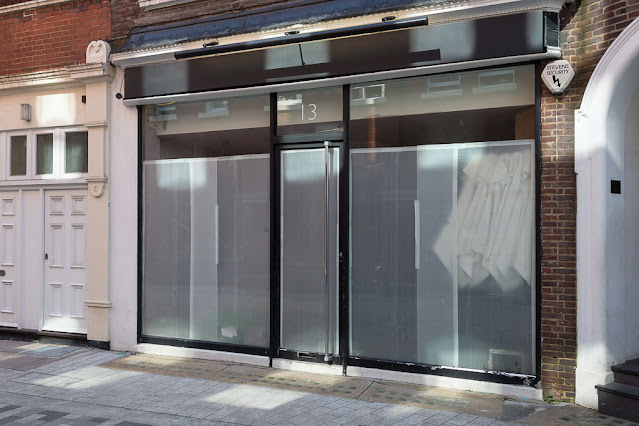 In further evidence that the world is going crazy, we're having gas (petrol) shortages in the UK, allegedly driven by transport problems and people panic-buying fuel. Dave and I don't drive so it hasn't affected us directly, but one of our friends put a message out on Facebook asking where she could find gas -- all the stations she had tried were sold out, and her gas tank was nearly empty. Boris Johnson is even talking about having the military escort fuel supplies to gas stations.

Apparently there have been lots of problems with our trucking industry, given that many of our drivers were from Europe and have gone back in the wake of Brexit. This has had a ripple effect into other sectors of the economy like retail, causing some shortages, and even garbage collection, because many of the rubbish haulers have left those jobs to go into better-paying commercial trucking. Now councils are short of people to collect rubbish.

Speaking of rubbish, you know how people sometimes donate stuff to our library? Usually it's a couple of bags of books -- some small and manageable quantity. But yesterday one of the building porters came to us and said there'd been a donation and it was sitting down in the school's loading bay. The head librarian and I went down and found this: 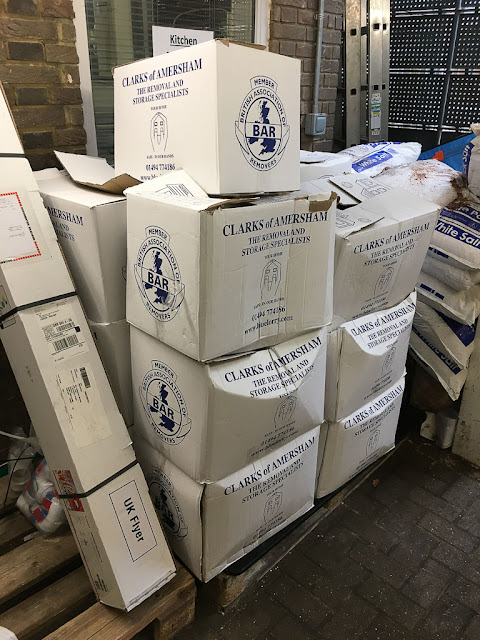 That's way, WAY more than we would ever normally want. And it got even better when we opened the boxes. 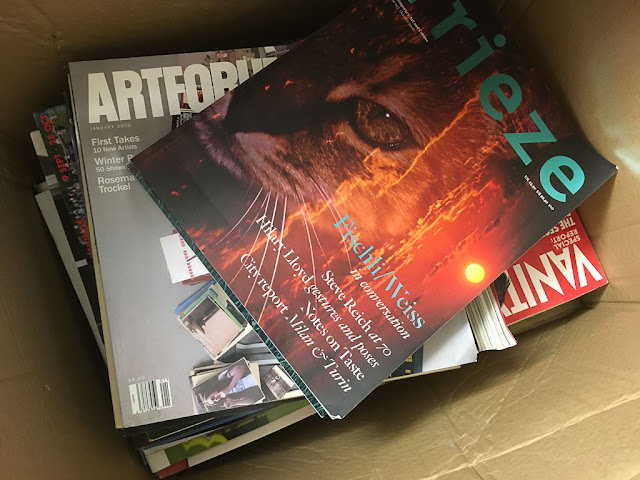 They were all full of old magazines -- Artforum, Frieze, National Geographic and Vanity Fair going back to the mid-1990s, as well as auction catalogs from Christie's. We don't even save our own old magazines, much less anyone else's! It's a long story how and why the school accepted these boxes -- let's just say there was some confusion about what they actually were -- and the library ultimately kept none of this stuff.

We called in the Art Department, where the teachers sometimes use old magazines for projects, and they accepted a cartload of them. The rest we're going to recycle.

You can't help but wonder -- where did this person keep all these magazines for so many years? I'm guessing they cleaned out a storage unit. And some of them had New York City address labels, which means they must have been moved across the ocean. I just can't imagine. I'm sure the donor was well-intentioned in giving them to us, but I wish people would think a bit more about what's actually useful and what's just plain rubbish.

(Top photo: A shopfront with ghostly umbrellas in Mayfair, a few weeks ago.)
Posted by Steve Reed at 6:50 AM