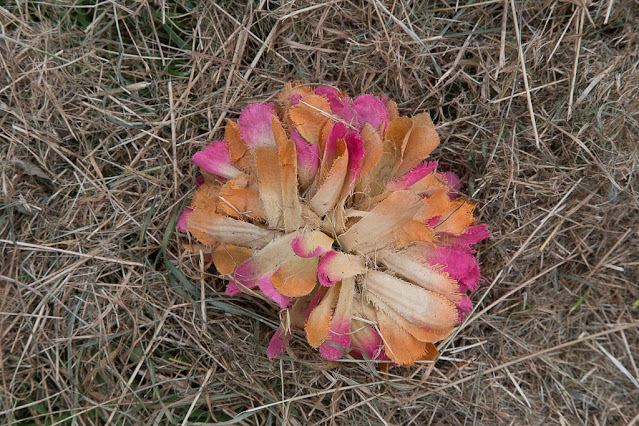 I've just emerged from an Internet rabbit hole prompted by the TV show "Mrs. America," which Dave and I watched again last night. I scared up some online footage of Phyllis Schlafly and her anti-ERA campaigns, as well as "Free To Be, You and Me," the Marlo Thomas-produced TV special from 1974 that helped promote gender equality. I vividly remember "Free To Be, You and Me," as we used to sing the theme song in elementary school music class. I wonder if our teacher, Ms. Simmons, meant to be a revolutionary? And I wonder if there was any parental blowback? I wasn't aware of any, but then, I was in second or third grade.

Yesterday was mostly a day to catch up on domestic chores like laundry. I finished "Roll of Thunder, Hear My Cry," my latest Newbery read, which was very good -- I can happily recommend it to kids who want a somewhat sophisticated novel. And out in the street, we had this going on...

...beginning promptly at 9 a.m. I shot that video out our front window. The Middle Eastern music coming from the white van was an interesting touch -- I wish I could have heard it more clearly without all the machinery! In addition to the guy visibly working in the video, there was some heavy equipment digging up the street beyond that tree.

I feel like this project to install broadband will never end -- it's been going on for weeks, although admittedly it's somewhat conflated in my mind with a nearly simultaneous project to lay new water pipes. Our street has been torn up and repaved and torn up again.

In the afternoon I took Olga to the cemetery, where I was able to get an answer to a question raised earlier on this blog. 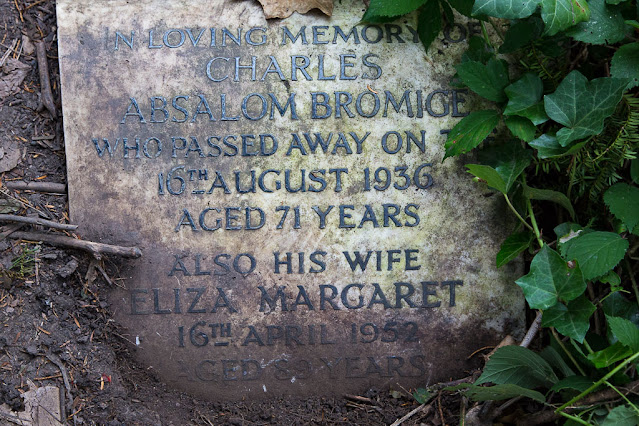 Last week I posted a picture of the gravestone of Charles Absalom Bromige, in admiration of his name, and lamented that we couldn't see the name of his wife because it was buried. Well, yesterday I brought a trowel along on our walk and was able to excavate enough dirt and roots away from the stone to reveal that Mrs. Bromige was named Eliza Margaret, and she died in 1952 at the age of 89. That means Margaret was actually a couple of years older than Charles, which is interesting -- so often in marriages of an earlier era, it seems, the husband was older than the wife.

And now, back to reading about Second Wave feminism. Speaking of which, did I ever mention the time I went to see Rita Moreno perform a cabaret act in New York, in 2004? It was at Feinstein's at the Regency, a well-known cabaret club on Park Avenue, and it was in the middle of a blizzard so there weren't many people there. I was with a co-worker, and as we sat eating and waiting for the show we gradually realized that the women at the next table were Marlo Thomas, Gloria Steinem, Elaine May and Letty Cottin Pogrebin, most if not all of whom were associated with the feminist movement and the founding of Ms. magazine. I was practically paralyzed, being in the presence of people I admired so much! It was a true New York moment.

(Top photo: An artificial flower, discarded in the cemetery.)
Posted by Steve Reed at 7:19 AM