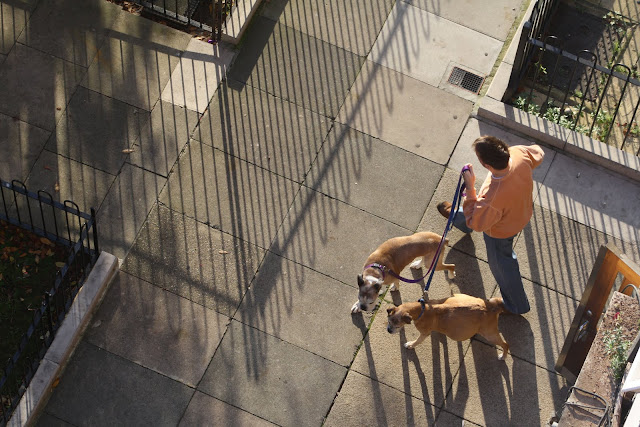 When Dave took the dogs out yesterday afternoon, our first sunny day in about a week, I grabbed the camera and took some pictures from our balcony. 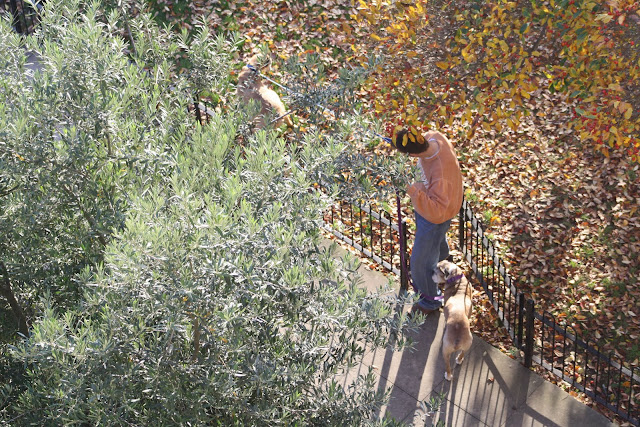 Our routine is to take the dogs downstairs in the elevator and let them into one of the gated, fenced courtyards in front of the building. Normally this isn't a problem, and another dog owner in the building does the same thing. But occasionally the courtyards are locked -- apparently because yet another resident doesn't want dogs (or children) on the grass and asks the caretaker to lock the gate. When that happens, we head for the parking lot, until our dog-owning neighbor manages to get the gate unlocked again. 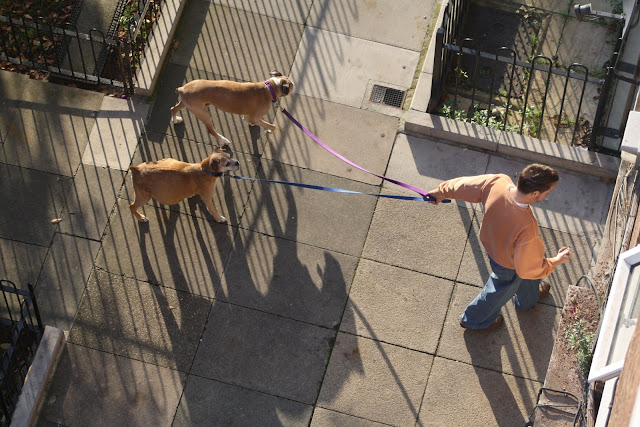 And then it's back inside! Unless it's walk time, pretty much once a day, when we take them out for a short jaunt around the block or through the immediate neighborhood.

This routine is becoming much more frequent now that Ruby is on diuretics. I've been taking her out every hour or two. I even had to get up in the middle of the night last night to let her out -- we can only hope that was a fluke. (She's very good about not having accidents inside.)

I love the monstrous shadows in that last photo!
Posted by Steve Reed at 6:33 AM