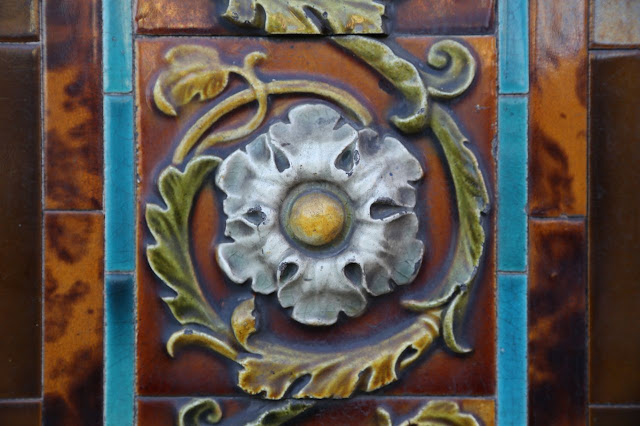 I read an article yesterday in which a conservative member of the British Parliament spoke out against "barking mad" government plans to allow churches to perform gay marriages. According to the article, the MP said "most parents would prefer their children not to be gay."

It was an interesting article for a couple of reasons. This guy said he does support full equality with married couples in civic ceremonies, so that's something. But then he raised the same old bugaboo that conservatives in the states bring up when arguing against gay marriage -- that it would be taught in schools.

I don't doubt that he's right about parents. If given a choice, I suspect most would rather not have gay children. Even in today's improving climate, growing up gay is no picnic, and parents wouldn't choose that difficult path.

But what's the link between allowing gay marriage and having gay kids? Is he saying that a more tolerant society will encourage kids to come out? That might be true, but the alternative is to have them stay in the closet and be miserable. It's not like they would otherwise be straight.

His attitude illustrates the bizarre conservative idea -- apparently prevalent in some circles here as well as the states -- that being gay is a choice. I've got news for this guy. Parents who have gay kids will have them regardless of whether marriage is available. Marriage might just make them happier! 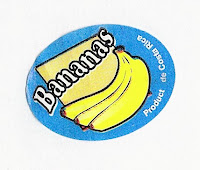 In commemoration of these bananas lawmakers, here's another banana sticker for the online collection. Seems like all our English bananas come from Costa Rica. In the states I think they came from Colombia -- but maybe that was just back in the old days, before the rise of the coca plantations!

(Photo: A tile on a pub in Crystal Palace. The pub is closed and boarded up, and I hope the building is preserved. The tile walls are incredible.)
Posted by Steve Reed at 7:00 AM

What a beautiful tile! There's something about tile that just makes me happy.
Now. As to whether or not parents would want their kids to be gay- why not? Jeez. I've never understood that. Sure, yeah, it IS going to be a harder row to hoe due to society but all kids have something going on that makes their path more difficult. Re-watch The Family Stone for a great scene in which this very topic comes up.
And you know what? I think that in twenty years (maybe less) people will just accept the fact a lot more easily that some of are straight, some of us are gay, and whoa nelly!- there are even more ways to be human when it comes to sexuality and gender! Let's get this process going so that we can all be the people we're meant to be without ridiculous shame and ostracism.

The good news is the tide of opinion about gay marriage is turning. Amid the intense conservative rhetoric of the tea party, the US is actually becoming a far more liberal country. I think the world will follow.

Captain Obvious here... People not comfortable with their own understanding of any situation look for government to pass laws intended to protect and confirm their position and to stifle and dismiss the position of others. The issue could be as important as gay marriage or as useless as legalizing the keeping of chickens in a residential zoning district. The narrow minded like laws protecting their ignorance from challenge.

I love that tile too - I want about 10 of them so I can use them somewhere in my house :)

And lastly - here's an interesting confluence of events: I have a couple of gay friends in Tennessee who had to give up their chickens because of zoning! They've since been able to get them back.

I'm betting most parents want their children to be true to themselves, happy and healthy.

Cleansing our world of bigotry would go a long way toward making that possible.

How timely- just watched Philadelphia again- it destroyed me AGAIN! It is a bit like a distant memory- rather like segregation to me now- living in WA state- Gay is not an issue, so many folks getting married! I have an issue with marriage but not who goes through with it...anyway, it is good to live in a state that is beginning to make sense.My heart breaks for the past injustice- but that's the being human experience - the cruelest of the animal kingdom.

Hmm...
everyone seems to have said it all before me.

With that said, I can only say in regard to Barking Mad:

If the general public acknowledged that human gender was very complex, I would hope that it would not be an issue. Given the climate towards the 'differently' gendered, I dare say most parents would not wish such a hard road for their children. But the idea that 'it' would be taught in school?! What the hell does that mean? This is not something that you teach someone how to be. No one taught me to be a heterosexual in school. Or does he mean that it would be taught in school that human gender and sexuality is a complex thing? What's wrong with that?

Ms Moon & Angella: I do think we're moving in that direction, yes.

UtahD: And yet they rail against "big government." Go figure!

Bug: Aren't they great? I hope if that building is somehow transformed they rescue the tile. If that's even possible. And whoa nelly, that IS a coincidence re. your friends in Tennessee!

Merle: So glad to see you around again! I hope parents' main objective is to see their children happy. Unfortunately their ideas of how that would be achieved are often different from the children's ideas!

Linda Sue: That is an intense movie. I'm not sure I could watch it again. The world needed it at that time, though.

Ellen: Once again, you've hit the nail on the head! You're absolutely right -- there's nothing wrong with teaching about the complexity of the human experience and tolerance of differences. Only those whose world view consists of a simplistic set of Biblical absolutes could possibly object.