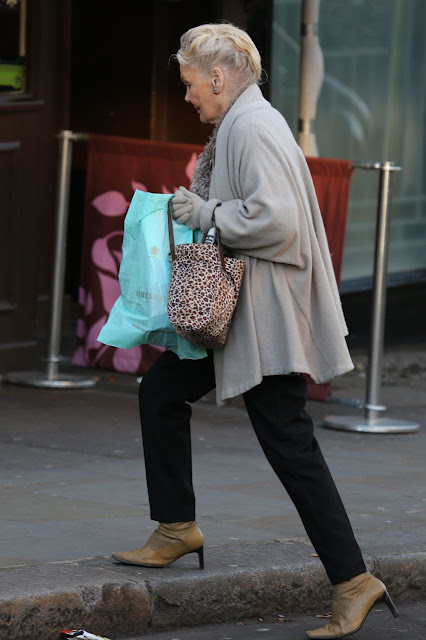 I took my camera out on Portobello Road yesterday and walked up and down a few times, stalking the interesting characters. This lady, for example, was quite stylish with her heeled boots, up-do and leopard bag. Faux leopard is all the rage these days, isn't it? I see it everywhere. 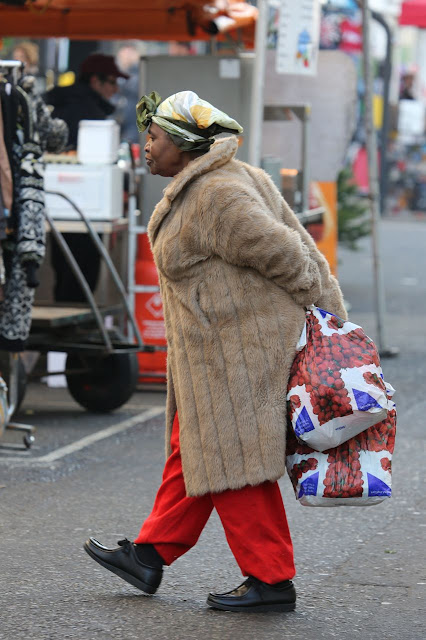 This woman sort of had a Christmas-colored theme.

I wouldn't say I got riveting photos. It was so cold that nobody was really hanging out and doing anything outdoors -- they were just hustling along, trying to get inside again. 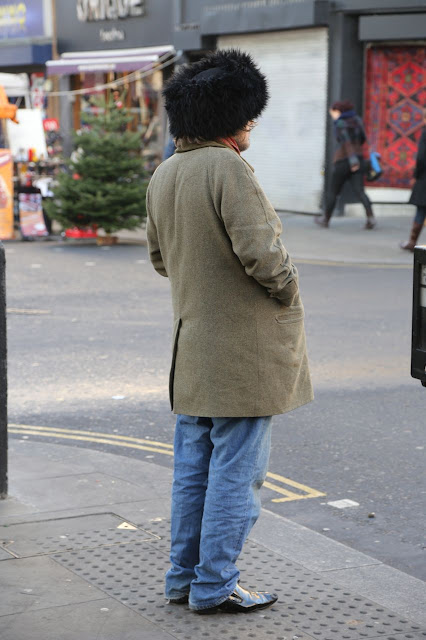 Except this guy, standing outside a pub. I think he was insulated by more than his big furry hat. Chemically insulated, you might say. His hat did get me paying attention to people's headgear, though. 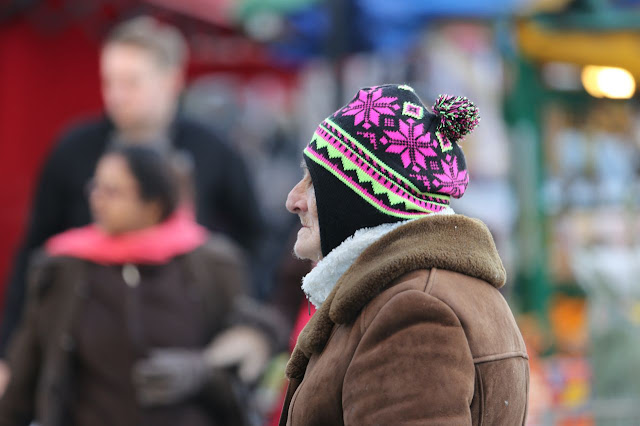 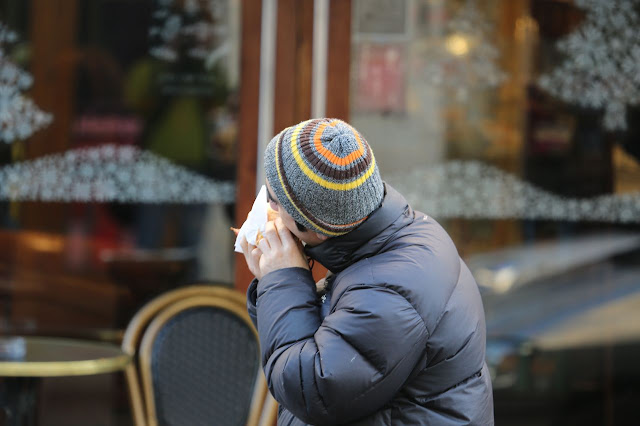 When I got back to the apartment, my hands were so cold I could barely feel them. I ran them under warm water, which initially felt good and then became incredibly painful. I need some of those fingerless gloves! (I think I've said that before.) 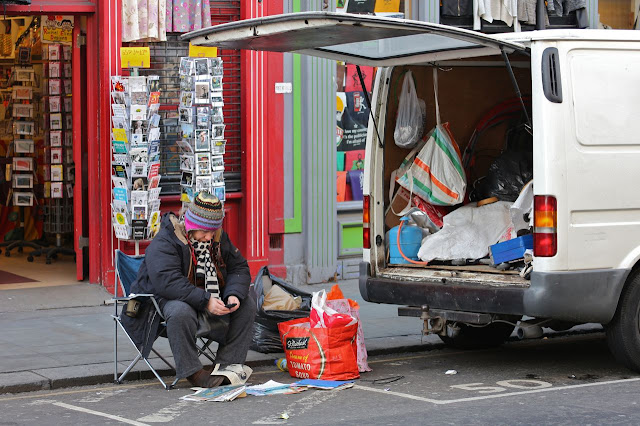 This woman was selling used clothing. Brrrrr! Now that looks like a cold job.

I also spent part of yesterday trying to make some headway in "Vanity Fair." I'm only on page 89, which means I have roughly 720 pages to go! It is not a small book. It's interesting -- I just need to focus and spend some time on it.

Last night I watched "Blithe Spirit," David Lean's 1945 movie version of Noel Coward's play, with Rex Harrison. It was great, though like all Noel Coward plays, it was clever to the point of glibness. No one has any emotional depth. I suspect Coward would have scoffed at emotional depth. He was much more interested in martinis.
Posted by Steve Reed at 6:57 AM

People really used to know how to dress, didn't they? Not so much any more. Me either.

I'm more & more looking like some sort of bag lady in cold weather - all this homemade non-matching crocheted stuff, plus my lunch bag, purse & crochet bag. I think I might have a problem :)

The juxtaposition- except that it is one on top of the other, of the two ladies is fabulous- Looks like the way Stella and I travel- Stella would be the top and I would be the other. Loving your people shots very much.