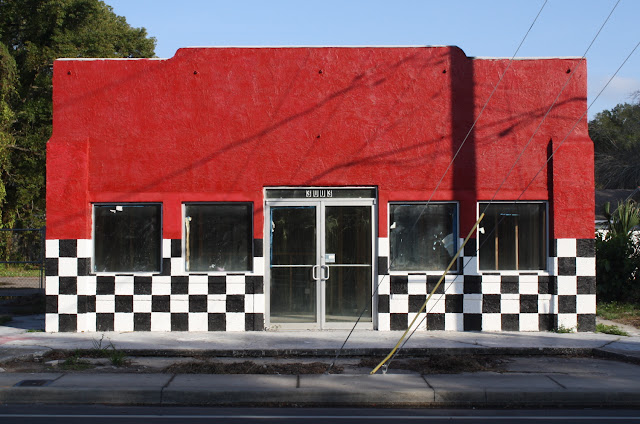 In the summer of 1979, when I was almost 13, my family took a trip to Sanibel Island. We rented a ramshackle cabin on the beach beneath some towering Australian pines, and went shell collecting every day, which is what you do on Sanibel. Among my souvenirs from that trip were four large, broken, sun-bleached shells -- three whelks and a horse conch.

When I got them home I put them on the windowsill in my room, and there they stayed until I moved to my own apartment in college. Then they moved with me, and indeed with every consecutive move those shells came along. Even to Manhattan. 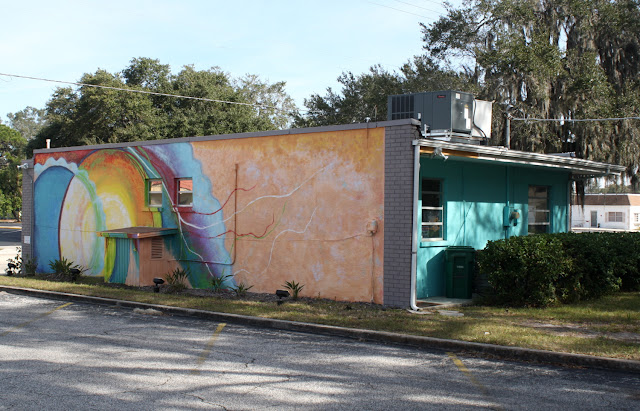 Then I moved to England. Packing those big ol' seashells and taking them across the ocean to Europe just seemed a little crazy. They would be out of place there. I decided instead to put them back on the windowsill in my old room at my mom's house.

Mom, however, is trying to cut back on the vast accumulation of stuff in her house. So yesterday, when Dave and I drove down to Anna Maria Island to see my friends John and Sue, I brought the seashells with me. The four of us went to lunch and then to the Rod N' Reel Pier, where we had a beer and watched the fishermen and the birds (including a creature called a razorbill that's apparently caused quite a sensation among local bird-watchers). Then we walked out to the beach and, without any special ceremony, threw back those shells. 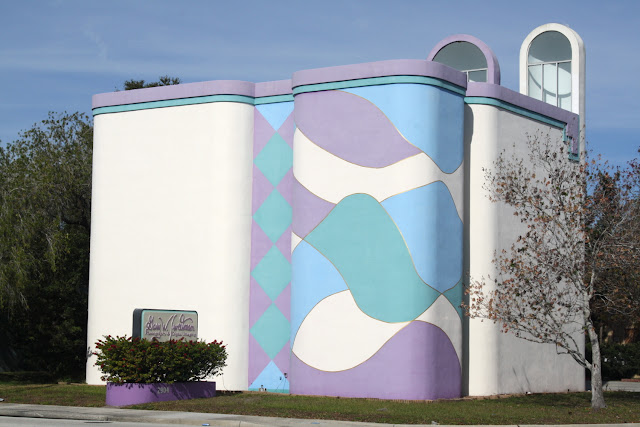 I think I've written before about my belief in returning natural objects to the sea, rather than throwing them away. It was satisfying to know that after 33 years, those shells soaked up the salt water, shed the dust they'd accumulated on my shelves and resumed the slow process of being ground down to beach sand.

(Photos: A vacant building on Nebraska Avenue in Tampa; a mural in Palmetto; Gary Sweetman's photography studio in Bradenton.)
Posted by Steve Reed at 11:32 AM

I love that, Steve. That you returned the shells to the sea.

How great is that! and I love the colorful buildings too.

Okay, sorry about that. I totally messed up that comment. :(

I love your idea of returning the shells back to where they came from. Love it. I have so may shells I have taken from the shoreline that probably need to be liberated as well. Until I moved East I have not lived close enough to an ocean to even think about sending them back to where they belong.

Sanibel is a beautiful place.

You just know that some little kid is going to find them again, take them home, put them on the sill and call them treasures...my hope is that his mother respects them enough to not toss them into the bin.
LOVE the photos!

What a great thing to do with the shells! I remember when you were moving & talked about not taking them to London.

On another matter, the last post was hilarious - thanks for making me laugh! I eat grits pretty regularly (apparently I thought I was moving to Timbuktu when we moved to Ohio because I was surprised that they were in the grocery stores here - ha!).