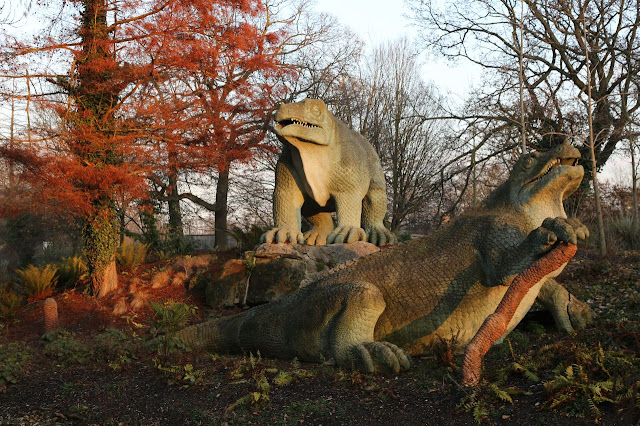 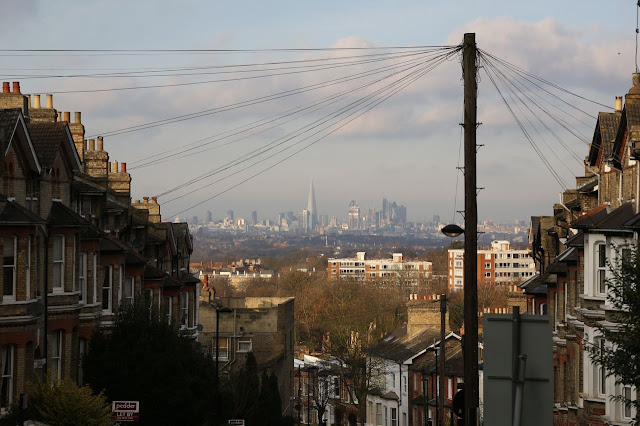 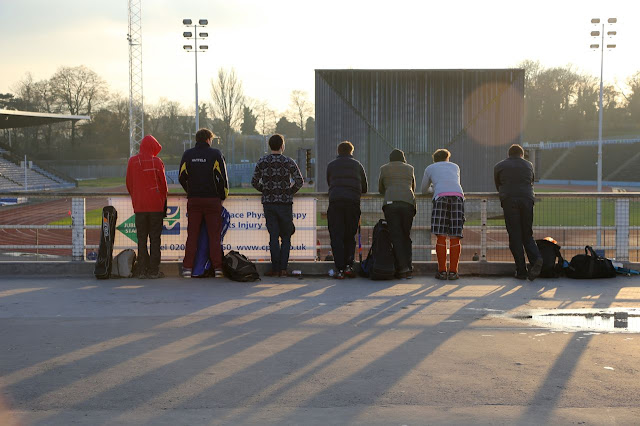 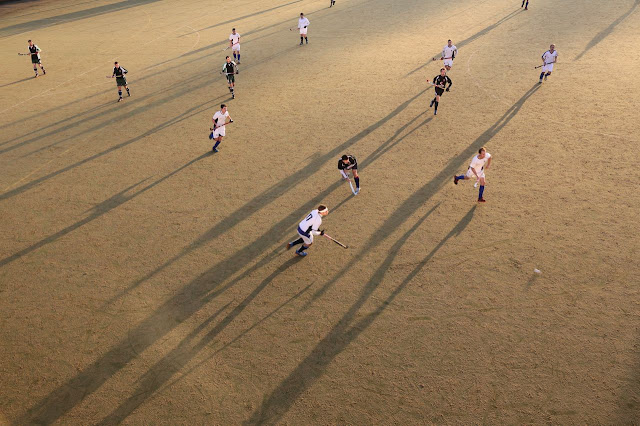 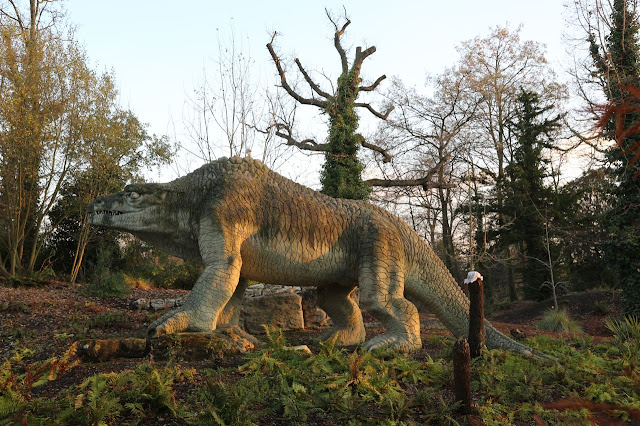 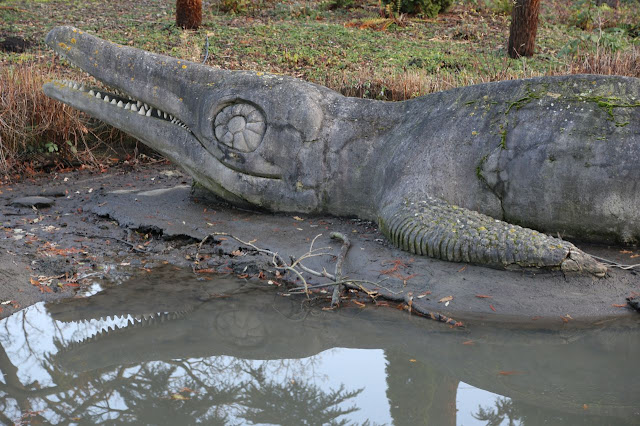 You wonder whatever possessed them to make the dinosaur sculptures originally. Was some sculpter's young son interested in those prehistoric animals?!

Sounds like a great outing. I'm glad you continue to stay in touch with your Blogger friends.

Fabulous pictures! I love the long shadows and of course, the old lizard style dinos are evocative. Wow.

What IS it about dinosaurs which are just so darn fascinating? I think that most of us fall in love with them when we're very young and for some of us, the fascination never ends.
I sure wish I could have visited the Crystal Palace but alas, even I am not that old.

You've supplied a view of London that I've never seen before. It does look like you were a very, very long ways from the heart of the city. Loved the guy with the orange socks. He jumped out from the photo even before I read your remarks.
I also enjoyed your comment about the southern position of the sun. I was just lamenting the same thing yesterday. I love the long shadows but, it seems like I'm always trying to avoid shooting right into it.

Your photos are so damn fantastic! I thought of you today as I read through the food New Yorker, particularly the profile of Ottolenghi. I wondered if you and Dave had ever eaten at one of his restaurants.

Barbara: I think the Victorians were captivated by dinosaurs, having only recently discovered them. I definitely try to keep up with my blog pals!

Reya: Thanks! The shadows ARE terrific now.

Ms Moon: They're the closest thing to real monsters that we have, don't you think? (Well, aside from Mitch McConnell.)

Sharon: In all fairness, the orange socks are covering shin guards, so he's probably a hockey player himself. Maybe those are team colors. Not sure about the plaid, though!

Elizabeth: Ottolenghi is literally right around the corner! We've been there several times, though we usually get stuff for takeout -- snacks or light deli foods.I haven't read that profile yet, but I did see it!