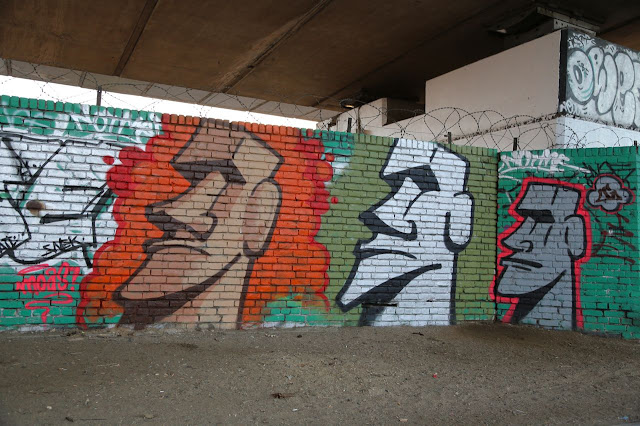 I know this feeling. Sometimes I can barely stand to go in a book store where they have all those...published...books.
Keep on, darling. Keep on.

yes I know that drill. here's the thing. you can't compare yourself to others. That's an exercise in futility, in discouragement. Just do the best work you can do.

yep, definitely a sign! time to book passage for a little wander!

i'd love to send you some of our weather - unseasonally warm, come on it is december we're supposed to have snow no be able to run around in just one's shirtsleeves

There is a great movie about a quest to follow (some 40 years later) in the footsteps of climbing legends Yvon Chouinard and Doug Tompkins who ventured by Van (!) along the west coasts of North and South America, to Patagonia. The 2008 trip recreates the quest only by boat. Along the way they stop in Rapa Nui, for an extended stay after losing their boat's mast, to try to work repairs. The footage of the island and their adventures is awesome. The whole story is awesome. Movie Highly recommended. Might get your Easter Island urges flowing...

Much more interesting than spray paint, no matter how 'artistic'! HA!

I have family members who tell me I should write for a newspaper or publish my poems - as if! These folks are pretty clueless about the real world. But I think you have actual talent. I don't have any advice, except don't give up!

I don't have any advice for you either except just to keep on enjoying your photography without worrying about a breakthrough to something else. If you start to think the kinds of things you are now thinking about your photography, it may begin to drag you down and take the enjoyment out of it.

Hah! Easy for me to say because I never had any expectations for my photography, I just do it because it makes me happy. :)

Cool art! Sorry the other got painted over but I guess that's the deal with street art. I know what you mean- REALLY, we have the exact same weather. It is 3:30 in the afternoon and dark, wet, socked in. Dexter keeps me from dwelling...
You know, Morocco is pretty close, closer than Easter island- you could pop down there for some shine! I love Morocco,not the cities, the tiny places. AND it can be very affordable if you don't require fancy...I think I have just talked myself into a trip!

Nancy: Thanks! I guess it's kind of like finding a relationship, right? It happens when you stop looking!

Ms Moon: That's exactly it -- the sheer volume of work out there, and so much of it published already! Yeesh.

Ellen: Those are the wisest words I've heard in a while. You're absolutely right. I just have to do my thing.

Kim: There are many places where we need to book passage!

Utahdog: I will check out that movie! It sounds great. How do you find these things?

Lynne: That's a healthy attitude. I was thinking the same thing myself last night. I should just keep doing it for enjoyment and stop trying to make it into something else.

Linda Sue: Having lived in Morocco, I completely agree with you! Dave and I keep talking about going down there. We'll do it one of these days!